Three Ironman races on a single weekend leaves me with a lot of analysis work for the week ahead, so I’m grateful that Ironman Sweden is already finished and I can make a start. In 2012 Sweden was one of the fastest Ironman races on the calendar with 26 age groupers breaking the 9 hour mark. The question is how much of this came down to an exceptionally strong field or conditions on the day. This year went some way towards answering this – the second edition of Ironman Sweden was distinctly slower than the first.

That’s not to say Ironman Sweden 2013 was slow, but as the distribution of splits show (top) this year’s race saw a significant rightward shift in all three sports. Comparisons with the 2012 European distributions (second chart) still place Sweden towards the leading edge of European race times. By no means is this a slow race. A further comparison with the standard for fast European courses, Frankfurt, demonstrates that this year Sweden was somewhat slower than Frankfurt. A fast course, but requiring excellent conditions and a strong field to see the kind of results 2012 achieved. 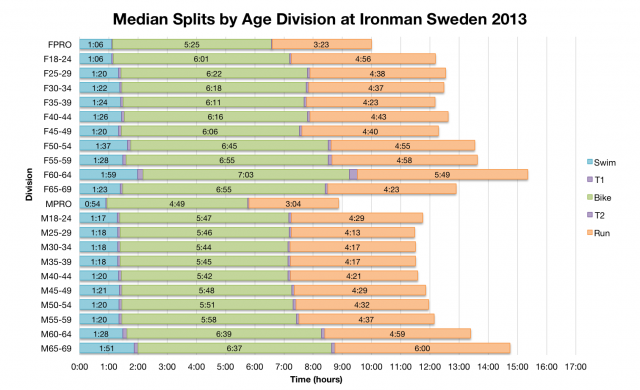 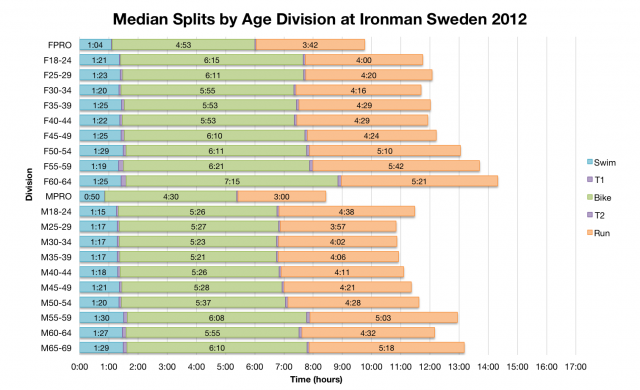 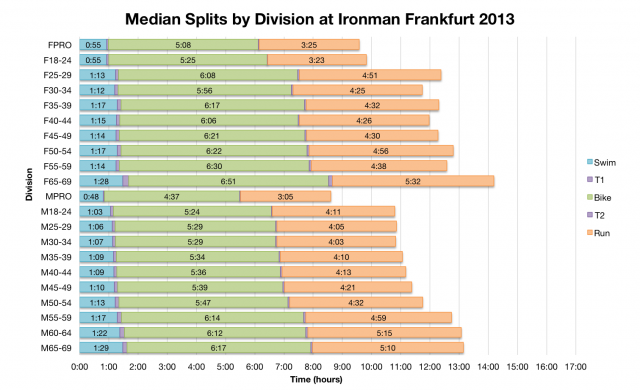 Unsurprisingly the median splits for each age division also demonstrate the shift in this year’s race results. Again using Frankfurt as the basis of comparison we can see how the 2013 race was much slower than the European Championships while 2012 was typically faster in everything apart from the swim. 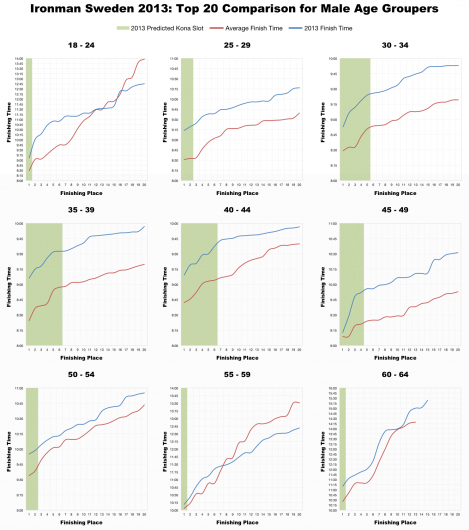 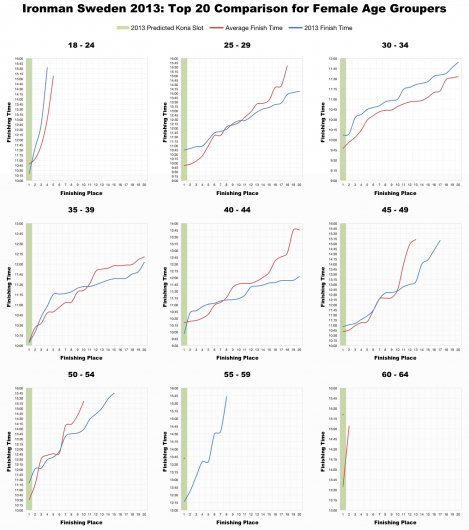 The impact of windy conditions in Kalmar was seen right to the front of the pack. It’s particularly notable in the male field, but the top twenty finish times were significantly slower this year, often by the order of 30 minutes. The smaller women’s field shows a less consistent pattern of differences between the two years, but overall agrees that 2013 was slower for front-of-pack athletes. The 2012 times were a poor indication for Kona qualification when conditions became tougher.

It appears last year’s results were at the leading edge of times for this course – the combination of perfect conditions and a strong field. This year however may have demonstrated the slower end of the spectrum and shown what the Kalmar course offers with more challenging conditions. Certainly expectations following the 2012 race need to be adjusted.

I’ve uploaded a spreadsheet of the full results and splits for Ironman Sweden 2013 to my Google Drive. 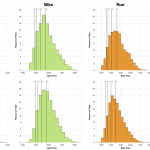 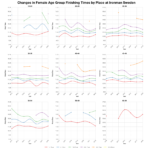 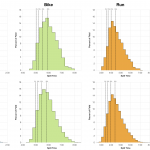 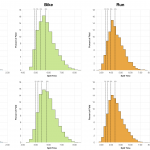