The second Ironman this weekend is Mont-Tremblant and as the North American Championship it comes with 75 last minute Kona slots. It’s a hilly course, but despite this has so far trended faster than most other North American races. Times at the very front of the pack are fast and there’s definitely some competition for those slots, but the biggest difference comes further back in the field with fewer athletes at the tail.

More detailed age group specific statistics are available to download at the bottom of this page. 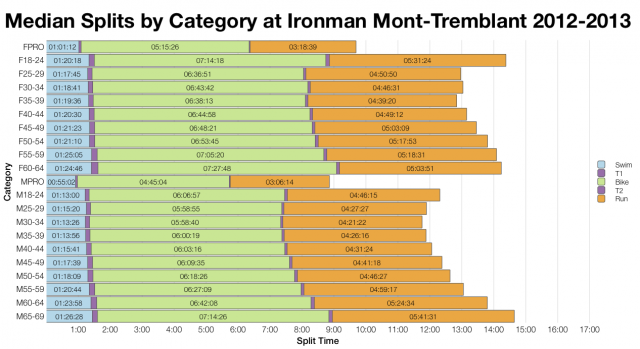 Comparisons of median data between Mont-Tremblant and other US races show that on bike and run at least Mont-Tremblant tends to be faster. It’s even true in the professional field where splits have averaged faster; the North American Championship title probably carries some weight there.

Comparing the distribution of splits and it’s clear there’s little difference between times of the front of pack athletes at Mont-Tremblant and other US race. The top 5-10% show very similarly swim and bike splits and only slightly faster run splits in Mont-Tremblant. It’s from 10% back to 50% of the field where we see much more weight – the midpack is faster. This might indicate a little more depth to the age group field at this race.

Kona slot allocations are estimated from the start list available on the Ironman site; actual numbers will vary. Seventy-five slots mean age groups are a little better off than we normally see with M40-44 likely to get 10 slots allocated. 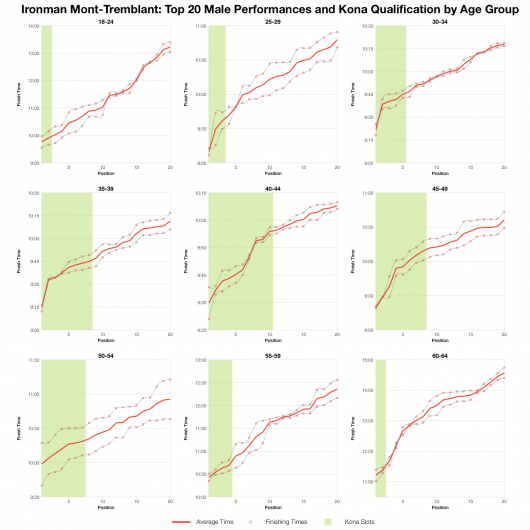 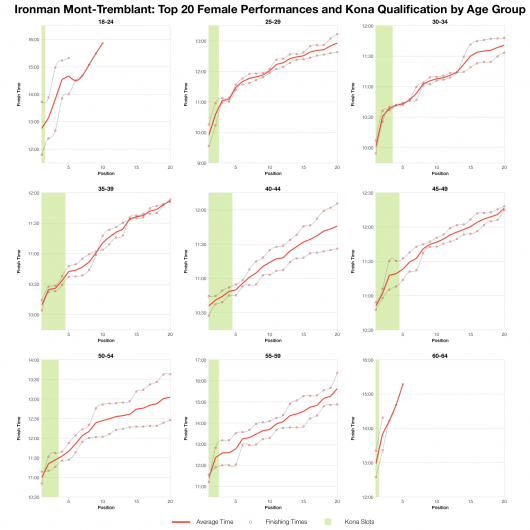 Having only 2 years of results to work with means the top twenty times gives fairly limited guidance towards likely performances for Kona slots. In both male and female age groups the winners are often significantly ahead of their competition and there’s quite a steep drop off in times from first to tenth. Under the age of 40 men will likely need to go under 9:45 while women will need to be under 10:30-10:45.

More detailed statistics for individual age groups are available in the PDFs below.

An analysis of results from Ironman Mont-Tremblant 2014 will follow at the start of next week. 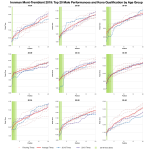 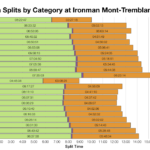 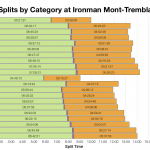 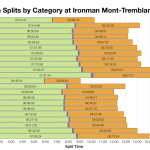