What particularly marks this year’s Ironman Lake Placid out is the lack of a pro field. Without the pros there’s also little coverage of race day, so while my analysis of the results can tell you it was a slow day I can’t speculate as to why. Removing the pros clears the very top end of performers from the results, but the shift in times indicates that there was more to the slow down.

Update: this analysis includes the 2014 results when a storm affected swim times (some athletes only completed a single lap). As this will influence the comparison I’ve produced some updated charts which can be viewed here. The 2015 race remains slower than usual, but the margin is smaller than implied by the medians and finish time distributions below. 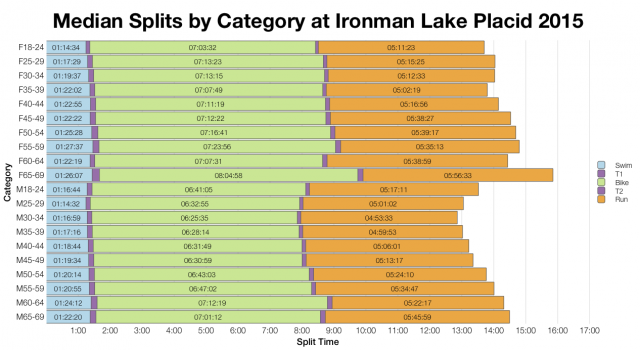 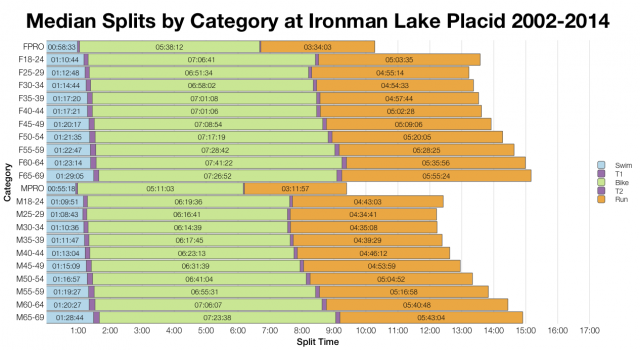 Comparing the median splits from this year’s race with those from past events what’s quite apparent is that across the age groups this year’s race is slower. Unusually this is true in all three disciplines and largely consistent from youngest to oldest age groupers. This almost universal shift in times suggests conditions played a role in performance at the event.

This shift is perhaps better illustrated through the split distributions. Again comparing this year’s race against the past each distribution comes out slower. Removing the pros from the very front of the field will naturally have an affect, but the impact here is much larger than I’d expect. The median finish time falls back by at least 40 minutes on the previous averages. 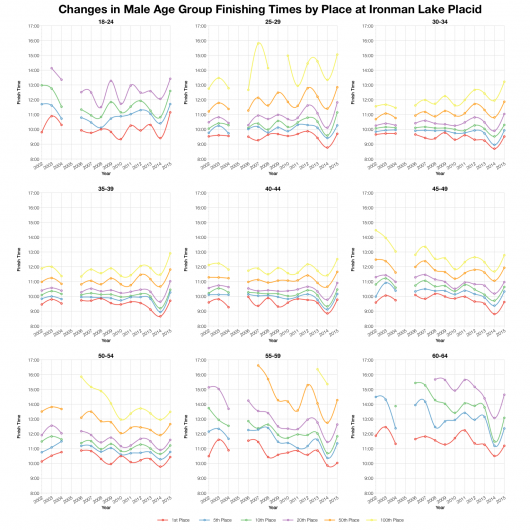 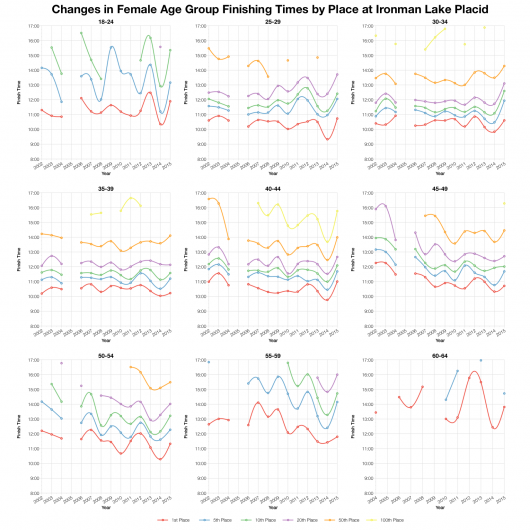 Following finish times across a number of years shows that this year’s race – at least for those finishing in the top 100 of their age group – was much slower than 2014 and mostly slower than the previous 12 years of racing. I’ll note the picture is incomplete as 2005 results are missing from this data set. Even so this year’s result fall on the slower side for the race. 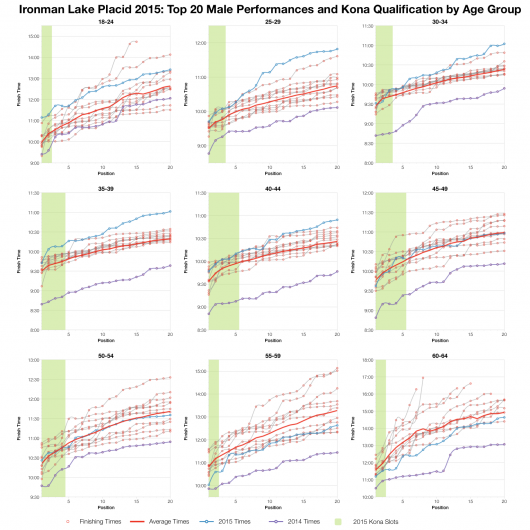 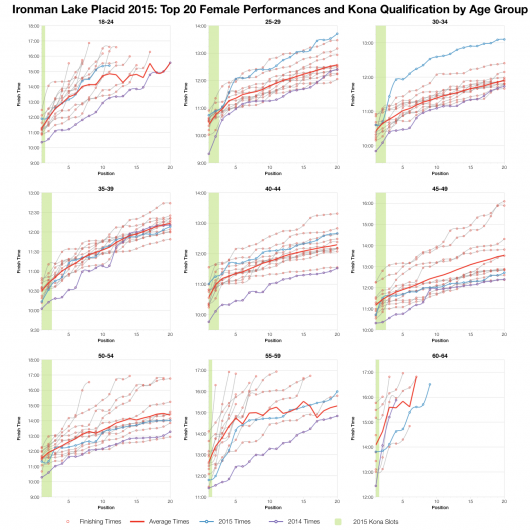 Looking at the front of the age group field (also the front of the race without the pros) most come out a little slower than the race averages and few come out faster. Where the 2014 race was much faster than usual 2015 sits heavily at the slower end of results. I’d note age group winners tend to fall much closer to the average, it’s really outside the top three where the gap opens, so Kona times aren’t too far off expectations.

A full spreadsheet of results and splits from Ironman Lake Placid 2015 can be accessed on my Google Drive. I’d be interested to know what race conditions were like on the day to help explain the shift in results. 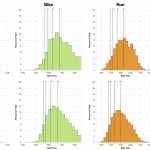 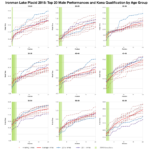 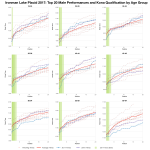 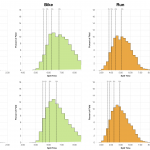