As of 2019 around 45% of Ironman 70.3 competitors are under 40 compared with 50% in 2012. Here I’ll look at the number of competitors across age groups and how that has changed over time and varies across regions 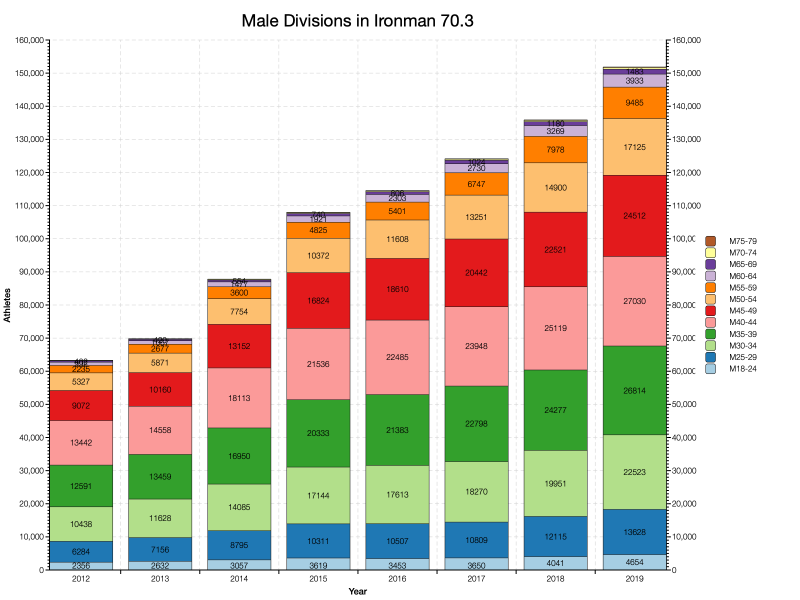 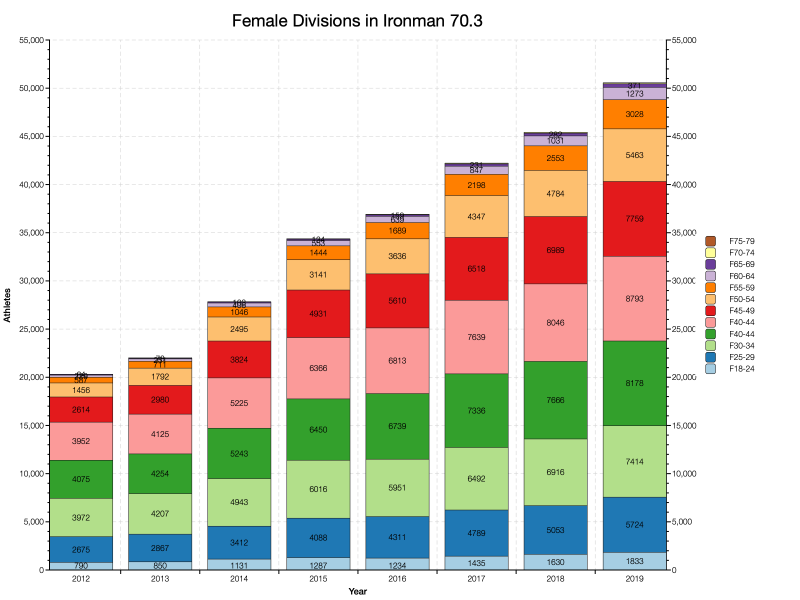 There has been consistent growth in numbers at Ironman 70.3 over the last 6 years and that growth is shared across all the age groups. There are no contractions as seen in some sections of the Ironman demographics. 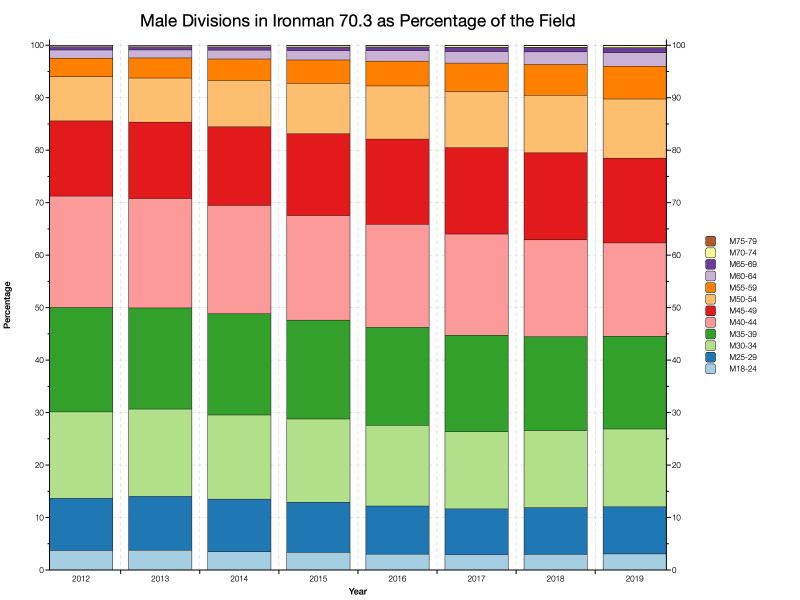 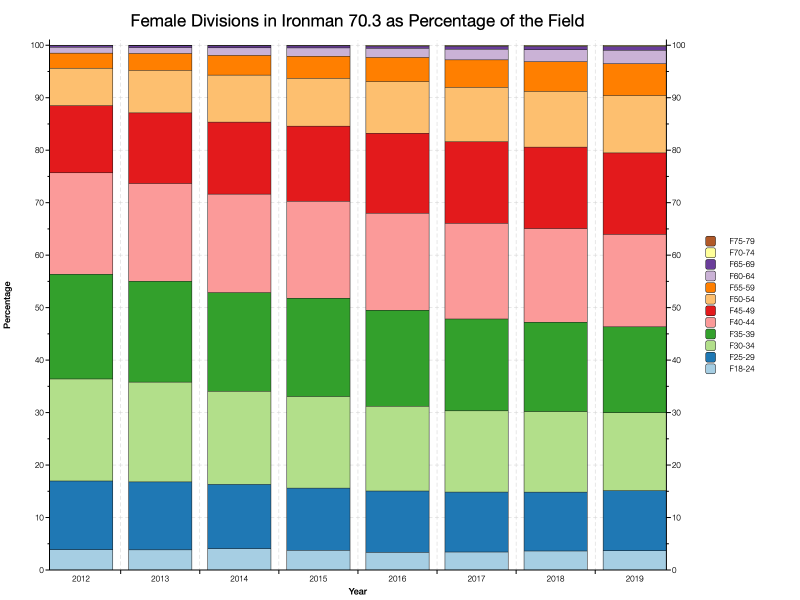 The growth is not proportional over all age groups and as with Ironman it's older age groups that are growing more quickly. those between 50 and 60 in particular have seen big growth. While those between 40 and 50 have largely remained static in as a proportion of the field. Ironman 70.3 also appears to be ageing up. 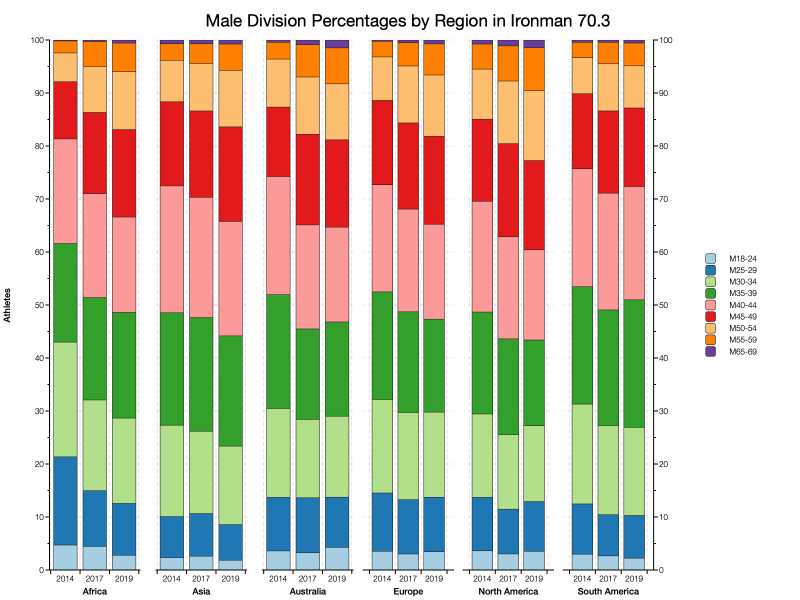 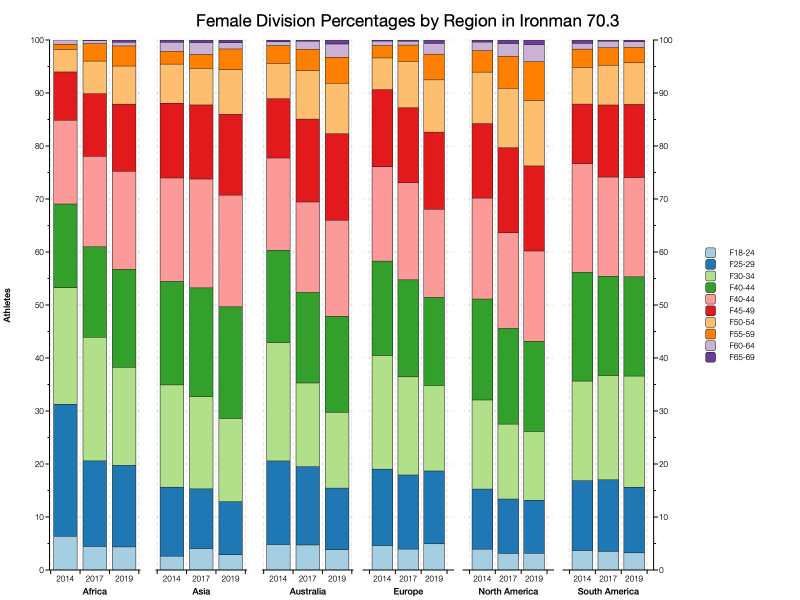 With the exception of South America most Ironman regions demonstrate this ageing up since 2014. The rate of change has slowed since 2017 though, particular among the male age groups. For men the shift appears to be most pronounced about the age of 50.

You can continue exploring 2019 Ironman 70.3 Demographics below with more detail on overall entrants, plus age group and nationality of competitors.