While 51,000 US athletes competed at Ironman 70.3 in 2019 the growth of the race series outside of North America made this only 30% of the total field. Here I'll look at where athletes come from and how that has changed over the last 6 years. 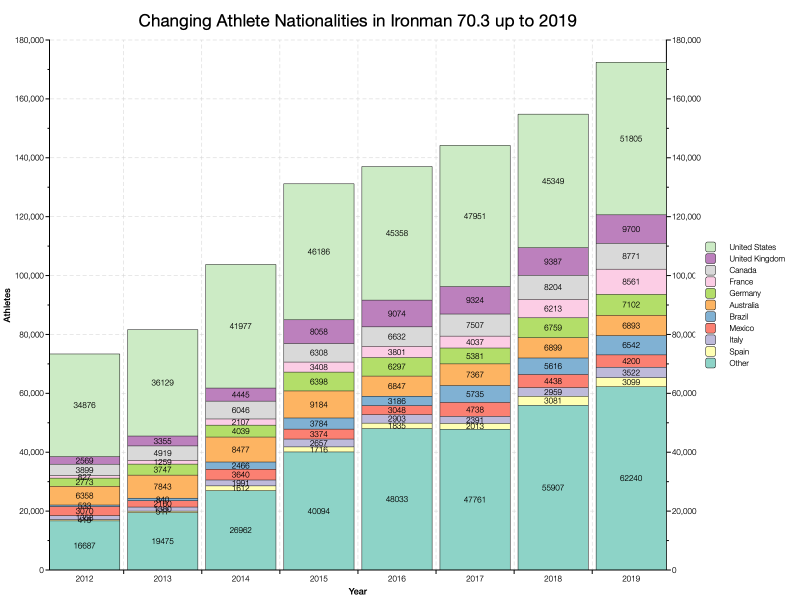 Considering the 10 most numerous nationalities in Ironman 70.3 in 2019 we can see that over the last 8 years they have generally shown growth. As a group though all the 'Other' nationalities competing in Ironman 70.3 have grown at the fastest rate. Races have spread around the world and opening up access to many more athletes. Proximity to a race is likely one of the biggest factors in determining where competitors come from. 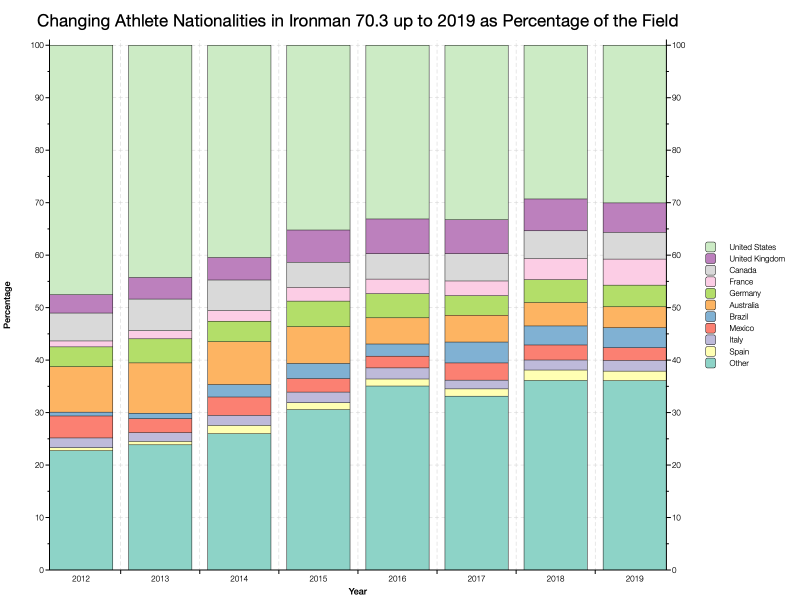 As a percentage where US athletes were almost 50% of all competitors at Ironman 70.3 in 2012 they are now just 30%. Most of the other largest nations have remained static, with Australia being an exception. The main area of this growth is diversity with an increase across a broad range of nationalities grouped as 'Other'. 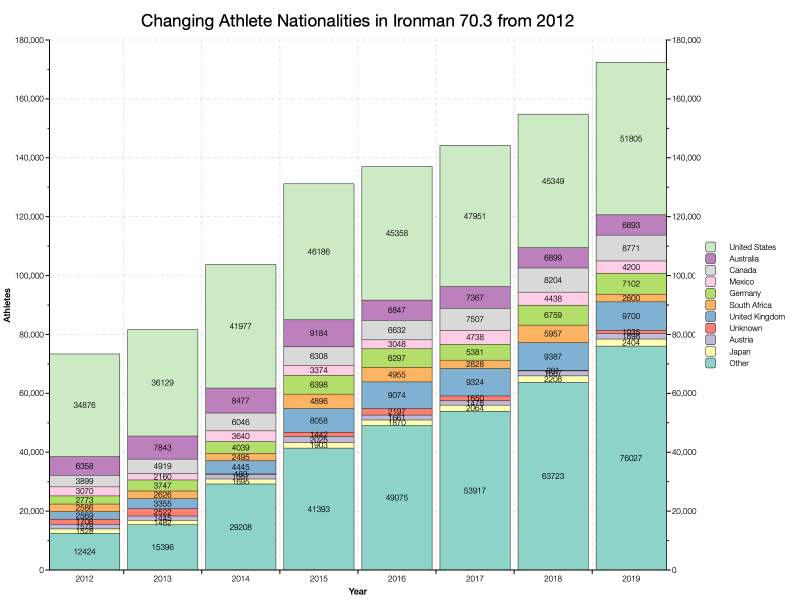 Turning things round and looking at the most common nationalities of 2012 we see a few different countries make the list. We also see that the data on nationalities was less consistent with a larger number unknown. Shifting to this perspective highlights a much bigger shift in the 'Other' category as the balance of competitors changes. 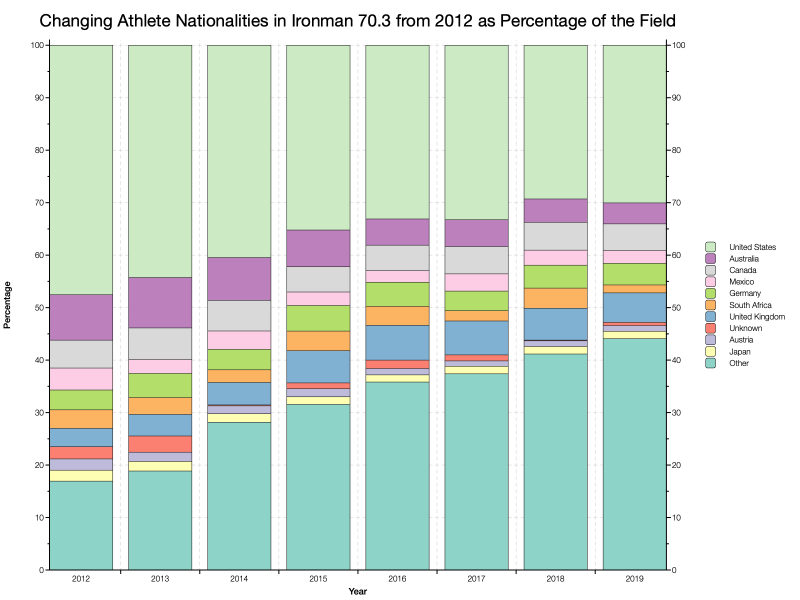 That is reflected as percentages too with 2012's 'Other' countries accounting for 45% of the field by 2019. Certain locations have seen more growth than others. There are a lot more European countries in the 10 largest of 2019 than there were in 2012. Race locations have contributed a lot to these areas of growth.

You can continue exploring 2019 Ironman 70.3 Demographics below with more detail on overall entrants, plus gender and nationality of competitors.