Participation in Ironman 70.3 races has increased at an incredible rate over the last 6 years now exceeding 200,000 entrants in 2019. Here I look at the history of participation numbers and their distribution over Ironman regions. 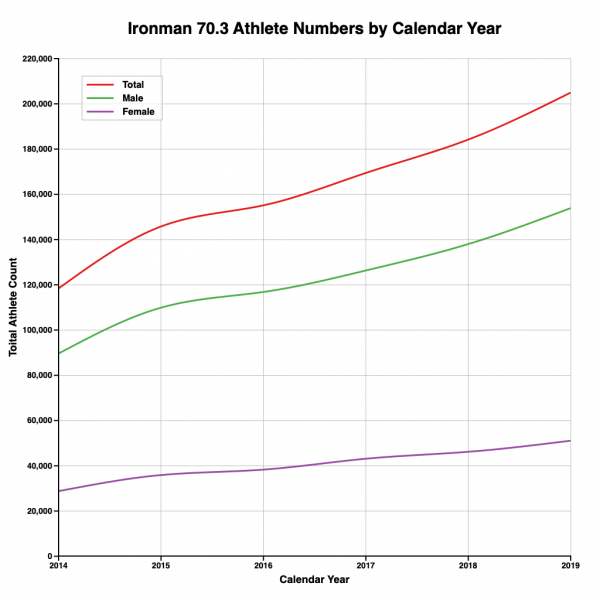 Growth in 70.3 numbers has been consistent over the last 6 years. This largely reflects the increasing numbers of 70.3 races on offer around the world. While full distance Ironman has been static in this time 70.3 has continued to add races and participants. 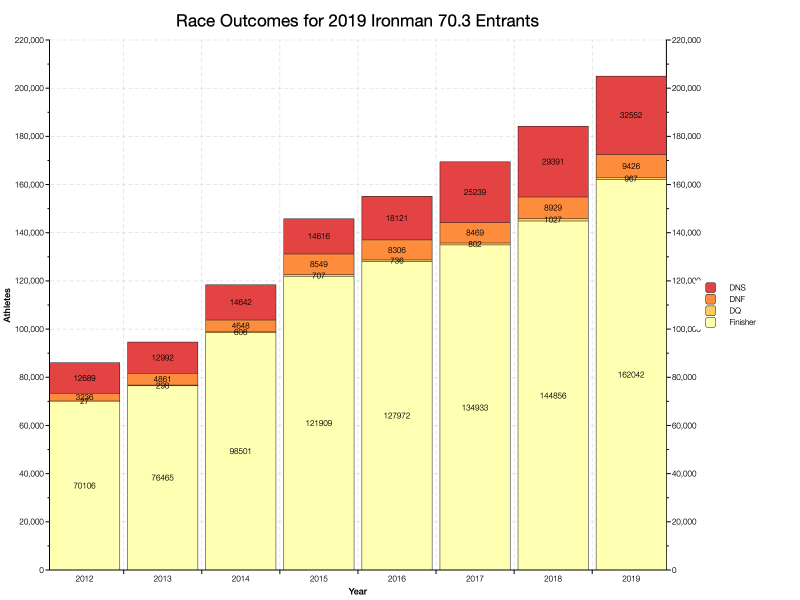 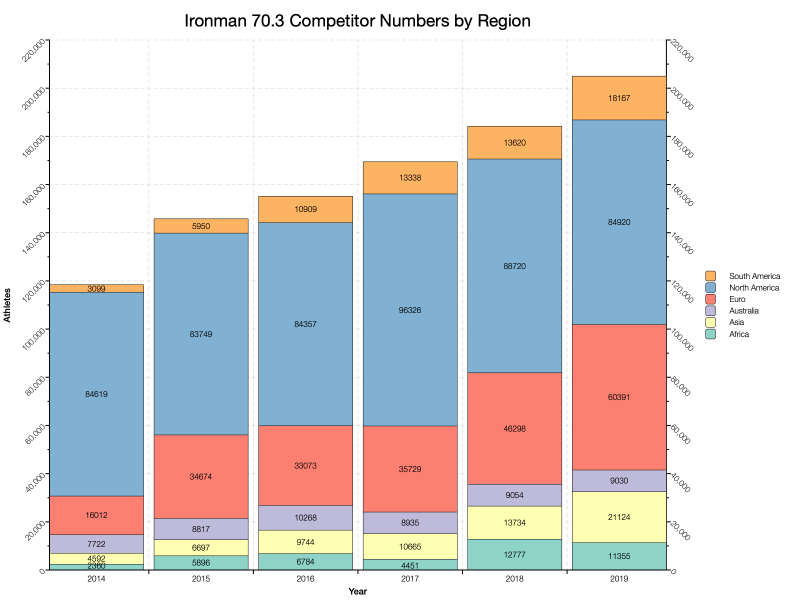 As with Ironman Europe is the major growth region for 70.3 racing. Here the largest shift in numbers is seen, while the US has returned to 2014 levels after a peak in 2017. Aside from the locations of new races, another factor in 70.3 demographics may be a moving World Championship providing a local boost in numbers. 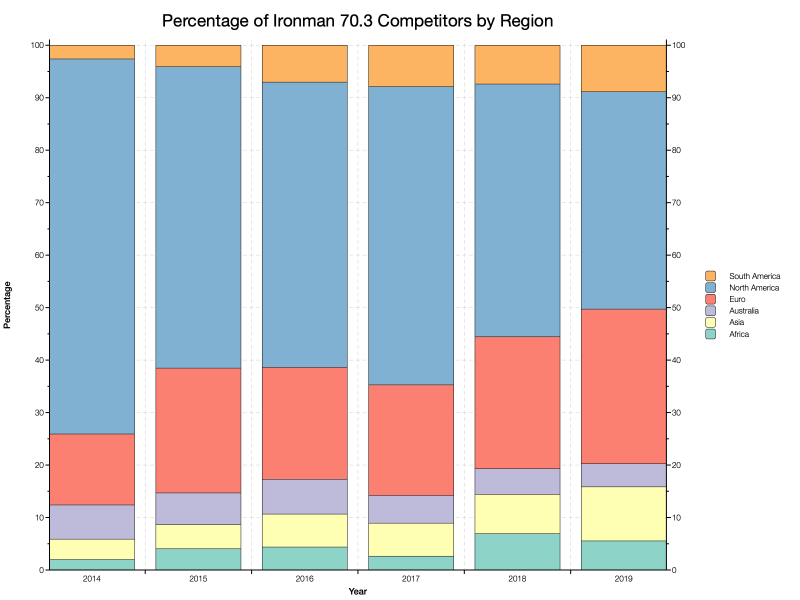 Considering the percentages shows that it's outside of North America where Ironman 70.3 has grown. As a proportion father field Africa and Europe are probably the largest growth regions of recent years, but both Asia and South America have expended too. 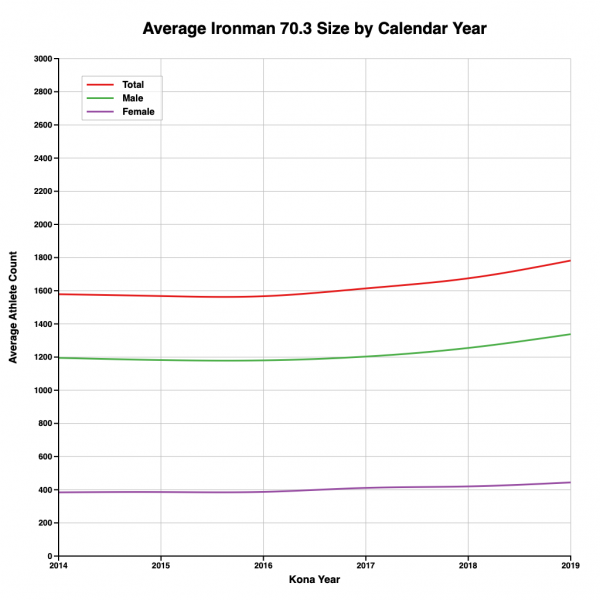 Not all of the growth is down to increasing race numbers. The average size of a 70.3 race has increased by 200 entrants over the last few years. While there are more race options there are also, on average, more competitors at each race too. 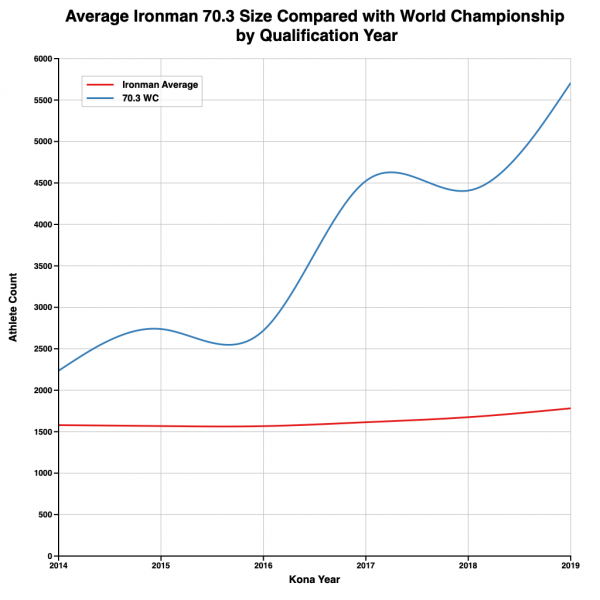 The introduction of a two day Ironman 70.3 World Championship has obviously made the numbers for the championship race rocket up in comparison with the shift in 70.3 race size globally. Unlike Kona there aren't venue restrictions on numbers to consider either allowing much more scope for expansion.

You can continue exploring 2019 Ironman 70.3 Demographics below with more detail by gender, age group and nationality of competitors.