As of 2019 over 60% of Ironman competitors are over 40. Here I'll look at the number of competitors across age groups and how that has changed over time and varies across regions 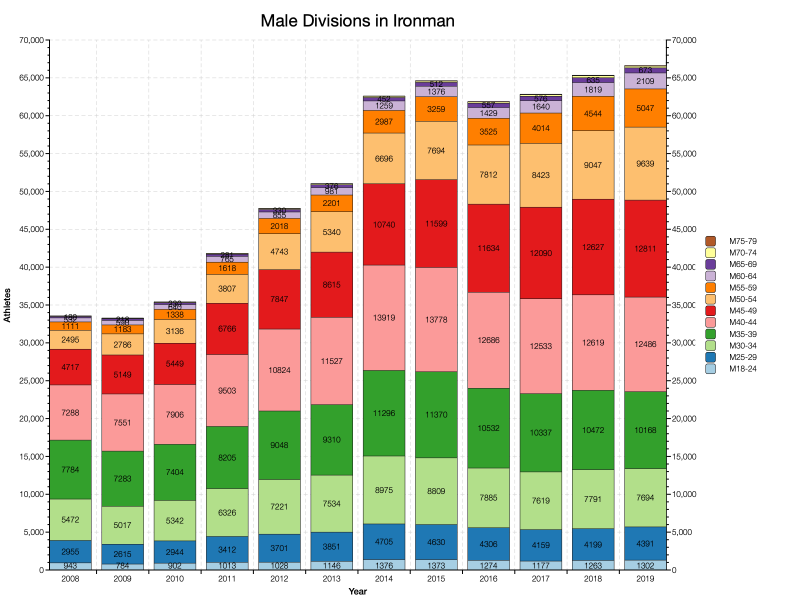 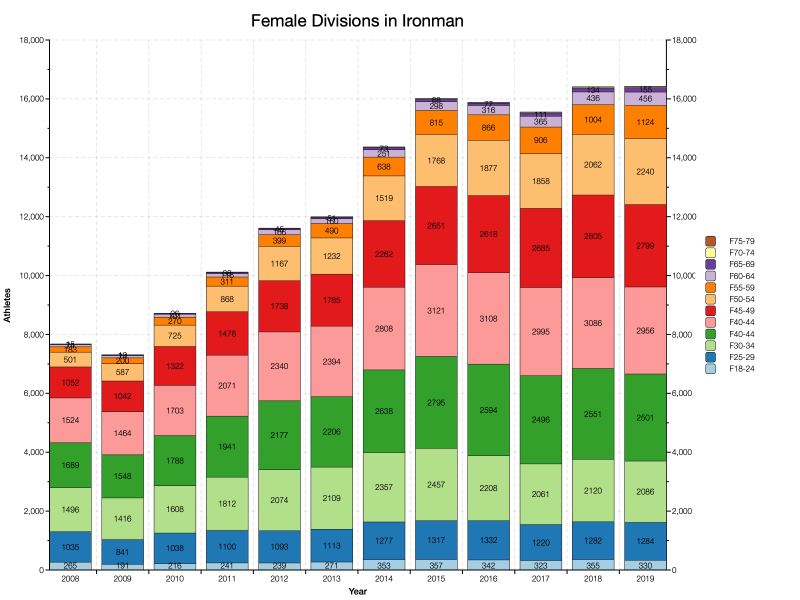 The growth in Ironman over the last decade is largely shared across all age groups. Numbers increase rapidly up until 2014 when the pace of Ironman's overall growth slows. The increase isn't evenly distributed though and it's age groups over 40 where we see the largest increases. After 2014 while there is some small growth in overall numbers into 2019 the balance of age groups shifts with numbers in the 30-45 range reducing as number between 45 and 60 increase. 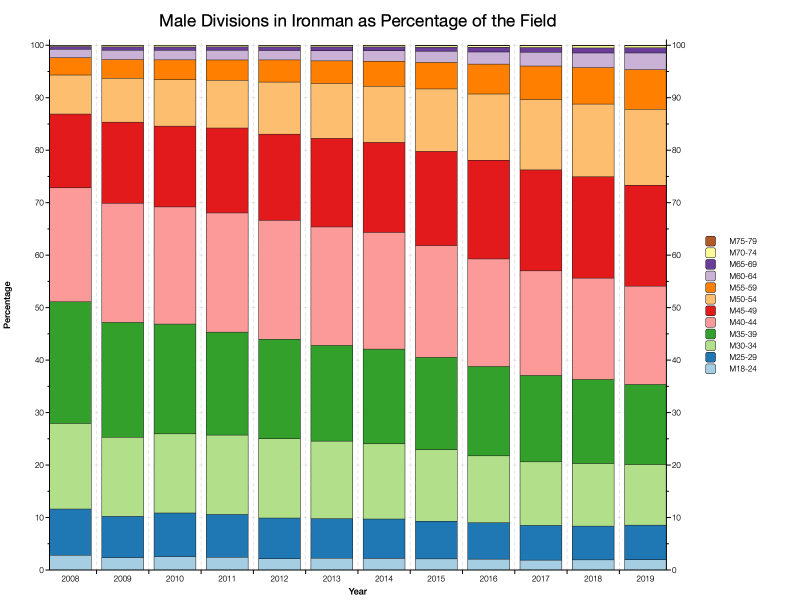 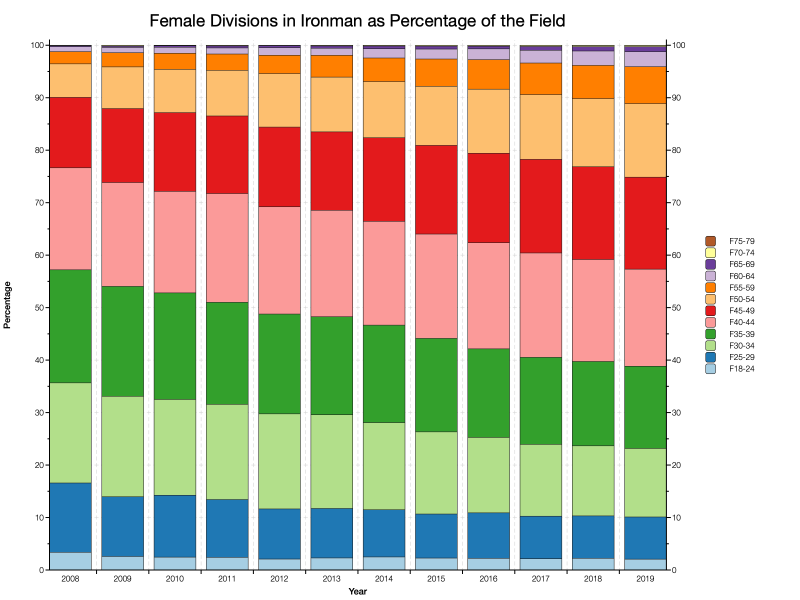 This shift towards older Ironman athletes is more clearly illustrated by the percentages of athletes in each age group. For both men and women the last decade has seen an increase in older athletes. From around 25% of the field being over 45 to nearer 45% of the field. 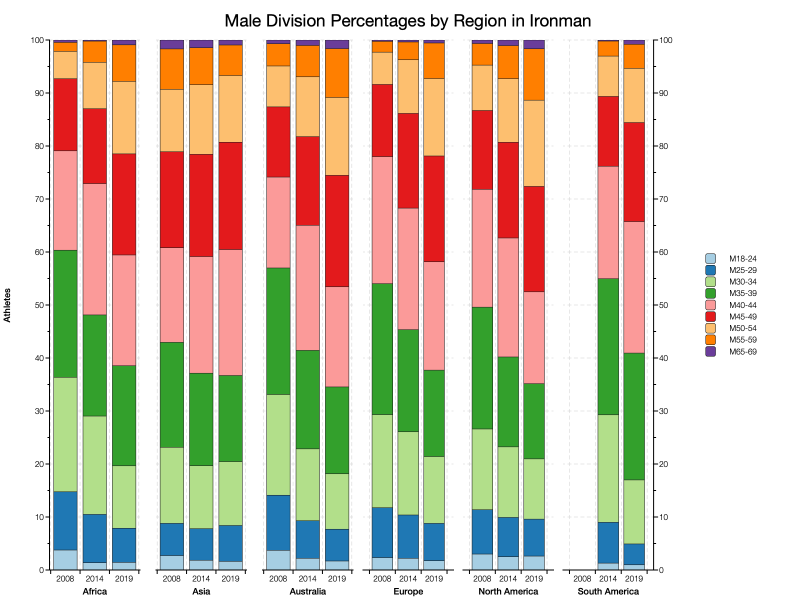 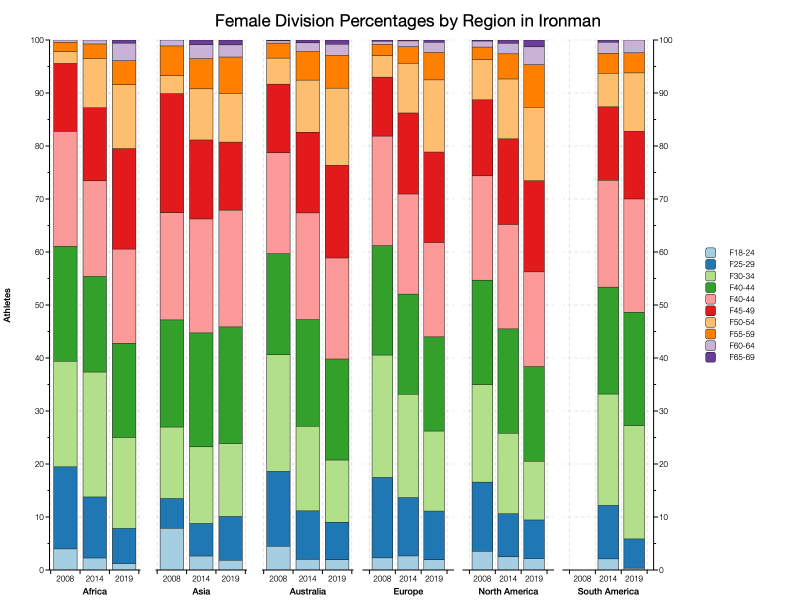 The trend towards older athletes holds true across Ironman regions. Asian races have drawn older competitors for longer, but in most regions the number of over-40s now make up 15% more of total competitors than a decade ago.

You can continue exploring 2019 Ironman Demographics below with more detail on overall entrants, plus gender and nationality of competitors.