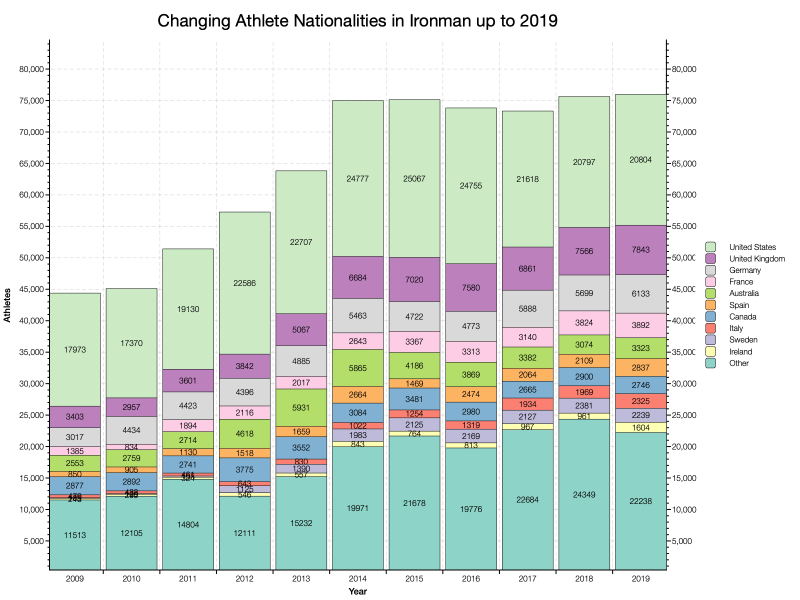 Considering the 10 most common nationalities of Ironman athletes in 2019 we can see how there has been a shift in athlete numbers along with the growth. US athlete numbers peaked in 2014 and have decline a little since, many other nationalities have seen growth in numbers that has plateaued in recent years. Some appearance in the chart, like Ireland, reflect the arrival of a new local race on the calendar. The 'Other' category, a group of all the other nationalities represented in 2019, is the one that saw the biggest growth over the decade. Numbers have doubled since 2009, but most of that change occurred prior to 2014 when growth significantly slowed. 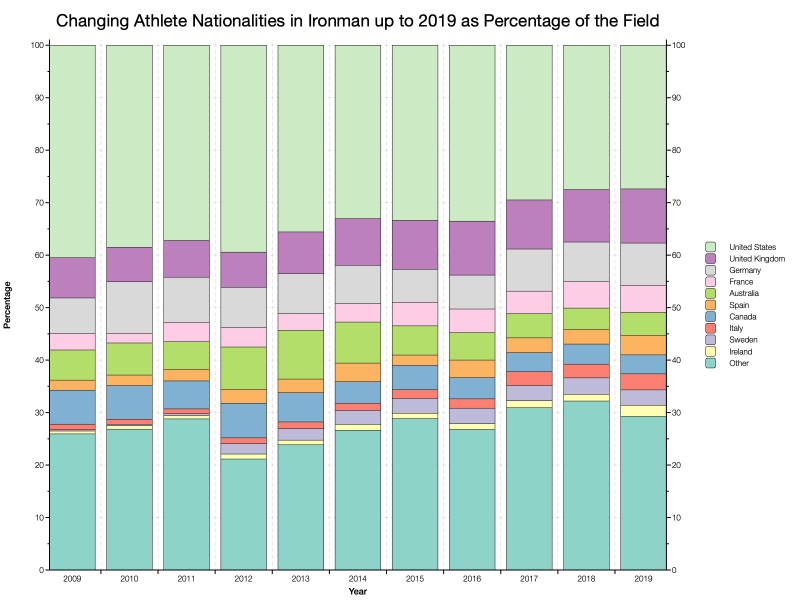 Percentage representation gives another view point on this change. Here we see that US athlete numbers have dropped from 40% of competitors to around 28%. also, while 'Other' nationalities have doubled in number this is only a small shift as percentage of field. In fact many of the other major competitor nations have seen small increases over the time frame. The growth has been spread across them along with a general build up of other nationalities. 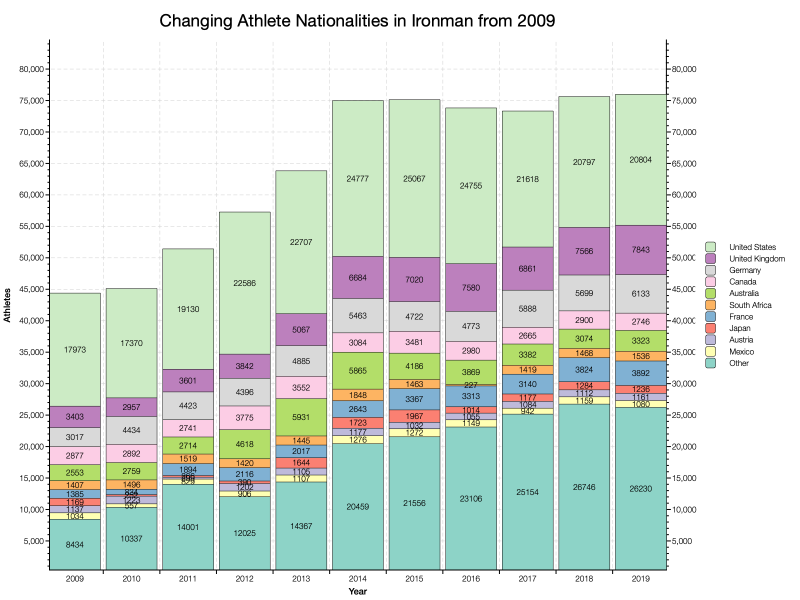 An alternative is to consider the ten most common nationalities in 2009 and see how they've changed since. The mix of countries changes somewhat with South Africa, Mexico, Japan and Austria among the most numerous. This likely reflects the distribution of available races at the time. Similarly, the lack of growth over the period for some of these nationalities is also a good indication of race availability. While many do travel for racing, they don't necessarily travel far. 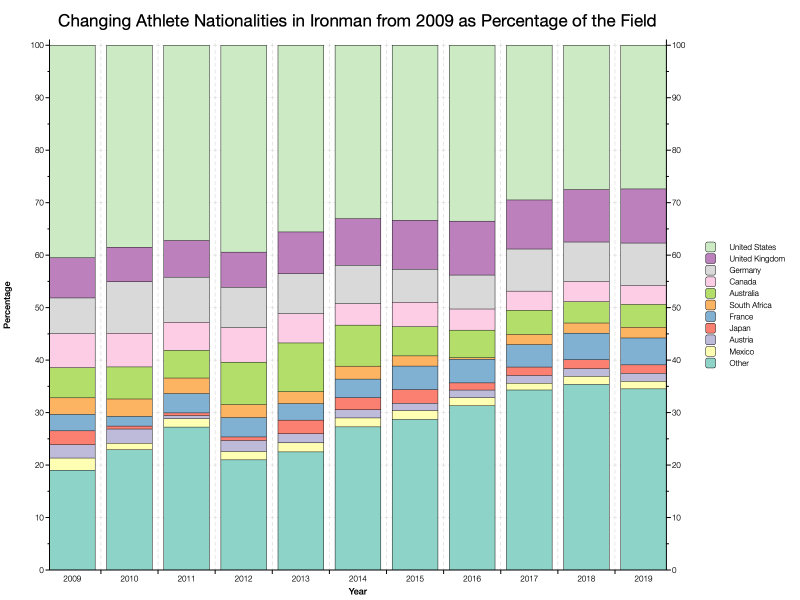 From this angle the growth of 'Other' nations is more significant, from under 20% to 35% of the field. Again access to races is likely a major factor here allowing more athletes to race closer to their home.

You can continue exploring 2019 Ironman Demographics below with more detail on overall entrants, plus gender and nationality of competitors.