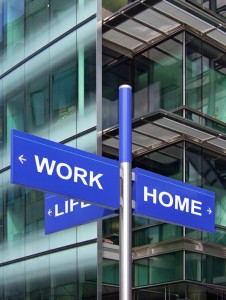 For a large part of my working life I very clearly fell in the work to live camp. I think it’s fair to say the scales were tipped pretty heavily in favour of life over work. Life was more specifically training and racing. Not long after choosing to take a break from work and focus on training it became pretty clear that if I hadn’t made that switch I would have been in a position where I couldn’t continue to train as I wanted and work as my employer would want. Some might say the latter had never bothered me that much anyway!

That was then and now I don’t have traditional work, but in a sense I like to consider training as my job now. Sure I don’t get paid for doing it and being an amateur I can’t win prize money in the races I enter. On the other hand I have to do it day in day out in order to earn performance at those races. The returns aren’t financial, their positions in races and some sense of satisfaction that comes with improving that. On a personal level more rewarding than money, but doesn’t pay the bills.

I’m digressing. Now that my job is training I am encountering a whole new work-life balance issue. With less than 3 weeks to go till I leave for Australia I’m trying to fit in all the tasks I need to do before I leave ad catch up with all the people I won’t see for many months to come. All this takes time and that impacts on my work! In a round-about way I’m living to work… OK, for those in a real job I may happen to love my ‘job’ and be happy to do it everyday of the week, but…

Analogy a bit strained? All I’ll say is that for the next couple of weeks much as I might like to train hours and hours every day there’s a lot of things to be done. I have to accept that I might not hit the bigger volume I consider part of my new lifestyle, but that’s it’s just for a little while. At this point catching up with friends before I go is a bit more important. Besides the reality is with planning I will still be training a lot, it’s not like I’m slacking off. Most people I know have jobs, they only have so many hours free to see me anyway!

This week is ending up being a bit easier than I had in mind too, I can’t blame that on life either. Recovering properly from Almere is taking a little longer than I’d planned, probably because my plan was unrealistic. Today’s 4 hour ride became just 2 when it was obvious that whilst I could ride for 4 hours my legs weren’t up to putting in much more than a recovery effort. Knowing that this is what I’ve given up an income for certainly added a little extra concern for the debate of whether to shorten the ride though. I have a massage later which will hopefully clear things up a little and by the weekend I should be back to normal. I’m trying to take the extra free time as an opportunity to get more of those other tasks done.

I can’t be concerned about not quite hitting an idealistic schedule for the next few weeks. I’ll be training more than enough to maintain and build on my current fitness and get ready for racing in Oz. Once I’m there I have roughly 11 weeks to get ready for Ironman WA, plenty of time. First couple of weeks the training effort and volume might be dictated a little by acclimatisation and just settling in. Then I’ll have 6 or 7 weeks to really build myself up before I taper down for the race. A key focus for me this time is that taper and being fresh on race day. With my result from Almere on a similar style of course I’m now more confident that sub-9:30 is a matter of turning up on race day recovered and ready to execute the plan.