☰
Home > Off to Oz: the Aims and Objectives

Off to Oz: the Aims and Objectives

Part 2 of sorts, though relying that by starting two posts with the title ‘Off to Oz’ I can pass it off as a kind of series. The reality is I’ve not been too motivated this week and training has been very light. I’m too focussed on the trip ahead and making sure everything is ready to concentrate on the training. In the end I decided it was better to train lightly and have an easy week and start my time in Oz fresh and ready to go. So some of my extra spare time is going into these blog posts, enjoy! Oh yes, that is a gratuitous Gold Coast beach picture to break up an otherwise text heavy post. 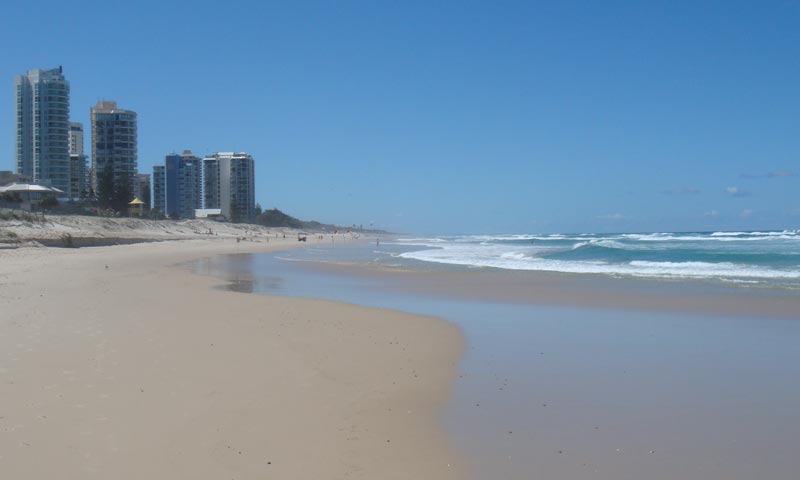 When it comes to my objectives I know I’ve covered this before and will be reiterating things here. I’ll go into the specifics that I’ve come up with since the planning began shortly. At the broadest level my objective is to put myself in an environment where I can live like a pro, train like a pro and hopefully race a little more like a pro. That doesn’t necessarily follow, I’m having to trust that more good quality training will help me achieve my results. As there are no guarantees I’ve not set any objectives in terms of results, at least not at the highest level, for me I’m looking to improve on my current performance. There are things I hope to come from this, better placing in races, some age group podiums, that Hawaii slot. There is an amount of faith to training, you trust that if you follow your plan then you will see results. My experience has always been I start a new season feeling weak and slow. This can last for a few months before it all starts to come together and I actually feel the benefit of the work I’ve done. That build up can make it easy to doubt your actions in the course of a season, it’s going to be interesting to see how that feels when training is my only commitment.

The only thing my objectives dictate is the need to race and specifically if I’m thinkng Hawaii to race official Ironman events. Not getting to Hawaii this year and being in Australia pretty much dictated I enter the two Australian Ironman races. Once the key races are in place it’s a matter o putting in a few halfs or shorter events to get some race practice in. Australia isn’t short of events so this was no problem either. Then all that’s left is getting out there and executing a training plan designed to build up to those races.

I mentioned before how my approach is to utilise a basic week structure, basically to keep my training program nice and simple. I’m following a principle that I still have plenty to gain just by getting out there and regularly training well. It’s not that my workouts will lack focus, or be easy efforts. I won’t be making them overly complex and varied instead looking to focus on building the aspects of fitness and skills I consider important. Focus may vary over time, but I’ll stick to chunking this into discrete blocks. I certainly feel both cycling and swimming benefit the most for me when I am routinely working them at high volumes. Improving my running will be more of a challenge for me and I’ll admit I still need more thought on how I structure this. I can’t post a basic week’s timetable yet, I need to be in Oz and know what group training is available before I finalise that.

Moving on from a simple weekly structure I then have to consider how I progress this over my season. Effectively I’m treating landing there as the start of a new season (and a long one too). I’ll be starting at a much higher level f fitness than I began the year at so I don’t need to just form training habits. I’ve 2 weeks to my first race though so my initial focus will be about 10-12 days of solid daily training to acclimatise and get myself ready for a race. The Gold Coast Half-Ironman is really just for fun as it’s a local race. That said even the fun races I’ll go there and try and leave as much as I can on the course. Following that race I’ll look for a quick recovery and then build my training volume up till I hit Noosa Tri. It’s Olympic distance, not my speciality, I’ll aim to use it as a hard workout leading in to a weeks taper to Port Macquarie Half-Ironman. That’s my prep race for Ironman Western Australia so I’ll aim for a solid race and hopefully a confidence boost before I start to reduce my training towards the main event.

I aim to break that 9:30 mark in Western Australia and if I can get to the start line without injury or incident I think I can do it. Hawaii slots are scarce there so I’m not too focussed on qualifying there, but it’s my next A race so I’m not holding anything back. Whatever the outcome I’ll be focussing on recovery and light training for a couple of weeks after before looking to build back into normal training for January. I’ll be allowing myself a little time off during that month, after all it’s Christmas! Then it all starts again with a bit over 3 months to build up to Ironman Australia, a goal of another sub-9:30 and this time grabbing a place at Hawaii. We shall see.

At some point during the planning of all this I decide I really wanted to do Roth next year. My Oz Visa runs out in September so I’d have to come back at some point then anyway, though I had plans to head back as soon as I could. Whilst going to Australia was a big part of this year, the fundamental focus was the training and racing. Mulling it over I decided I’d come back sooner and race in Roth for the experience. If I come back here sooner then I just head back to Oz that little bit sooner too. Now I’m considering Lanzarote in May, a third official Ironman and a third chance at Hawaii. It may not be needed, but I’d like a little backup for my plans. Try as I might I can’t get enthusiastic about the UK Ironman and it’s probably too close to Hawaii anyway. So the plan gets adjusted a little bit more and I’m back in Europe in May for a few months.

To bring this overly long post to a conclusion. When I started out and when I began this blog I stated my aim was a year dedicated to training in Australia to see what would come of it. That’s partially true, except it’s not a year now, hopefully it’s a bit more, though that comes down to funds. Ideally this carries into 2010 and then I worry about the real world (I know it’s always there). Not all of the time will be in Oz, but I’ll maximise my time there around my racing plans. The really interesting part of all this is how do I end it? It has to finish at some point, but will I want to give up the full-time lifestyle? I’ll probably not have a choice! In the early days I didn’t want to commit to this plan without considering what I would do at the end of it all. Now, I’m trying not to think about that, I’ll worry about that one nearer the time!