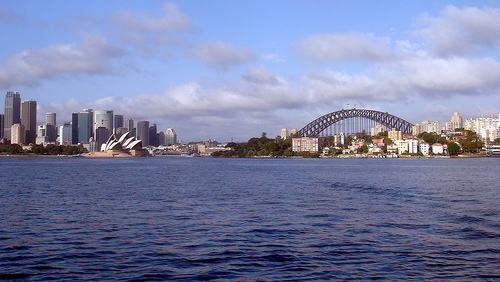 I’m hoping that writing about my plans for the next year will help me absorb some of those fitness gains whilst I’m lazing about not training. Yesterday was somewhat unusual for me – a late night spent at an open air bar by the Sydney Opera House. So a brief night’s sleep has led to me knocking the planned early training on the head. More of the same today and then a camping trip over Friday/Saturday, you can call it cross training. All this ends Monday when it’s back to normal.

Not much is really changing in terms of the specifics of my plan. So if you look at my previously posted basic week you pretty much see what I’ll be up to. I won’t rule out shuffling a few sessions around once I’m back into the routine, but nothing significant is going to change in terms of numbers of workouts. I’m assuming that having nearly 3 months of consistent training was a major contributor to success in Western Australia and that more of the same should lead to further success in Ironman Australia.

What the plan doesn’t show is the additional focus I plan to bring on supporting my training. By this I mean the work on flexibility, nutrition and recovery.

I attended my first yoga class in a long time at the weekend. It was good though I question the wisdom of going shortly after a race and having ridden 90km that morning. One or two poses were showing signs of introducing cramps in my legs. Even though it was a beginner’s class I found it tricky enough! It’s harder work than it looks, but the rewards of regular classes should be greater flexibility and a bit more core strength.

Recovery is closely linked to this flexibility gain as I will put more effort into stretching and massaging tight muscles. I mentioned the significant tightness in my ITB and glute in the run up to WA. A massage at the start of the week revealed I’d already started to tighten up there again! I can’t afford to let it develop too far as it does start to impact on training a little. Fortunately it was timed with my taper so I was training less this time, but in the middle of a big block it could be a more serious issue.

I’m starting to tighten up the nutrition now. I’m done with the post-race splurge on favourite foods. A trip to my favourite Sydney cafe yesterday meant not only the best coffee I’ve had in 4 months (it really had some kick to it), but also the best cheesecake. I’m pretty much done with that. It was so rich it was getting to be hard going by the end, in fact I don’t think I want anymore for a while! I guess the process has worked I’m looking forward to returning to training next week and have stopped craving all the bad foods. With low training volumes I still feel like a slob though! But I remind myself that once I’m back into the routine I’ll soon lean out again and feel like normal.

The rest of the week I’ve been focussing on eating lots of fruit and veg, nuts and seeds – all the good stuff. There’s really nothing special to the diet I tend to follow it’s all pretty much standard stuff. Good sources of carbs and proteins along with good fats will be the focus. I’m quite fortunate to have a great fruit shop over the road from my new place. Fruit isn’t cheap here in Oz, but it is a staple part of the diet. The only change I’m making over recent months is less of the empty carbs, less of the cake. Trips to the coffee shop will be limited to caffeine alone. I have no plans to cut down on that though!

Sorry, this has ended up being a post about the mundanities of an athlete’s life (this athlete’s life at least). There’s a lot of day to day triviality involved in training as much as I have been. I’ve not always been good at it and putting it online is a form of commitment to the cause. The theory is that because I have made it public I have to stick to it or confess the failure. Like many competitive types I hate failure so that isn’t going to happen. I’ll be taking advatage of my OCD like tendencies to control what I eat too, by making it an obsession to eat healthily I’ll have too much guilt to even look at a cake! Got to love psychology!

Off camping somewhere in the Bush (I don’t actually know where!) for the next two days so hopefully I’ll return with some interesting pictures/blog content. Then they’ll be some more posts on the training plans for the next year. For those who like this stuff and want something a bit more in depth and data driven check out Steven Lord’s blog at the moment. Far better analysis than I’m doing and none of the boring mundanitites!

Training Plans for a Fitter Me: the Run

Training Plans for a Fitter Me: the Bike