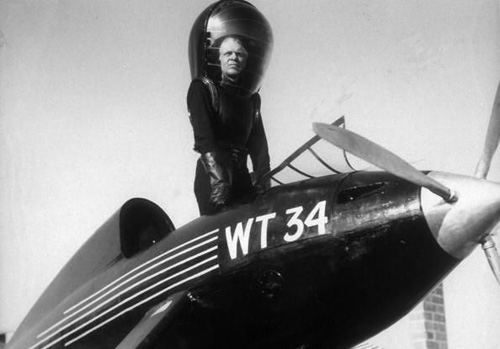 It’s been a flying visit home. I landed Thursday morning at 6:30 and now I’m finishing packing to take off for Oz at 9:30 tonight. a year of travels has refined my packing to an art so stress has been minimal despite the rush. Not unpacking the bike helps too of course!

Given my transitory state I’m doing a reflective blog to let people know what lies ahead for me. My as yet unchanged About Me page really set Kona as a major goal. There’s a big tick through that one, but still lots more to come. My schedule is up-to-date for my major races at the moment so check that for a guide to what’s happening too.

Obviously first off it’s back to Australia for a while. I’m going to be spending most of my time there in Busselton home of Ironman Western Australia. On route I’m stopping off in Perth to race the ITU Long Distance Triathlon World Championships. Coming only two weeks after Hawaii I am promising nothing! Let’s just see how that one goes.

I’m getting a nice four weeks of build up to Ironman Western Australia. My aim this time – smash my previous race time and get on the age group podium! There I said it. Put it down to some post-Kona confidence, but I’ve those two goals in mind. I want to get as close to nine hours as possible something I think is achievable based on last year’s performance. I also want o be on the age group podium again, I liked it at Ironman UK! It’ll be challenging there’s plenty of decent athletes out there and you never know who will turn up on the day.

After that it’s off to New Zealand to stay in Wellington with a good mate. Slightly different training environment to last year, but should give me plenty of opportunity to get stronger on the bike. I’ve got the length of New Zealand Epic Camp to start off the New Year. Then it’s building up over a couple of months for Ironman New Zealand. It’s been a while since I’ve had a solid period of just training and I’m really looking forward to that. I’ve learnt a lot this last year and I think that’ll be my best chance to use that knowledge.

All being well one of those two races will provide me with my Kona slot. I will be taking it and heading back to Hawaii again. That does necessitate me earning a bit of money in the next year though. Funds are coming to an end and besides this was originally just a year out! I’ve a few things coming up and potentially some exciting ways to earn. The focus will be on trying to avoid a return to a full time office job, but instead find ways to earn and maintain the lifestyle. I’m not going to get rich by any means, but I’m happy if I can keep myself enough to train and race.

There’s already my coaching services available. I’m looking to have a small group of athletes to coach at the moment. Too many and it becomes difficult to give everyone the attention they need. There’s still openings for athletes should any of you be interested!! I’m also involved in some training camps that will be happening next year. Details will be announced sometime in the next few months. The aim is to provide a well supported training environment with a guide to help you get the most of your time.

Sorry, enough self-promotion and back to my racing. I’m racing Ironman Lanzarote again and the goal (again) is sub 10 hours. Last time was a disaster, next time I want to be in good fitness on the start line and able to race my best. If that’s the case then I think I can do it. All being well I’ll also get a decent month of training over there just like last time. It was one of the more significant fitness boosts of the year.

Once Lanza is done and assuming my Kona ticket is booked I have four months to prepare for the big race. This time I’m keeping the racing load light. No more Ironman events until the big day. I want to go to Kona with a second longer build period under my belt. The aim after all is to be in even better shape than this year and to set a new Hawaii PB. I’ve looked at times and places. The dream would be to get in the top 10 for my age. Certainly tough so we’ll see how the year goes. I told you my Kona result had boosted my confidence.

In summary the next year is about three things – training more and harder, racing less, but faster and making this lifestyle sustainable. None of them will be easy and I have no idea how I’ll do with each of them. You’ll all get to follow how it goes in this blog though.

My packing is done. It’s not too long before I head to the airport. I’m nervous and excited once more. Lots of new things to see and do over the next few months… No idea exactly where life will take me… Should be fun!

(Today’s picture is from the movie Things To Come. Bit of a classic I enjoyed as a nerdy teenager, but haven’t seen in years.)