Dealing with an Injury 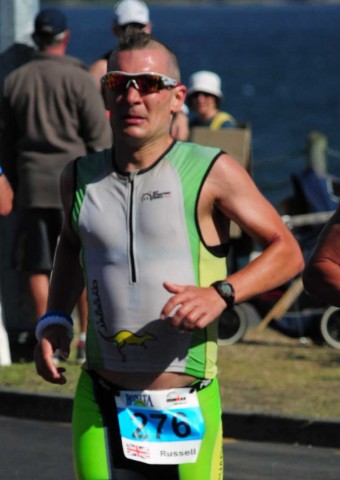 I wasn’t planning to write about this, but unfortunately it’s relevant at the moment. I’ve mentioned in my weekly analysis the soreness I’m experiencing in my left leg. I’m upgrading it from soreness to an injury. Whilst the pain is manageable it affects my run gait so the potential for further problems is there. I made the decision yesterday to stop considering running until the issue is under control.

It took me a while to reach that point. Initially the recovery week made it fine not to run, but my failure to return to training became a problem. Rather than accepting something was wrong and taking steps to deal with it I dithered. The result was all training suffered and things started to slide when I should have returned to training on Monday.

A typical training week involves three days starting with a run to the pool for a swim and gym session. In the last few days of my recovery week I convinced myself that a short run would be fine, but really I knew it would be uncomfortable, painful and liable to aggravate the problem. I’d already experienced this whilst leading a Tri2O Club run. The discomfort was manageable, but the result was an increase in leg soreness.

I woke Monday still feeling tired and with the leg obviously sore. The smart move would be to restructure my plan and get on with some training. I may not be able to run, but I can swim and bike and that’s supposed to be my focus anyway! What happened on both Monday and Tuesday was a failure to make a choice. Instead the slide began and I logged two zero days at the start of my final Kona block.

Wednesday started along the same lines I’d packed swim kit, but soon established I wasn’t ready to run. This time I made a decision, it was time to accept I had an injury and to focus on what could be done. Firstly I organised treatment with Aurelie at The Tri Touch to help identify and clear the muscular issues. Secondly I dropped running from the week’s training plans and replaced with rehab work.

Up till this point I’d made some common errors. Pretending there was no issue and I’d be training normally the next day. Justifying that the extra rest would do me good as last year a couple of weeks break after Ironman UK hadn’t been a problem. Perhaps extra rest will be fine and the longer break could be beneficial, but it misses the point. I wasn’t sticking to a plan, I wasn’t training and I was pretending there were no issues.

My other mistake was considering ignoring the pain and just training through. I was looking at my Performance Management Chart and declining run fitness and panicking. Obsessing over numbers and graphs more than the signals from my leg. Fortunately a combination of frustration and lethargy had killed my desire to train and I never acted on this plan.

The turning point from blindly ignoring what was going on to being proactive came on Tuesday evening. It hurt when I jogged back to reception at the lake to get the hat I’d forgot. A short jog shouldn’t be an issue a clear sign I wasn’t getting better. It was enough to get me more focussed on treating the problem even if I still believed I could run train.

When it was obvious I couldn’t run on Wednesday morning I stopped deceiving myself and considered the bigger picture. With six more weeks of training I couldn’t let things slip out of control. I was talking a big game, but behaving like an amateur. I made a final mistake dropping the morning swim as there was a masters session in the evening. A bit of research reminded me that this session doesn’t run during the Summer holidays! Another day without swimming.

I’d arranged to meet and ride with Karl Alexander. Having a training partner and a meeting time ensured no chance of losing another training day. As expected the leg was fine on the bike. A little tight in the calf, but nothing of consequence. If anything it was tightness in my right hip that bothered me more. Pain in the left leg when I ran and pain in the right when I rode!

I’d not met Karl before, but always enjoy riding with new people. Things always start tentatively as you’re never sure what kind of rider someone will be. I soon discovered that Karl was an excellent cyclist not only by the pace and wattage, but the stories of his athletic past. It was remarkable to think he’d raced well in Ironman UK only ten days before and could now put out a ride like this.

During our conversation my thoughts on my injury solidified. It was clear that I couldn’t reasonably run at the moment and it was also clear this presented an opportunity for my swim and bike. Karl concurred and the decision was made – no running till this had healed.

I considered what I’d do were I coaching an athlete in this situation. I’d stop them running immediately, get them to have the problem looked at and to adopt a plan focussed on rehab. I’d adjust their program to consist of sessions that wouldn’t aggravate the injury if that was possible. If that’s how I coach others then that’s what I should be doing myself. Practice what you preach!

The pleasant ride through the Chilterns and making this decision lifted my frustration. My motivation to train returned and I felt positive again. Rather than avoiding the issue I’ll take it head on and deal with it. That’s the smart thing to do not dithering and letting my training slide. I can make progress elsewhere or I can make no progress at all. A simple choice.

I’m driving to the pool until I can comfortably run again. Today I’ll have a decent swim session then the overdue threshold bike session on the flats near Windsor. Finally that massage which I hope will help clear the injury. I’ve been on the foam roller, been using a theraband to work my calf and started sleeping in compression tights again.

If you take anything away from this post it’s the importance of making decisions about injury early. Sometimes you can train through things, but be very cautious. Making a choice will help you move on, deal with the problems and hopefully do some form of training to keep fitness up. Frustration, anger or depression won’t fix a thing and will magnify the impact on your schedule.

I should have been getting it looked at last week during recovery. I should have kept off my feet more and done the exercises and stretching I’m using now. Instead I let the problem carry through into a training block and take out two days of potential work. Not smart.

(As I post this my leg is feeling a lot better! I’m more optimistic the impact on my run training will be short lived, but it’s early days and I’m not declaring myself fit to run yet.)