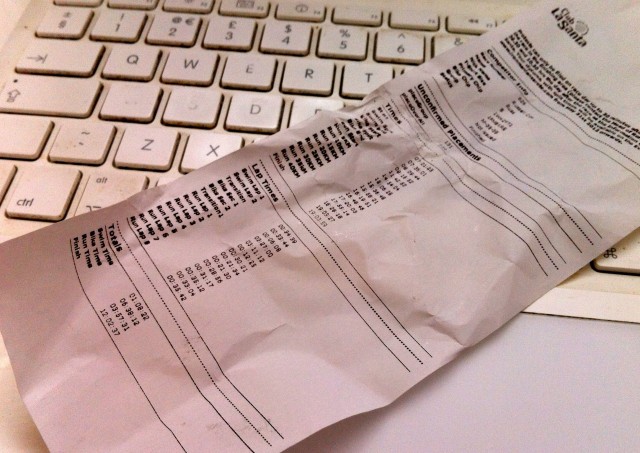 It’s hard to know where to begin. The problems started long before I arrived on Lanzarote, though it was race day when the biggest errors were made; and what’s surprising is how suddenly they struck, I had no idea what I was walking into. The result is a near perfect example of how not to prepare for and how not to execute a race. I just had to choose Ironman Lanzarote to demonstrate this.

I trained less this year, but it wasn’t the overall hours so much as their distribution that was the problem. The weekly average of ten hours was achieved without consistency, one week might be over twenty, another around five. And with that inconsistency was a lack of purpose. Together they ensured I was less than ready for a tough Ironman.

While I like hot weather it took me a while to adjust. By Friday I felt run down, slept in and woke with the hint of a tension headache. It only disappeared later in the day after I downed a few litres of electrolytes. I’d been slowly dehydrating since I’d landed and it’s unlikely I’d fully corrected the error by the time I raced.

Mistake 3 – Lining up too far back

I knew the swim was going to be slow (see mistake 1), but I seeded myself too far back. After the cannon fired there was a slow walk into the sea and the next hour and eight minutes was spent swimming past people. Overtaking is a positive mental boost, but that much overtaking is an indication I’d misjudged the start.

I actually enjoyed the swim and stuck to my plan. I never worked too hard, kept relaxed and was surprised how comfortable I felt through to the end. Of course the cost of that swim may have been higher than I thought; easy as it felt I was unprepared for the distance.

Out on the bike I kept the effort easy; my heart rate was in the low 130s, athletes were flying past me, but that is what happens early in a race. As this continued it became increasingly hard to convince myself I’d catch them later on, not least as I found I struggled to raise my heart rate on the hills. My legs seemed unwilling to do the work.

Every fifteen minutes I swigged my bottle of out-of-date banana gels followed by a gulp of water. It seemed to be working perfectly. I crossed Fire Mountain and enjoyed time trialling the rolling terrain to Tahiche; I thought the race was under control and going – relatively – well. But as I rounded La Santa and started the climbs to Haria a lack of power showed.

There were moments on climbs where I chose to delay eating until an easier gradient, a minute or two here or there. They started to add up and I suspect those extra minutes turned into missed feeds. Performance continued to lag and with a selection of women age groupers going by I was now convinced I was significantly off form; they were clearly strong, but too many were passing me.

I reached Mirador del Rio still believing that if things went to plan I’d not be too far off six hours. I took the sweeping descent easy, regrouping before the highway time trial – this was where I would make my gains. At first I did. But slowly. It was obvious my legs were lacking and I struggled to keep focused. My water had run out and I slowly roasted in the sun.

At 150km I reached the Nazaret aid station, stopped, drank two full bottles of energy drink and as much as I could of a bottle of rancid, warm coke. The tank was empty, I desperately needed to top it back up. I bumped along the Nazaret road, cursing it all the way and struggled back through the island, unable to make the most of this faster section of the course.

As goals vanished so did motivation. Negative thoughts filled my mind and I began to consider abandoning the race. I span back home, glad for the final, rapid descents back into Puerto del Carmen.

I stopped dead on the dismount line, swung my leg over the bike – I hadn’t the energy to coordinate a moving dismount – and hobbled into the long transition. I walked it. A couple of hundred metres to get my bag, then I could take the weight off my feet in the changing tent. I slowly changed constantly debating whether to pull out rather than wasting energy on a clearly disastrous race.

The tank was still empty and there was no food in transition. My legs were deadened my arms were burnt. I got up and walked to the exit, only then breaking into a run.

My mistake – taking over 12 minutes for a transition, I’m not going to hear the end of that.

Once I started running I was surprised how naturally it came. I had to reign back my speed. Perhaps this wouldn’t be as bad as I feared. At the first aid station I stopped and ate as much as I could – I needed fuel. Then I settled into a pattern of running aid station to aid station, using them as a break and a chance to fuel up on coke.

I finished the first, longer lap on schedule and still feeling good. The strategy was working. But while I knew my run fitness was better than it had been I had two concerns: coke was all that was keeping me going and in a few kilometres I’d be on my longest run of the year.

Run training has gone well, but as I build back up I’ve yet to develop sufficient endurance. I lacked the element I most needed and sure enough it showed. Walks became longer and the running ever so slightly slower. I forced down more coke at each station to keep me moving.

By the final 5K I no longer cared. I mixed run and walk, drank as little coke as I could and focussed on getting through in one piece. Autopilot kicked in 1km from the finish and I lifted the pace, straight to the queue of finishers taking their families over the line. I took my place and walked the final ten metres.

Lanzarote had beat me again. I wasn’t as fit as I should have been, but somewhere early in the day things went very wrong. I knew I would not be racing my best, I just hadn’t expected a personal worst. 12:02 my slowest Ironman yet.