A Beginner’s Guide to Power Training

Triathlon is repetitive by nature. Train, race and recover; in season then off season; magazines recycling familiar material; topics recurring on this blog. Seasons follow cycles, repetition is unfortunately inevitable. It has been eighteen months since I last tackled the subject of beginning training with power, but a recent surge in interest – from new athletes and those upgrading ahead of the next season – suggests it’s overdue a visit. The challenge is doing so in a fresh and interesting way that adds to my previous content rather than reproducing it, difficult when the principles haven’t changed.

The tools, to an extent, have. There are more power meter options, although Powertap and Quarq still make up the majority of devices I encounter, there is also Power2max and in limited quantities the Look power pedals. None that I’d term affordable, but a small step in the right direction over the last eighteen months. The software continues to improve, at least on the online front. My preference, TrainingPeaks, absorbs more of its desktop counterpart WKO’s functionality with each update and we are now promised a new version of WKO including Mac compatibility. Eighteen months on and it is easier to work with power than ever before.

The hurdle isn’t the equipment it’s the seemingly steep learning curve. I realise not everyone – most people – are not as taken by data or statistics as I am, and discussions of power, with the exception of this one, are always accompanied by graphs. In contrast heart rate is simple: test, set zones, train in zones. Nobody analyses heart rate data to the extent that we pick apart power files. You can’t. The fluctuations in heart rate are less telling and predictive than those of power, the question can be reduced to in zone or out of zone? But there is no reason power need be any more complex: test, set zones, train in zones. As a beginning this works well, the more complicated details can follow.

My own tentative first steps with power, when information was scarce, followed those very lines. I read Training and Racing with a Power Meter

as all users should and then I got on with riding and attempting – I’d emphasise attempting, it didn’t always work – to hold the zones I’d set. I collected data, I didn’t hugely worry about concepts like Normalised Power, Variability Index or Training Stress Scores, the Performance Management Chart barely registered, although they would come to be important training tools. Initially I simply trained and just as I’d done with heart rate I aimed to be within my zones, the experience was no different.

When you’ve spent that much on a training tool you want to do more and while just training by zones will do the job it also misses many of the benefits of power. So to start with I’ve collected together some of my previous posts covering the usage of power – and data – in training on a new Ironman Training By Numbers page. There is plenty for beginners there, although not necessarily delivered in the most user-friendly fashion. Over the next few weeks I’ll discuss how I like to setup my power meter and software and some of the simple things to monitor in training before moving on to more complex ideas such as the Performance Management Chart. I’ll attempt to address some of the most frequent questions as I go. By the end of it we should have a complete beginner’s guide to power training. 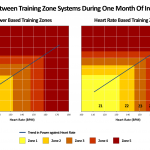 A Question of Power 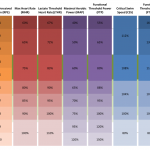