With Challenge Roth proving the most popular Iron distance race for CoachCox athletes this season I appreciated the quality of their online tracker on Sunday. Being able to select and monitor my athletes on a single page was a refreshing change from the offerings of Ironman branded races. So too was the ease with which I downloaded results and imported them for analysis this morning. For a sport that is predominantly spectated online this should be considered a bare minimum – simple accurate tracking and comparison of results. However I’ll save commentary on online athlete trackers for another occasion, this post focusses on the weekend’s results at Challenge Roth.

I was a little surprised when I first logged on to the tracker and saw slower than anticipated swim times for all my athletes. The canal swim at Roth is so straight-forward that I didn’t really expect much deviation. Interestingly the distribution of splits does suggest times this year were a little slower than has been typical in previous events (2010-2012). After that differences are less clear cut and the distributions for bike and run are, give-or-take, typical for the course. The bike does seem to be a little more weighted towards 4:45-5:15 splits than usual and lighter between 5:15-5:45, so perhaps a touch faster than the previous few years. Overall though it doesn’t appear to have been a noteworthy day. 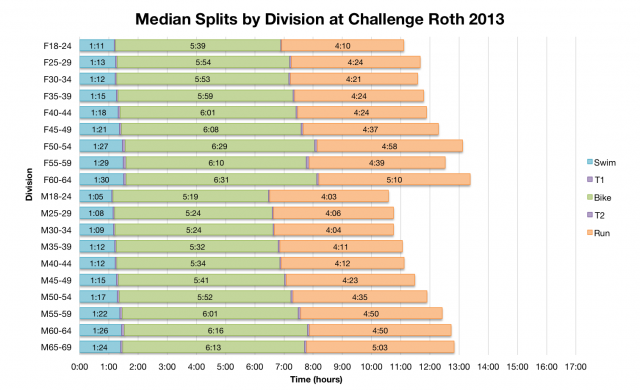 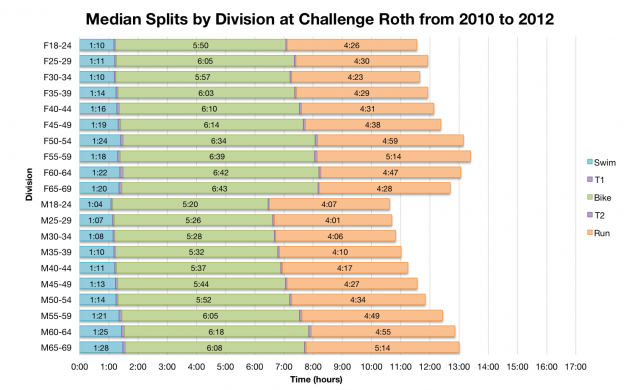 Unsurprisingly the median splits largely reflect this with the male age groups largely matching the previous averages. The women’s age divisions are a little more variable and it looks like for the most part this year was a little faster than the previous 3. 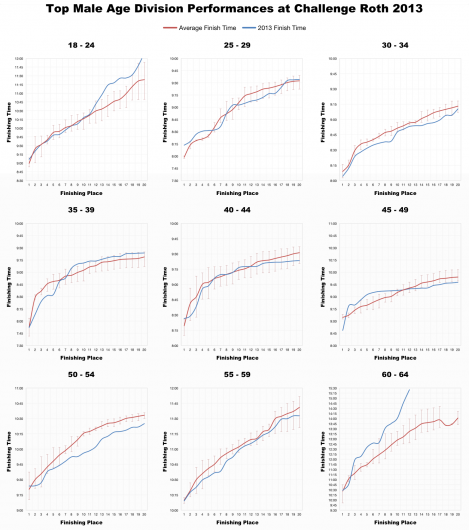 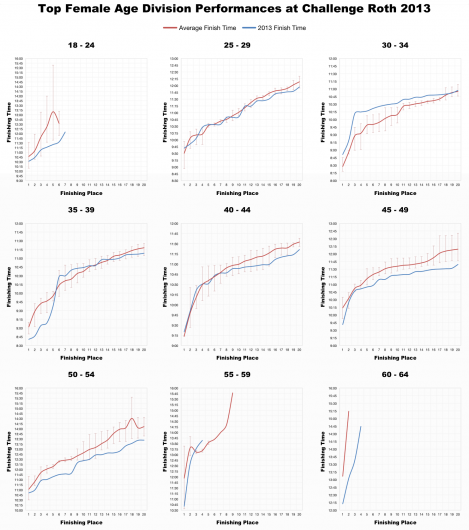 Looking at the top 20 performances by age division we see a similarly unclear picture. Results vary by age group, a few faster and a few slower, but generally mixed. Times remain fast by any standard – not forgetting that pros are included in age divisions at Roth – however they tend not to deviate far from the average.

So in assessing performances in Roth it’s not unreasonable to compare them with previous years. While conditions will naturally vary they don’t appear to have had a huge impact on the general level of performance across the field. Roth remains a fast race, but it’s far from an easy one. From my camp we saw a mix of results – some good times and some tough days. 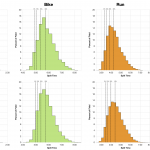 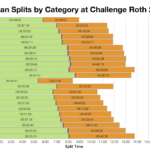 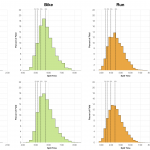 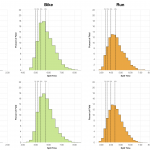