This week’s coached swim sessions for the local triathlon club: threshold work as usual on Tuesday and a slightly different endurance set for today’s small group. 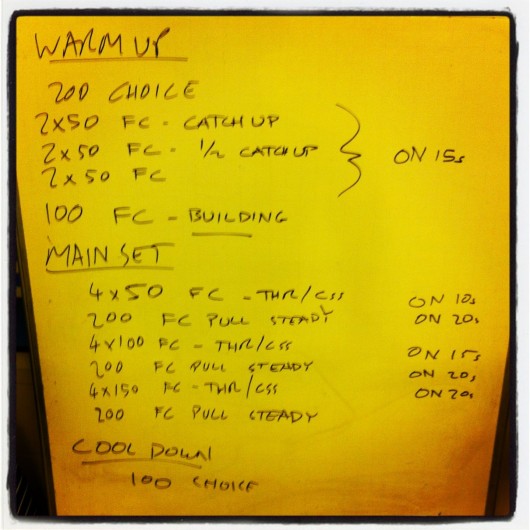 The one question everybody had this session – what’s half catch-up?

In the catch-up drill you wait for one arm to complete recovery and be at full extension before initiating the stroke with your other arm. Effectively your arms take turns at executing a stroke. Half catch-up is similar except you initiate the stroke as your recovering hand enters the water. It’s still late in the cycle, but not as late as with full catch-up. Basically it plays with stroke timing, requiring a little more thought on the part of the swimmer than full catch-up. In a pool of mixed ability swimmers though many find the timing of standard catch-up hard enough. 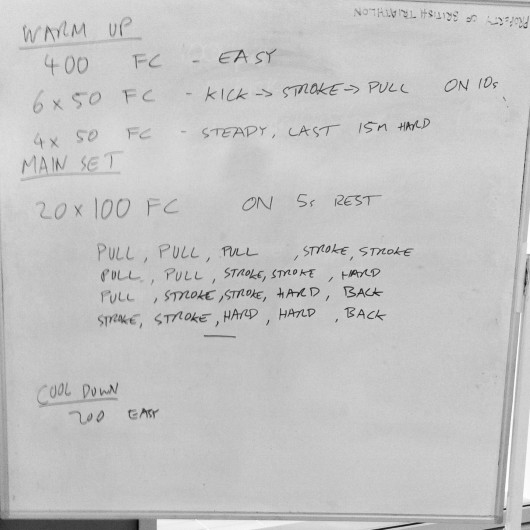 Thursday is always a smaller group, this week it was just one!

I decided to do something a bit different to usual today – a variety of hundreds to keep swimmers’ brains engaged and on short rest for an almost continuous swim. As a set I could easily monitor timing and give small snippets of feedback throughout; especially when there was only one swimmer in the pool. 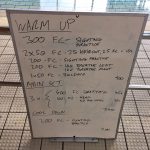 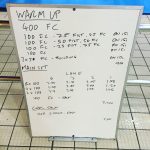 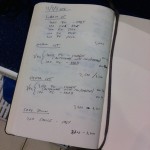 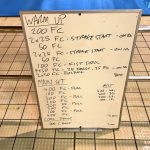