This weekend is the final opportunity for age group triathletes to qualify for the Ironman World Championship and for those racing at Ironman Louisville in Kentucky there will be 50 slots on offer. For the vast majority of the 2,700 strong field in Louisville the goal will be completion or a new personal best; only a small percentage will gain a slot for Kona. I’ve analysed the 6 years of results available at Ironman.com to see how the race unfolds and the requirements for Kona qualification.

Louisville’s split distributions (top) from the last 6 years are broad and quite evenly distributed with a slight weighting towards slower times. The charts compare well with the distributions from all 2012 North American races indicating that the course and field present in Louisville is largely typical of US races. 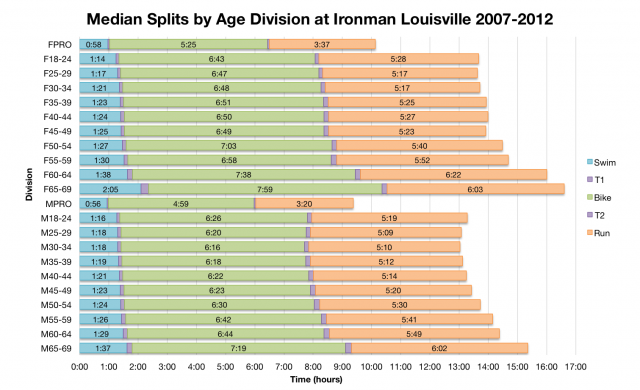 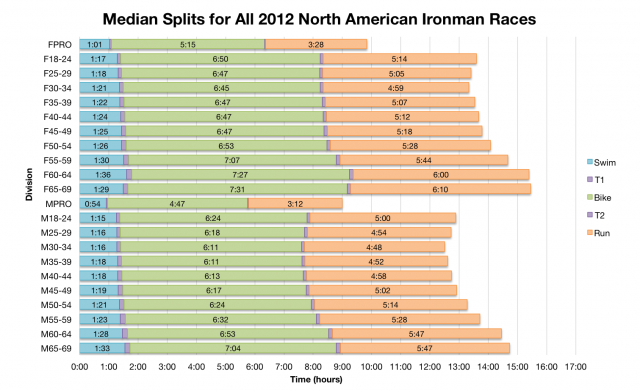 Comparing the median splits across age groups for Louisville and other US races gives a similar pattern. Average times are very similar, the only difference that might have some significance is the slower run times at Louisville compared to the 2012 averages. Otherwise this confirms that Louisville tends to fit the pattern for North American Ironman races. 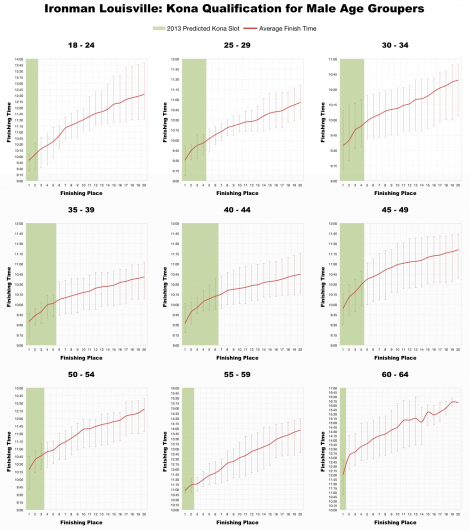 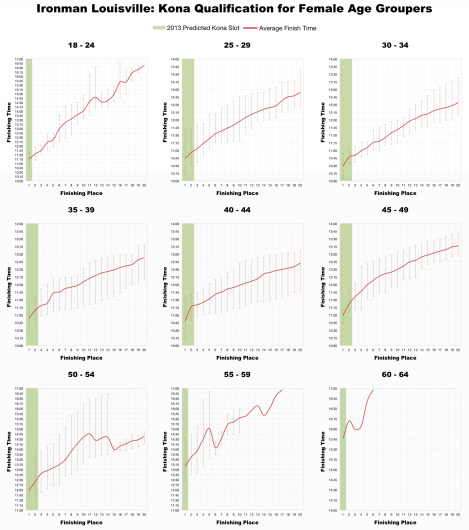 The average, fastest and slowest finish times for the top 20 athletes in each age group provides a good insight into the requirements of qualifying. It’s hard to make predictions as to what will be needed on the weekend; for example in some instances finishing times for first place have varied by over an hour. That said the charts give some guidance, they offer the finishing times that on average place athletes in their age group. In the case of men under the age of 45 this probably means going under 10 hours. Whatever the charts say it ultimately comes down to fitness on race day and an athletes ability to perform.

Ironman Louisville is likely to be a textbook US race consisting of a broad field with a few athletes chasing those final slots. At the end of this weekend the remaining 150 age group Kona places will have been allocated (100 of those at Ironman Canada). I’ll be fully reviewing the results from Ironman Louisville next week and once the Kona qualifier information is available will start to look at the stats for those age groupers going to the World Champs. 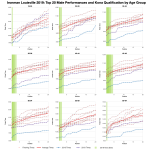 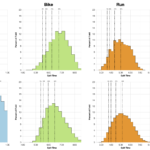 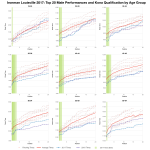 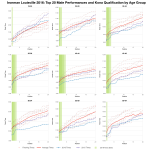