This week’s pair of swim sessions, only one of which was actually coached as there was zero turn out for this morning’s session (I was still up at 5am and at the pool side – the swimmers let me down). 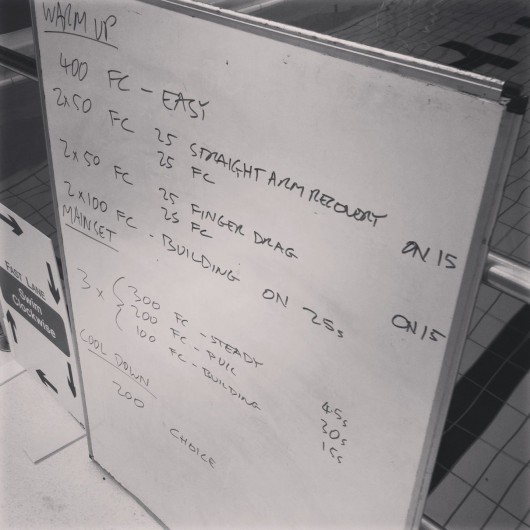 Another straight forward session opening with a couple of drills for stroke recovery before moving to a primarily steady main set. As usual with the huge range of swim speeds at the two Tuesday sessions there’s a choice in how many reps of the main set you do.

The uncoached set. Again quite simple – the main set consists of short 50s to focus on technique, followed by steady efforts with a brief lift in pace to finish. The intent was to set up the quality of the stroke in the 50s and hold through the 200s including that lift in speed. Maybe it’ll get some love on the internet. 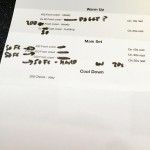 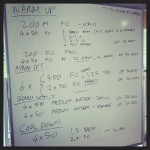 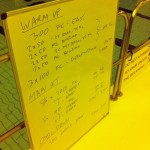 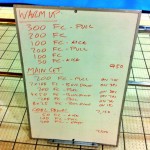