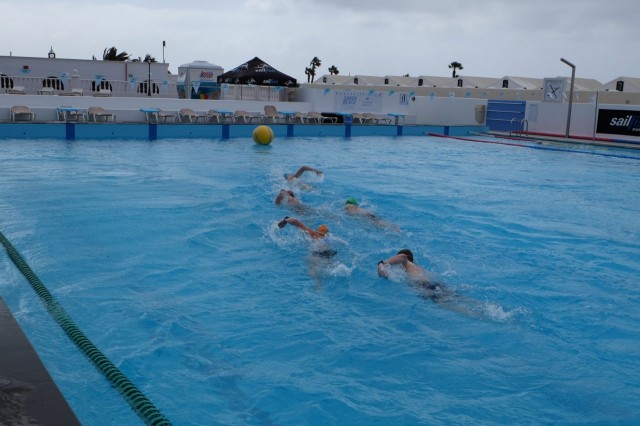 The format was the same as last week: swim 5 laps round the pool, bike 5 laps round the block and run 2 laps to finish. This time we opted for more teams to create a faster event with more head-to-head racing. There wasn’t much enthusiasm pool side at first, but ten athletes were up for a race so I assigned them into 5 teams of two. 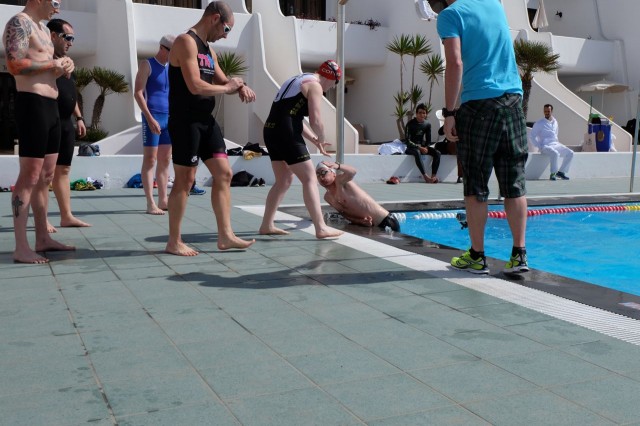 A larger start than last week, but the field soon spread out and there was less obvious foul play at work in the race. The short, 350m swim course meant it wasn’t long before the first athletes were out and tagging their partners. Once out of the pool it was straight to the transition to prepare for the bike.

Winds were the highest they’ve been all week meaning the bike and run laps would involve a short climb followed by a drag into a full headwind. Still the fastest athlete put in a strong show on the short course and it wasn’t long after we’d transitioned to bike that we were transitioning to run.

In less than an hour the race was over and for the second week in a row Frankie’s team won. It should be noted that her teammate, Nathan, lacking a bike due to a mechanical, instead ran an extra 3 laps. In the conditions this may not have been enough to balance against those cycling… Still it’s a fun race and there to make everyone push themselves which they did despite initial reservations. 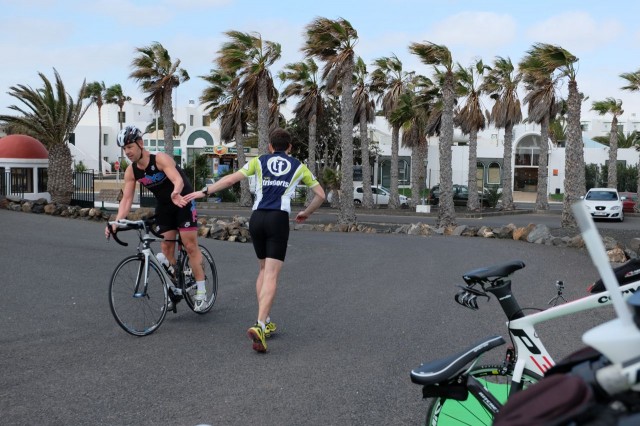 Training was over and everyone was free to relax and do what they want. Tired from the night before and not feeling 100% I opted to take a nap, hoping to pick myself up for the long ride day – I’ll be on the bike (for some of it) this week. Dinner, no drinks and then an early night finished my evening and hopefully most of the others. There’s a big day ahead.