A slight delay in analysing the results from Ironman Copenhagen – Ironman.com updated the Athlete Tracker at the weekend forcing a quick rewrite of my download tools. Results have now been retrieved, analysed and compared with the last 4 years of racing in Copenhagen. The short version is it was a very typical race with no significant variation from previous events there. 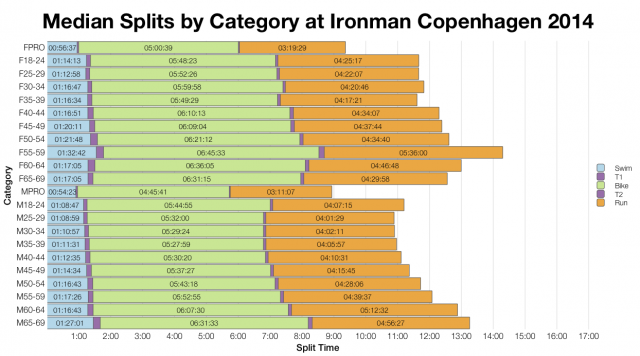 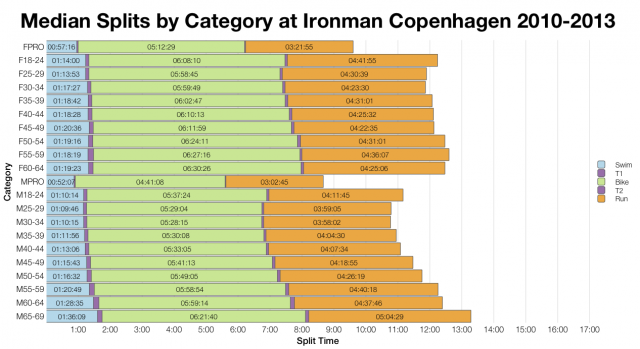 Comparing the medians splits for each race division shows minor variations in this year’s times. In some cases, such as the F55-59 age group, we see a big shift on previous average splits, but for the most part results aren’t significantly different. Certainly not enough to suggest this year’s race was either particularly fast or particularly slow.

Again we are looking at subtle variations in the split distributions. The run, for example, is very slightly slower in distribution this year and that knocks on to the overall finish splits. It’s a tiny difference though and in most regards results follow the trends of the last 4 years of racing. 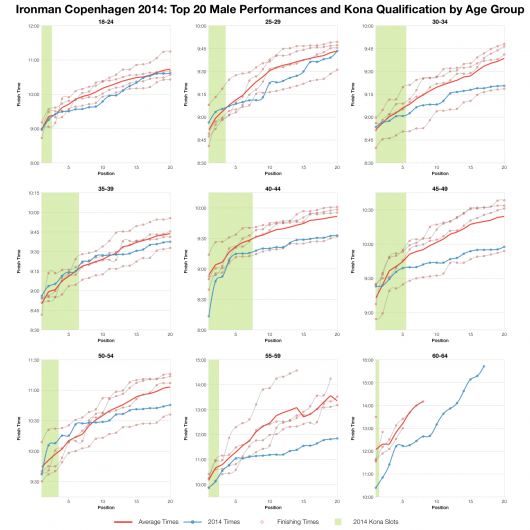 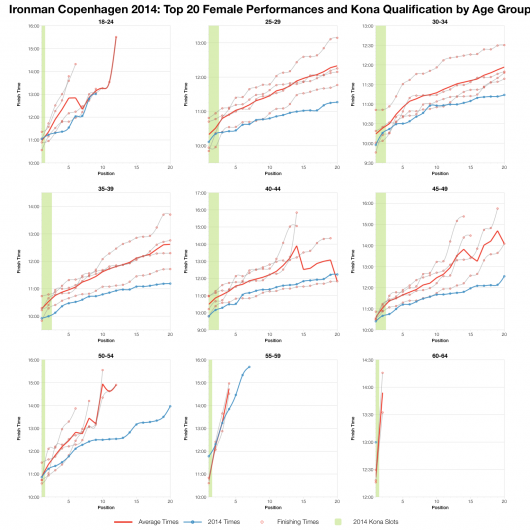 At the front of the race the pattern leans towards faster than average times. Splitting by gender the women’s age groups are more consistently and distinctly faster with times approaching, or being, the fastest seen on the course. For the men it’s not quite so clear, although there are many faster times, it’s not consistent across age groups and many results fall close to the average. It’s not the fastest year seen for the male portion of the field.

After delays getting the data the actual analysis was quite straight forward. Another fast year of racing that basically matched up with previous results. At the front of the field the competition looks to have been fast, in some case the fastest seen in Copenhagen.

As usual I’ve put a spreadsheet of the results and all splits from Ironman Copenhagen 2014 on my Google Drive. 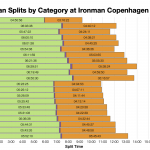 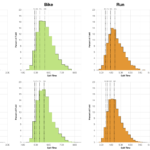 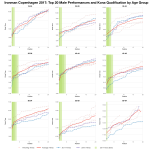 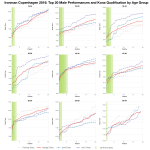