A little delayed here with results analysis for Ironman Western Australia 2014, but now than Ironman.com has fixed its results and includes details for everyone who took part, I can take a look at performances from the weekend. Conditions appear to have been good – lighter winds, although hotter for that. Overall, age group performances appear largely on par for the course, but at the front of pack times were definitely at the faster end of the spectrum. 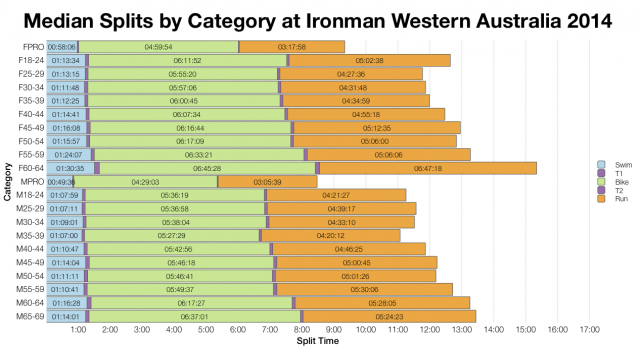 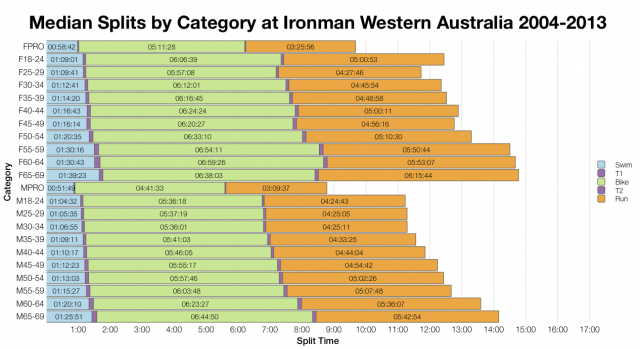 Comparing this year’s results with those from the previous 10 years shows small amounts of variation in the median splits. The pros were definitely faster, but the pattern is less clearly defined and less significant for age groupers. It’s reasonable to say bike splits were slightly faster this year, that trend is fairly consistent. Swim times in many instances (particularly older age groups) are faster and for the women the run splits are generally faster too. None of these differences are by huge orders of magnitude though.

The split distributions similarly display the small amount of differentiation between this year’s result set and the past decade in Busselton. The bike is very slightly faster, the run very slightly slower from this perspective and the net result are finishing splits not disimilar to previous events. So a good year for racing, but perhaps not a remarkable year. 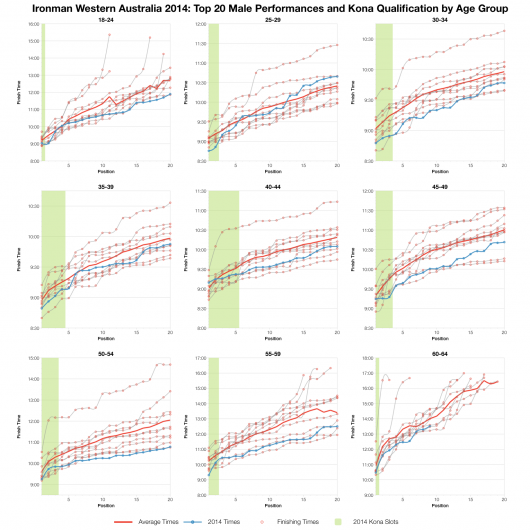 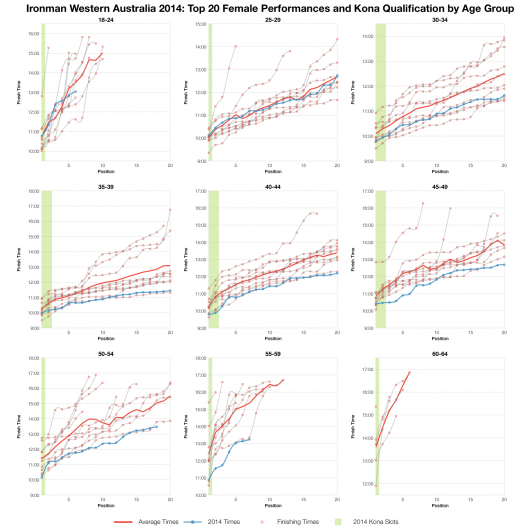 At the front of the race finishing times trend more consistently ahead of the previous averages. They’re not often the fastest this course has seen, but they tend towards that in most of the age groups. Kona qualification was particularly quick with a lot of male slots needing a sub-9 to be certain. If conditions were favourable it made for a competitive race at the front of the age groups.

I’ve uploaded a spreadsheet of the full results and splits from Ironman Western Australia 2014 to my Google Drive. 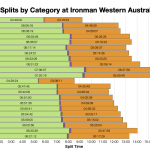 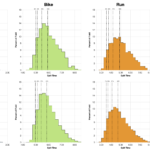 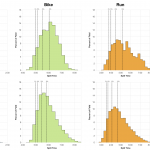 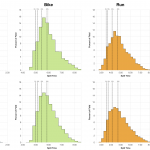