Course records may have been set, but for the majority of the field at the European Ironman Championship this was a particularly tough and slow year of racing. As results analysis goes this one is going to be easy: all three disciplines were impacted by heat and clearly slower than normal. Nothing slows a race like hot conditions, all the more so if they’re sufficient to result in a wetsuit ban. Finish times are one thing, but the DNF rate at this year’s race was double the usual Frankfurt levels. 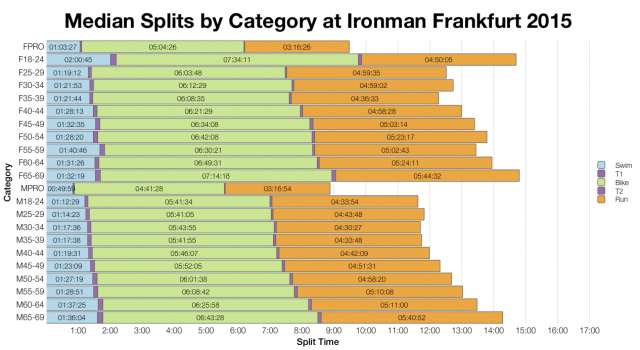 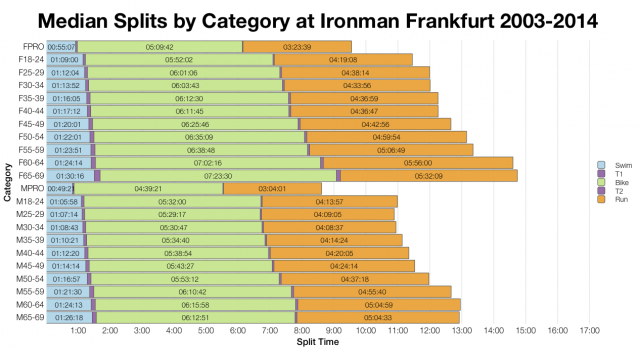 This is perhaps the clearest pair of median charts I’ve ever posted. A non-wetsuit swim stands out as much slower when compared with the previous 10 years of racing (there have been other non-wetsuit swims in the last 10 years, but their results are diluted in the group). Heat makes some difference on the bike, but it’s on the run where performance is really affected. So median times across all three disciplines are slower than the current Frankfurt medians for almost all age groups.

Most of my stats only take into account those who finish the course, but given the conditions and high rate of attrition I thought I’d take a closer look at DNFs. Whenever I look at these statistics I have to note that the way Ironman presents live results makes it impossible for me to distinguish those who did not start from those who did not finish the swim. In the table above I note where a figure likely combines both DNS and DNF numbers. This small confusion aside it’s obvious that the DNF rate at this years race was far more than Frankfurt typically sees. You can see how this DNF rate compares with a few other Ironman events here. When Ironman publishes a finalised list of results, precise DNF and DNS rates may be available.

No surprises, the 2015 distributions are also slower. It’s perhaps worth noting here how the top 5% of the field is less affected on the bike, but almost everyone is on the swim and the run. Performance wasn’t completely inhibited, but that course records were set in such conditions is exceptional. Age Groupers did not fair so well with the heat and even at the front of the amateur race times are affected. 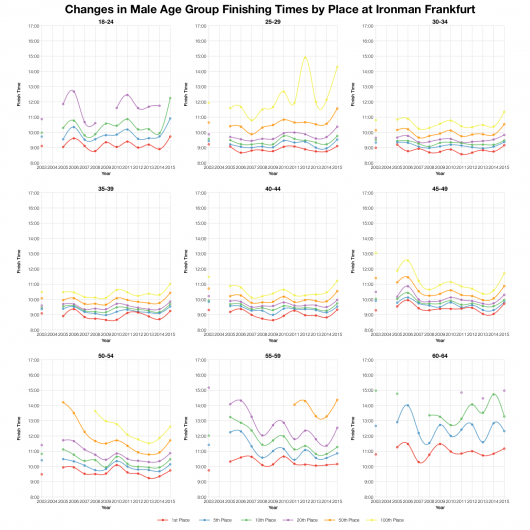 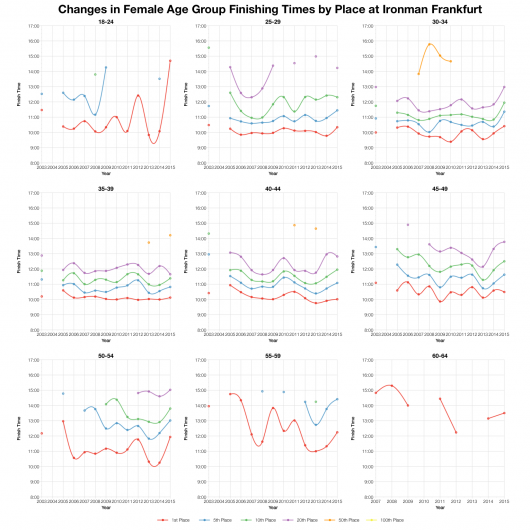 Checking the history of finish times for specific positions across a range of age groups shows how this year’s race sees a particularly notable fall off. How much does vary with age group and position, but overall it looks like this might be the slowest age group race in Frankfurt over the last 10 years. At least from the male perspective, the female age groups appear to have been less heavily hit. 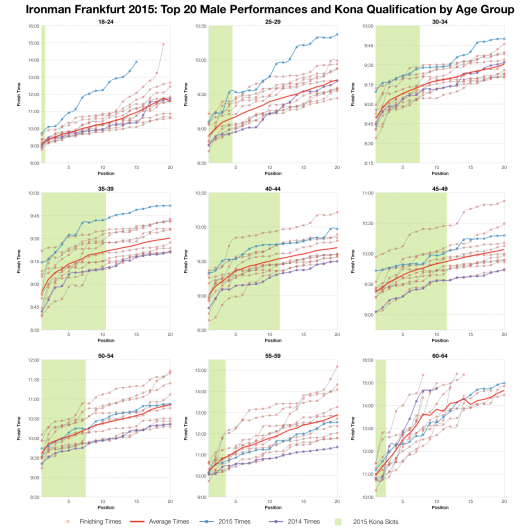 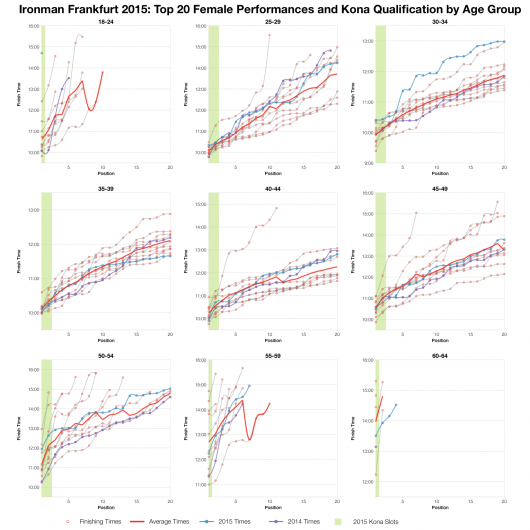 The overall consistency of female performance at this year’s race is more obvious looking at the top twenty times in each age group. In the men’s race age group times clearly trend towards the slower end of the scale, but amongst the female age groups times fall much closer to the averages. Interestingly this is also true of men over 50, again their times are closer to average and apparently less affected by the heat of the day. Some clearly coped better with the heat than others.

A spreadsheet of the full results and splits for Ironman Frankfurt 2015 is available on my Google Drive. 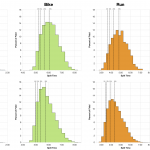 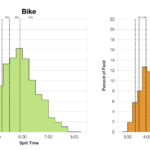 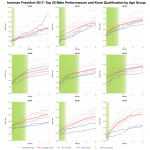 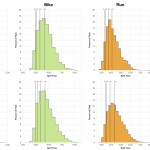