While Ironman UK was being cold, damp and windy (typically British) on the continent Ironman Switzerland continued the trend towards hot racing we’ve seen this summer. As with Austria and Frankfurt temperatures in Zurich were high and consequently age group times were low. Nothing impacts performance quite like the heat. 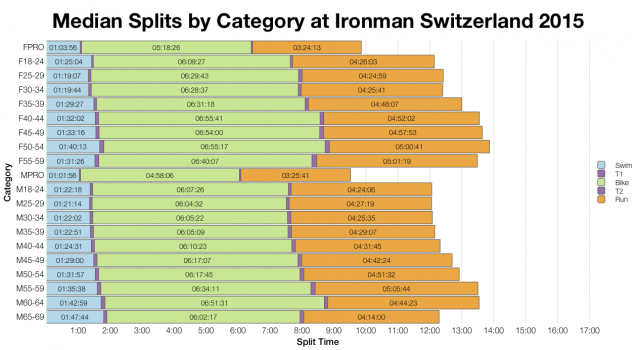 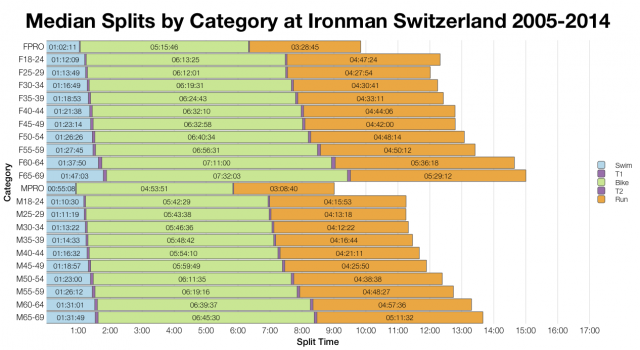 The 2015 median splits for swim, bike and run are almost universally slower than for the previous 10 years of racing. High temperatures impair performance right from the start when it’s a non-wetsuit swim. Clearly all age groups and the pros struggled more than usual under race day conditions.

Looking at split distributions emphasises the changes in results. The non-wetsuit swim is significantly slower than usual, a relatively small percentage of the field duck under the hour mark. Bike and run follow with similar drop off in times from the front to the back of the field. Overall, the impact looks to be in the order of 20 minutes at the front of the age group race and closer to the hour from the middle back. 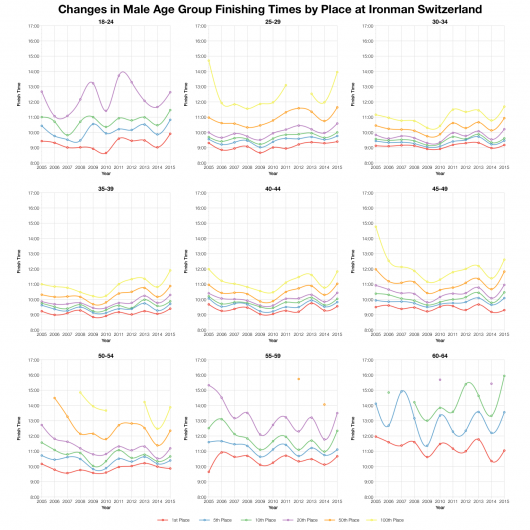 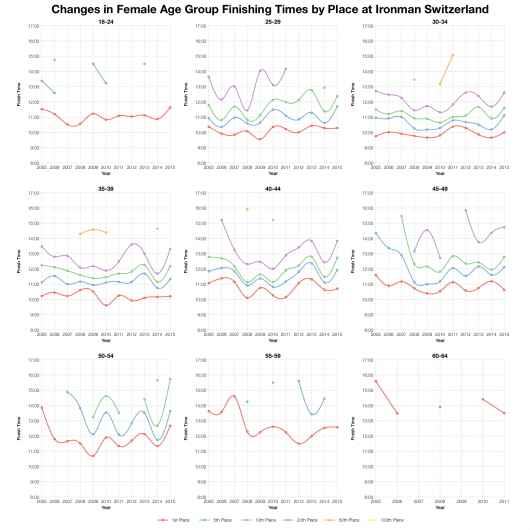 Looking at how times have changed over the last 10 years of racing there’s no doubt that 2015 was a slow year, but not necessarily the slowest. A few other years have seen a similar level of performance, again presumably due to tough conditions on race day. 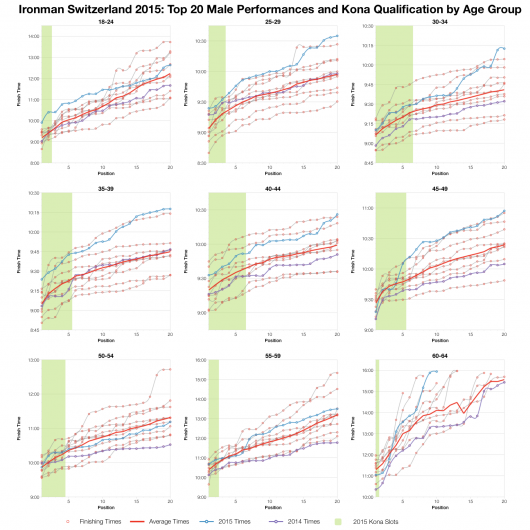 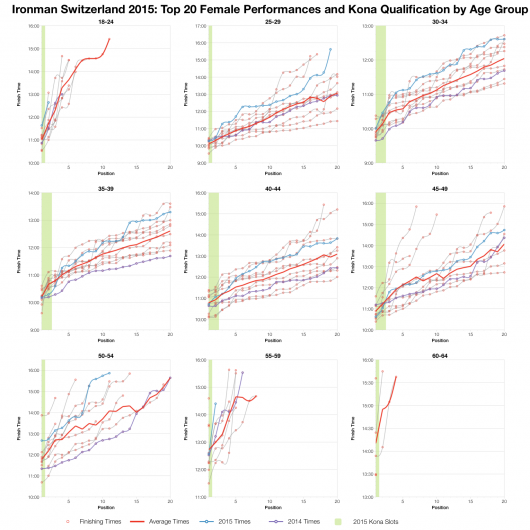 Finishing times for the top twenty in each age group fall behind the averages and the 2014 results. That said at the very front of each age group, in the top 3-5, the times are close to average. Once again faster athletes appear to be less affected by (or better prepared for) the conditions. Kona qualification times were a little slower overall, but the level of competition looks to have been the same as usual.

A full spreadsheet of the results and splits for Ironman Switzerland 2015 can be accessed on my Google Drive. 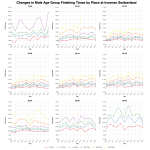 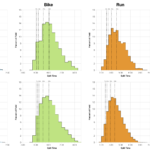 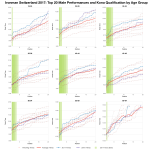 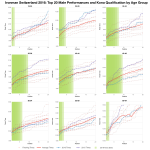