Ironman 70.3 World Championship: Results and Analysis from Zell am See

It’s not often I analyse results from an Ironman 70.3, but the 2015 World Championship is a big enough event to make the cut. This year’s event took place in Zell am See using the same course as the previous day’s standard Ironman 70.3. The doubling up of events means I can neatly use Saturday’s Ironman 70.3 to highlight how much faster a selective World Champs event is. There are no surprises here. The course is the same, conditions will have varied slightly, but the biggest difference likely comes from the athletes racing the two events.

If we go straight to the split distributions the differences are clear. It’s worth noting that Zell am See is a fast course anyway, there is a good leftward skew in the bottom set of distributions. Once qualification is involved though there’s an even bigger shift and we can see that swim, bike and run distribute much faster at the World Champs event. 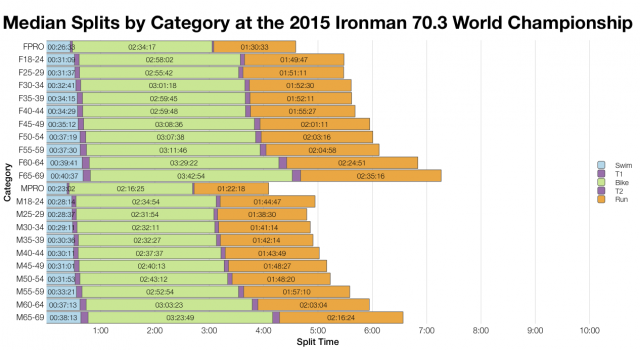 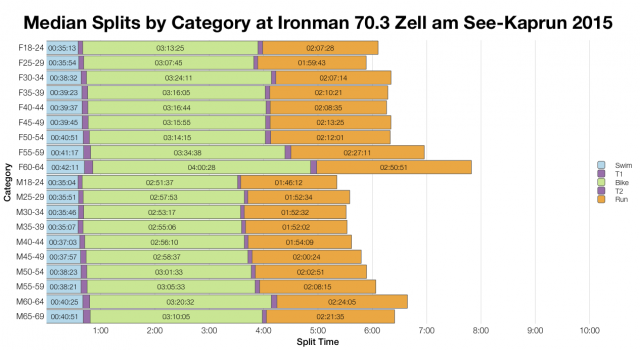 It’s exactly the same with the median splits for the most part. Take only those who’ve been fast at a previous Ironman 70.3 and every split sees an improvement to its averages. This shift in medians and distributions is also seen when comparing Kona results with other Ironman races – unsurprisingly qualification criteria have a big impact on race results. 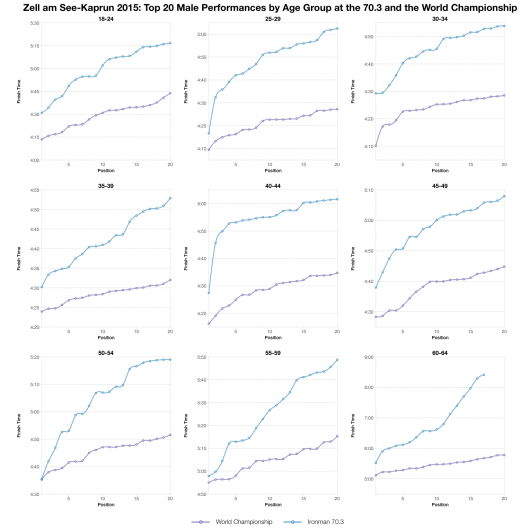 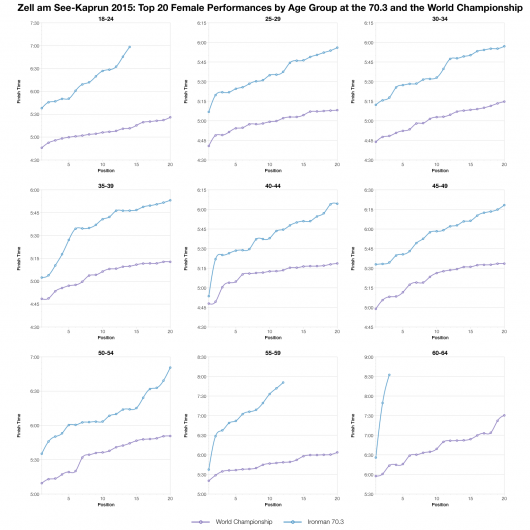 There is a gulf between the top twenty age group performances at the World Champs and the previous day’s standard 70.3. There are a few at Saturday’s race who could have given the World Champs athletes a run for their money, but most are 30 minutes or more slower over the course.

There isn’t really anything new to conclude from this analysis. World Championship events, even at the age group level, are faster that the qualifying race. Although athlete numbers are comparable they’re drawn from those who’ve been fastest in the previous year which naturally brings race times down. 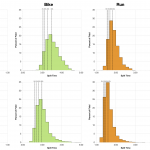 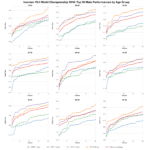 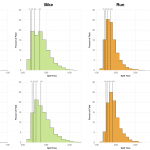