Another new Ironman race with more slots for the 2016 Ironman World Champs – Ironman Muskoka made its debut at the weekend. The second 2016 qualifier for Kona and first in North America, Muskoka came with 50 slots. It’s a new race so to give some context I’ve compared its results with aggregated data from 2014 North American Ironman races (excluding Kona).

Comparing the split distributions the key thing to note is that differences are minimal. The only thing Miskoka lacks in comparison with the aggregate is a fast leading edge, but some of this can be explained by the lack of a pro field to put in those times. The middle of the pack, the bulk of age groupers, appear similar to other North American races. 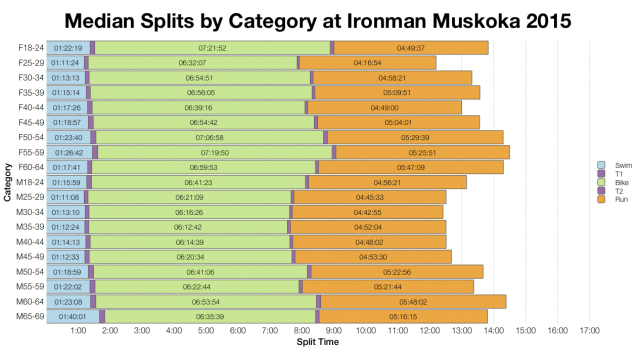 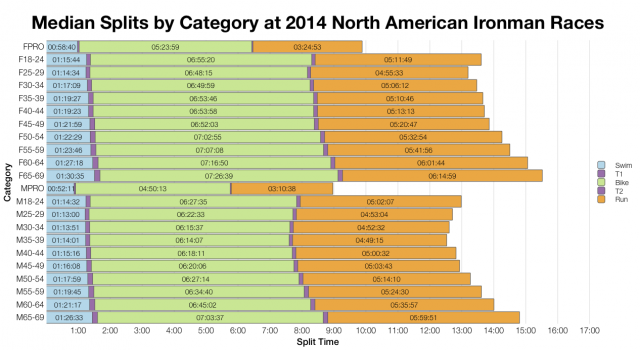 There’s variation across age groups, but for the most part median splits compare well with the aggregates. Again Muskoka falls inline with the results from other North American races. The removal of the pro field might remove the top times from the results, but age group performances appear to be largely comparable. There are no obvious or significant trends. 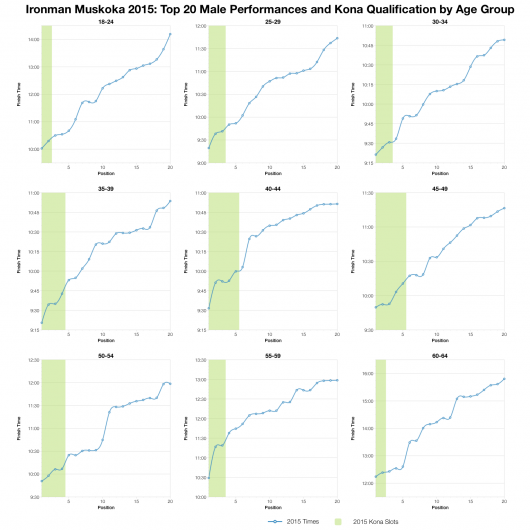 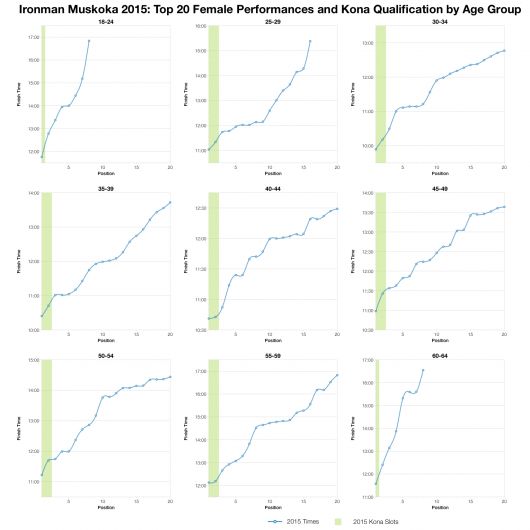 We don’t have any context for the top twenty times in each age group. There’s a fairly steep fall off from first through to twentieth, but leading times are respectable for qualifiers and would suggest that levels of competition for Kona were largely comparable with other North American races.

A spreadsheet of the full results and splits from Ironman Muskoka 2015 is available on my Google Drive.