Late pool opening gave me a break from coaching on Tuesday so this week there’s only two triathlon swim plans. The main feature of these sets is ankle pull – swimming with the pull buoy held at your ankles. It’s good for emphasising the importance of maintaining a long, straight position in the water through core control. When new to the drill and struggling to hold the buoy in place we use a band to hold feet together, but the aim is to progress to holding this position unaided. What I’m really trying to avoid is the swimmer fish tailing, where their legs and hips swing from side to side as they swim. 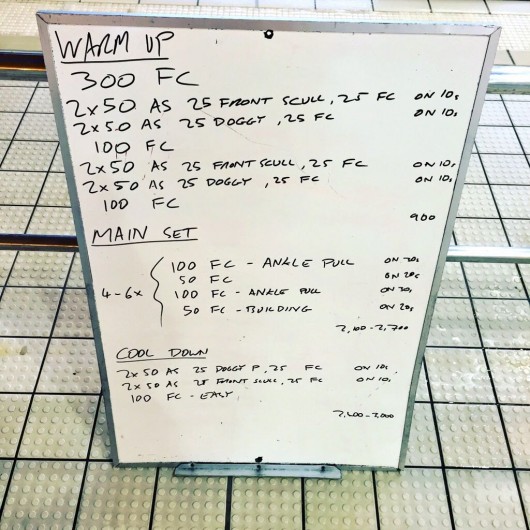 Wednesday’s session focussed on the catch during the warm up and then shifted to body alignment and core control for the main set. 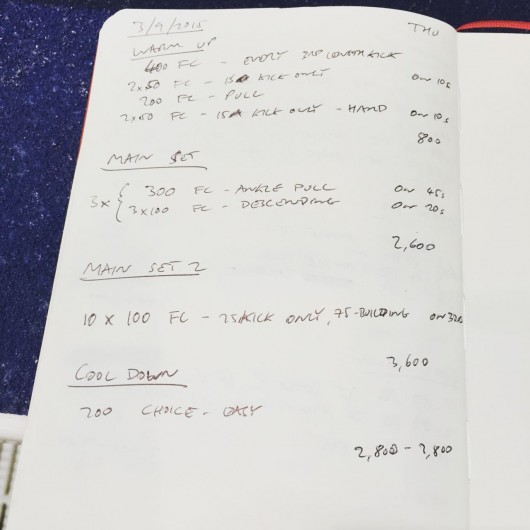 Today we worked on a kick a little and tied that in to more work on core control and maintenance of body position. As usual the smaller group meant we could do a little more individual work and go off plan to better work on technique. 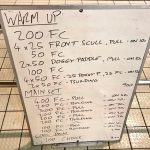 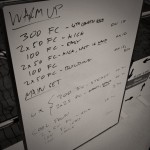 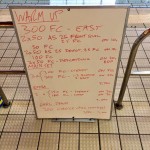