This week’s three triathlon swim plans cover a variety of areas – kick, stroke length and body position. Common themes for my groups, but some different approaches to them. Plenty more work wit the pull buoy too plus a mixture of harder efforts to break up the longer reps. This the last week I’ll be posting three swim plans, I’ve a couple of weeks break from coaching and then I’m reducing my club coaching to two regular club sessions. 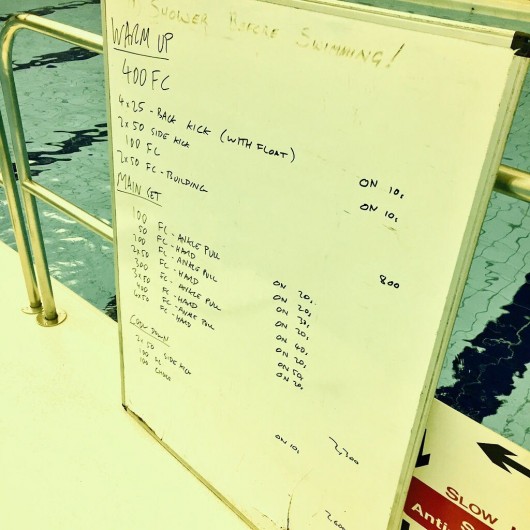 The war up focussed on a streamlined kick. It’s important to note that back kick with a float involves kicking on your back while holding the float over your knees – the float then gives a clear indication if you’re kicking from the knee and knocking the float.After the warm up the main set focussed on body position and core control, using a pull buoy at the ankles to reinforce this. 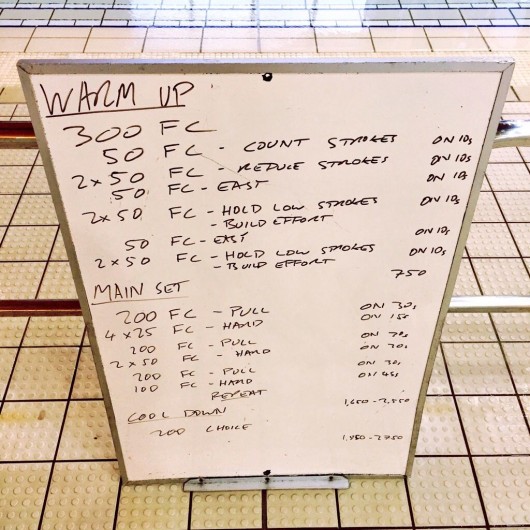 Wednesday’s warm up worked on stroke length. By counting strokes and trying to hold a lower stroke count as effort increased the swimmer has to focus on what they’re doing and find ways to be more effective in the water. 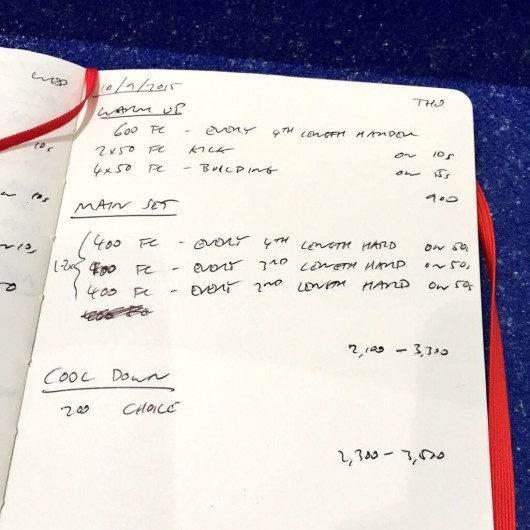 Today’s session was more about volume with a little bit of speed in there to break things up. One of the bigger swims the group has done. From a coaching perspective – a lot more standing around waiting than I really like! 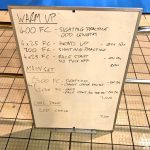 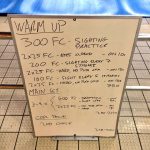 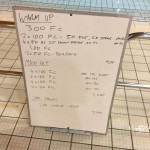 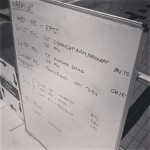