In it’s first year Ironman Mallorca proved to be a competitive addition to the Ironman season. As an early qualifier, based at a popular training venue, it drew a strong field in the hunt for Kona slots. This year was much the same – fast and competitive at the front of the field – results trending closely with the inaugural race.

There is little to choose between the split distributions from either year: swim was slightly slower this year, bike slightly faster and run much the same. The overall splits fall closely in line with 2014. With two similar years of results we can begin to view this as a typical day of racing for Mallorca. 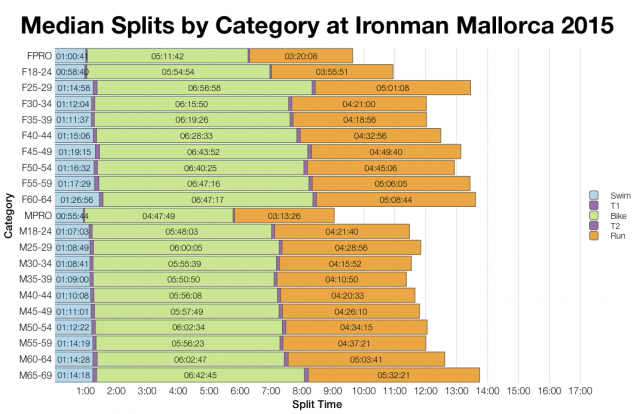 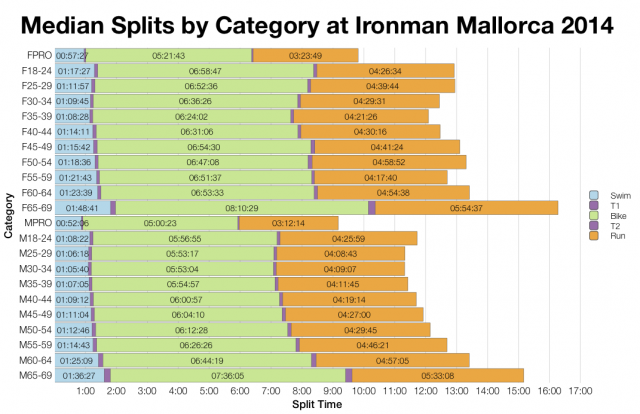 Breaking things down at the age group level shows small variations across the categories, but again the similarities between 2014 and 2015 dominate. Bike times are clearly faster for most age groups this year, but swim and run don’t show such clear trends. 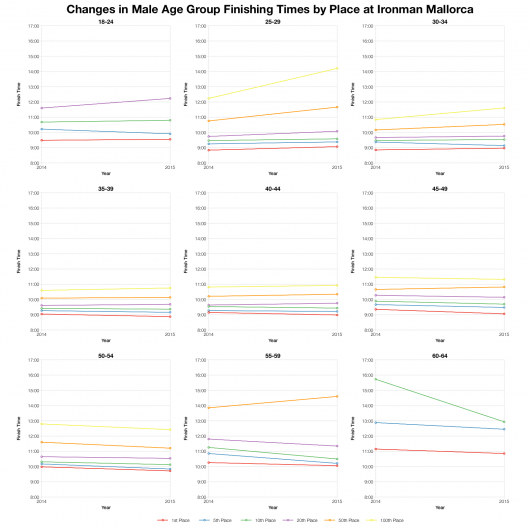 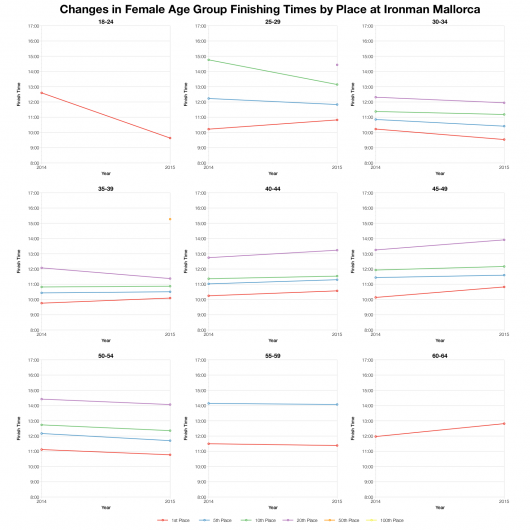 Unsurprisingly if we compare times for different finishing positions between the two races there isn’t much change either. In some age groups there are improvements, some are slower, but for the largest groups times are very similar. 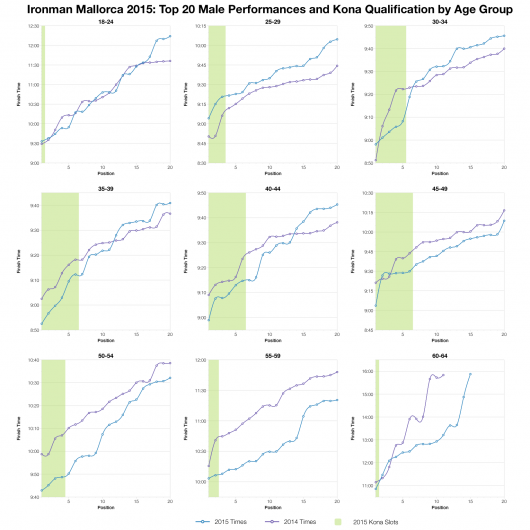 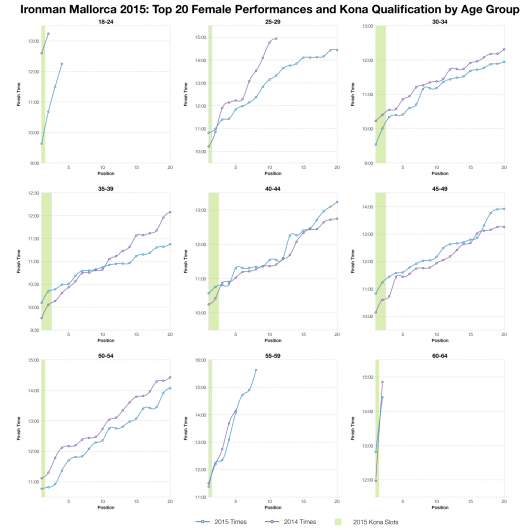 In last year’s analysis I noted that the results from Ironman Mallorca are comparable with the European averages. Like many other European races this means there’s a fast and competitive age group race for Kona slots with male times dipping below 9 hours in a few cases. If we compare the top twenty results over the last two years we again see that 2015 times are similar to those of 2014. For the female age groups this is particularly true; for male age groupers there’s a bit more variation, but results aren’t dissimilar.

Now that I’ve got a couple of years of results and they’re much alike, I’m confident this is what we should expect from Mallorca. It’s not the fastest in Europe, but this is probably the nature of its course; it’s also not one of the slowest, in part due to a decent level of competition. It’s well timed for Kona qualification, giving a year to prepare for that race, but it’s far from an easy qualifier.

You can access a spreadsheet of the full results and splits from Ironman Mallorca 2015 on my Google Drive. 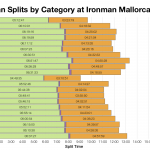 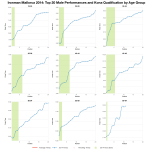 A Selection of Kona Slots