This weekend we saw the last European Ironman race of 2015 take place in Barcelona. Only it’s second year as an Ironman, but with previous history as a Challenge event, Barcelona is a fast course to end the season with. Entry numbers had risen on previous years and slots remained the same with 50 available for the 2016 World Championships in Kona.

Barcelona is a fast race and this year was no exception, but in comparison with 2014 it comes out slower. This isn’t by a huge degree and still leaves the race at the faster end of European events, but it’s noticeable. The impact appears to be bigger in the middle of the field; the front of the pack falls much closer to previous results. It’s also most clearly pronounced on the run, here the shift in times is the biggest. 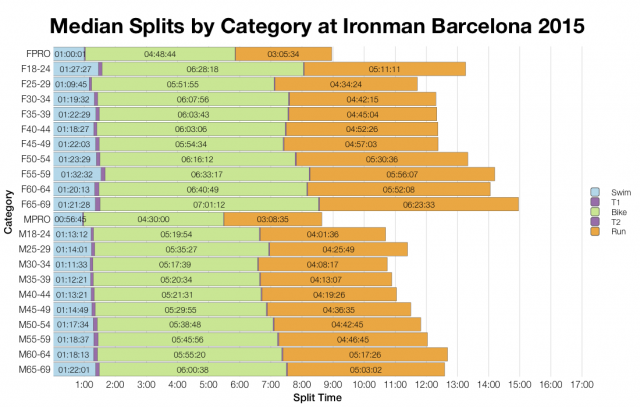 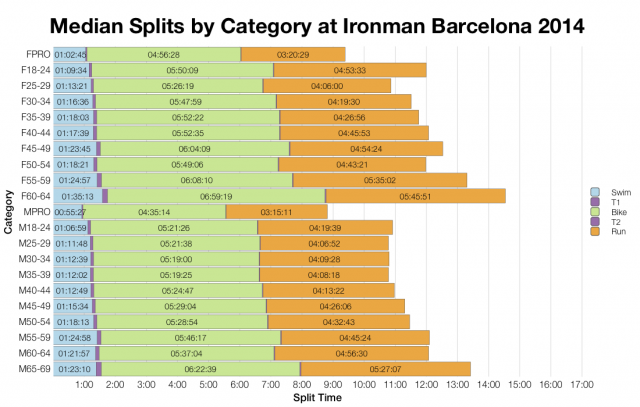 While 2015 appears to trend slightly slower the changes are subtle so they’re hard to pick out in individual age groups. There’s a lot of variation here with some age groups faster and some slower in particular disciplines. We certainly see slower run times in many age groups. Run conditions were potentially tougher this year, but I also think we’re seeing a broadening athletic field pulling down the medians slightly. 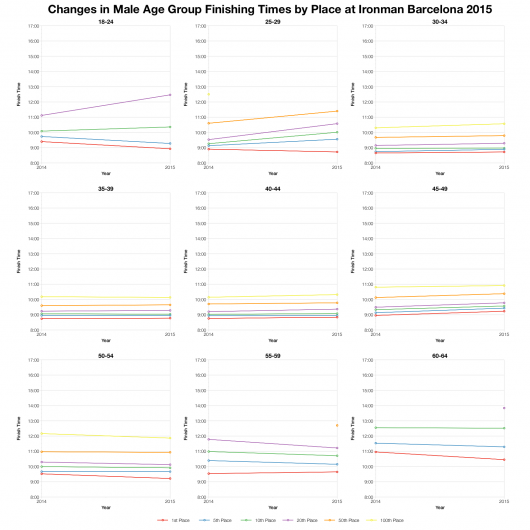 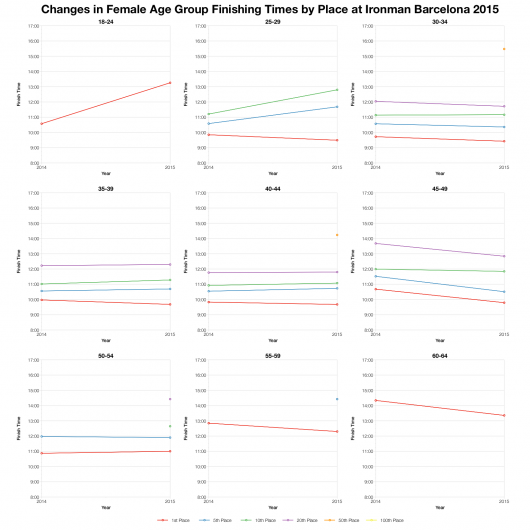 Comparing age group times for specific placings between the two years also shows a mix of results. In many cases times remain roughly the same or slow slightly, but there are quite a few front of pack athletes, particularly in the women’s field, who went faster. The variation in results and the fact we still see good times from front of pack age groupers adds support to the idea of a broadening competitive field at this event. 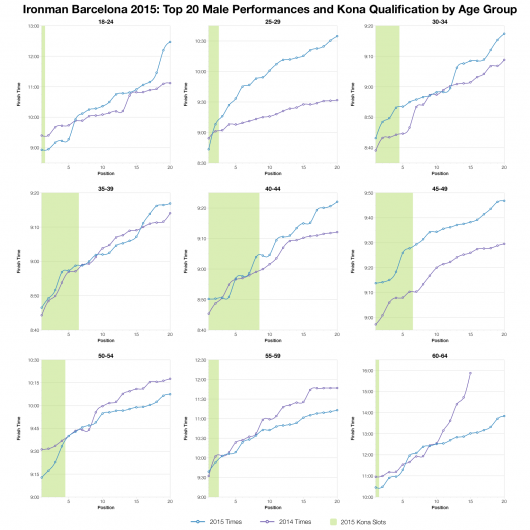 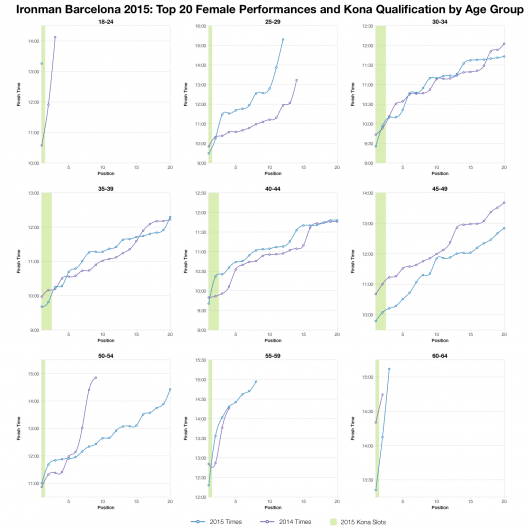 Conditions obviously vary year on year and will always play a role when comparing results. In this case I’m not sure they played a large role. The run does appear to have been a little tougher than before, but most changes are relatively small. A broadening competitive field is almost certainly another factor in this race, helping to increase the median times. At the front of the field, the competition for Kona places remained much the same.

You can access a spreadsheet of the full results and splits from Ironman Barcelona 2015 on my Google Drive. 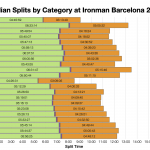 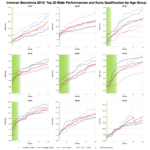 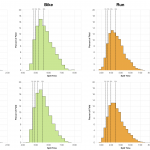 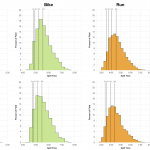