Ironman Los Cabos took place a few days ago. It’s a small race with just over 400 athletes racing for 40 Kona slots. That certainly seems like good odds for gaining a slot, making Los Cabos a good choice for qualification. Unfortunately, this was also the final running of Ironman Los Cabos.

A brief note on the stats – at the time of writing I’m unable to extract the results from my usual source, Ironman hasn’t updated the race results archive. I’ve extracted the top level of data from the sportstats.ca site, but this – oddly – doesn’t accurately list run times. So, at the moment, transition times are included in any representation of run times.

This year’s race distributes much faster than previous years in both swim and bike. Run was similar, although this year’s data does include the transition times. With a very small field, as the race has seen the last two years, there’s a lot more variance in the results, so it’s hard to tell how much conditions played a role. The race may also have drawn a strong field thanks to previous low numbers for the available slots. 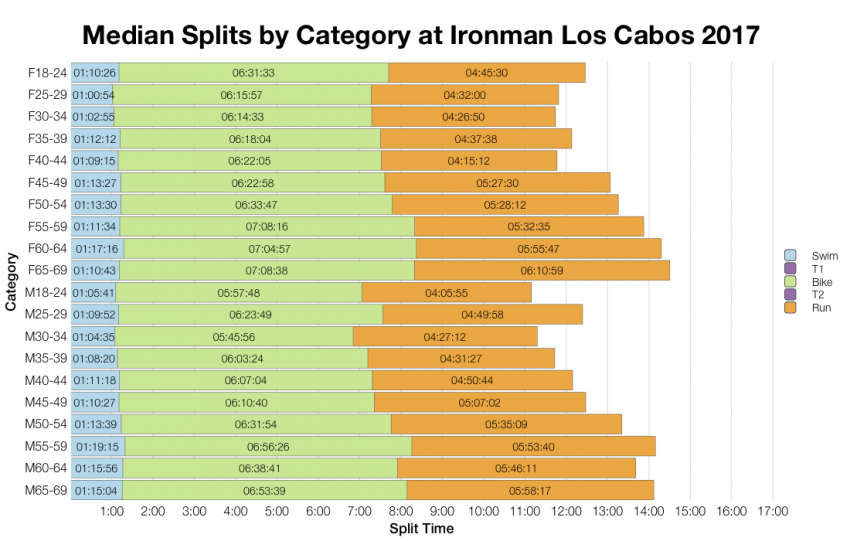 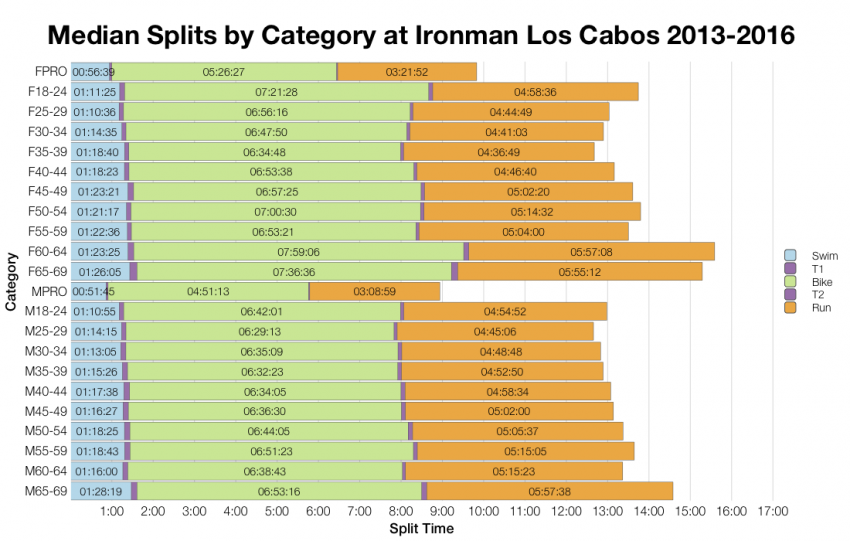 Medians broadly follow the distribution’s trends, but with the low numbers there’s quite a lot of variance between age groups. 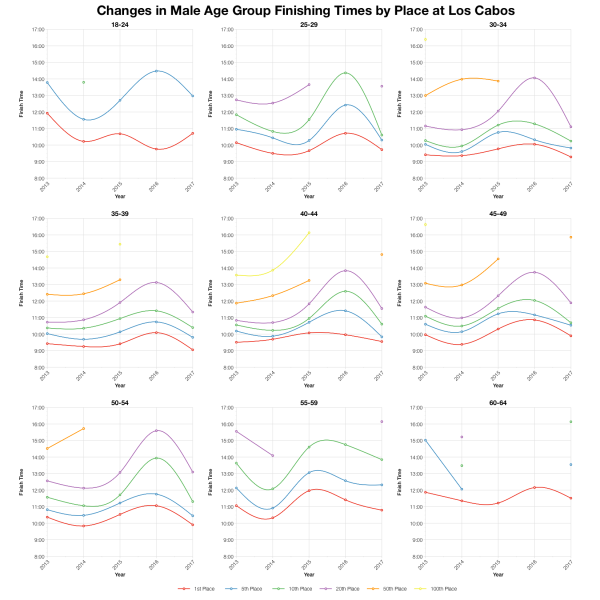 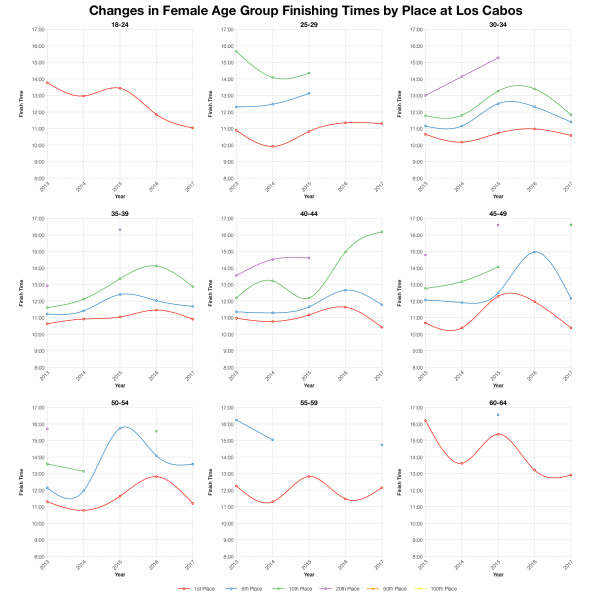 There was a definite increase in performance at this year’s race, certainly in comparison with the previous two. The shift appears to be across the field which does suggest conditions may have worked out favourably. 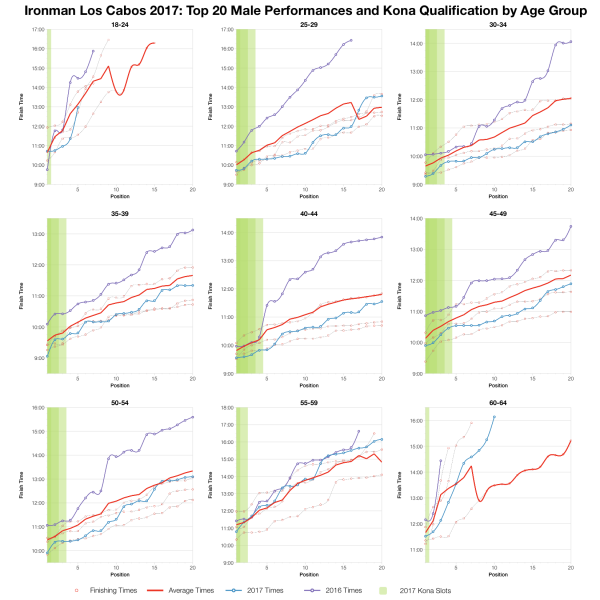 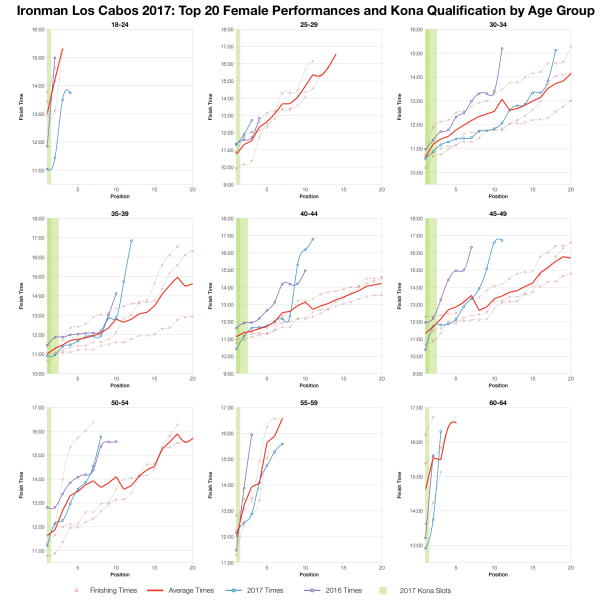 For the men’s field the top twenty trended faster than average, pushing towards the fastest the race has seen. In the smaller women’s field times were much closer to the race averages. So a faster qualifying year for the men, but average for the women. 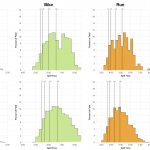 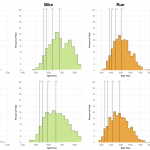 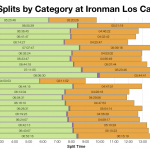 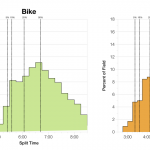