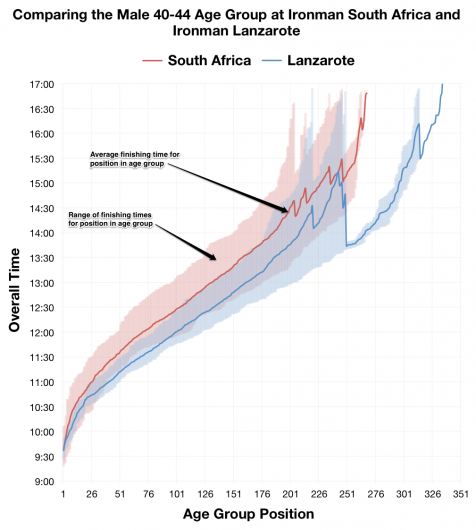 Playing with new ways to use Ironman results by extending my graphs of the top 20 within an age grouper to an entire age division. Using results from a number of races allows a comparison of the average and the range of finishing times at each placing.

In the chart above, comparing a number of years at Ironman South Africa with Ironman Lanzarote it would seem that male 40-44 year olds deliver faster results in Lanzarote. This likely reflects the quality of field as much as the difficulty of the course. It’s worth noting that the range of times is broader for South Africa, particularly at the sharp end of the field. Faster age group winning times have taken place in South Africa compared to Lanzarote although their averages are largely identical. South Africa appears to have the more variable crowd/conditions in comparison with the far tighter Lanzarote. 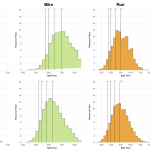 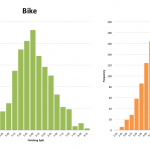 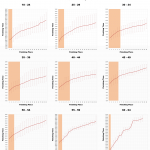 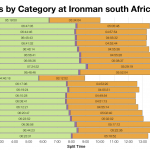