Guess I Better Keep Working on the Swimming

I’ve updated my results page with the first race of my season in Australia. Summing the whole thing up, it wasn’t a bad race. Last time I said it was a training race, but it’s funny how you still have some expectations in the back of your mind. I did a 4:31, for 47th overall and 9th in my age group. Not my fastest half, but still a decent effort. I put my excuses out there last time anyway, I’ve trained pretty hard this week so there were always limits to what my body would do.

Anyway, I’m not taking negatives away from this, you always have a little hope for an exceptional race even when you’re not prepared for it. If I had any genuine disappointments it would be the swim. I’d hoped to see my time there improve, but came in at around 30 minutes. I didn’t get as badly boxed in as I did at Worlds, though my starting position wasn’t ideal. Right in the middle, a row or two back from the front, so squashed in initially. Largely my fault that one, though the way the waves were called up into the swim could be a lot clearer. More time before waves would also alleviate problems later on the course and allow us to settle into positions better. All that said the swim course is great, the water was nice, warm but with a low sun not boiling.

First transition was a little slow really, and very sandy. Pretty much everything I took to the race came home with a coating of sand and salt. Fortunately Monday was a ‘recovery’ day and I ad time to clean up properly, including the bike. Trying out the recommendation of my mate here my bike eve has a nice coating of Mr Sheen to finish it off!

Back to the race though and once out on the bike I went off a little too hard. For the first 10-15km the winds were pretty low, but then it picked up from the north and made the ride much more challenging. Road surfaces were typical Aussie fair with a bit of smooth tarmac and a lot of rough open chip. The course is mostly flat with some nasty little undulations here and there. Without that wind it would be very fast, with it you had plenty of work to do.

Apparently a lot of Aussie triathletes have no problem sharing that work as drafting was rife throughout the course. My friend I’m staying with is a Technical Official and was in charge of the bike course, he spent a lot of the day busting drafters, but the numbers involved made it difficult to deal with. Through lap 1 I struggled against a group of 4 guys who were working together, over-taking me then dropping pace. I’d put in an effort to move ahead and keep to my pace again, but then be swallowed up again. Fourth or fifth time in I let them go ahead and eased off a little as I was wasting energy with the short bursts. Frustrating, but I couldn’t keep battling it out and I wasn’t going to sit in their pack. Aside from it being cheating if I got busted for it then my mate would know and it would be a quiet ride home! As it was one of the other TOs there always seem to ride past me just as a large pack overtook me.

As I started lap 2 I passed Pete, he’d had a good swim and was going pretty well on the bike, though from what he said it went a bit downhill as the day went on. Second time round and the affect of the wind was much more noticeable now, also the packs were becoming more obvious. It was frustrating again to come to a turn-around point and see that you’re only 500m ahead of a big pack and to know that soon you’ll be swallowed. In the last 10km of the ride a large bunch had just overtaken me when again a TO friend came up beside us. I’d dropped back to the legal distance and he joked about booking the pom. Then he moved up and started making the bunch spread out legally. It was remarkable to see the drop in speed that suddenly occurred when they could no longer draft off each other. Seeing my opportunity I powered up the right hand side overaking the lot and leaving them behind. I think 2 other guys broke free of the group, the rest couldn’t hold the pace without a draft. If nothing else it demonstrated the impact drafting has on people’s races.

Transition 2 involved more salt and sand everywhere as I faffed about putting on my compression socks. As I’ve said, I’ll not be using them in A races, they take too long to put on, but they do save your legs for the next day. Out onto the run and I felt pretty stiff. My legs had been tired on the bike due to the week’s training, but now it really hit home. I stuck into it though and roughly kept track of my pace on one of the dullest run courses I’ve experienced. We ran back and forth up roads which one day in the future will have very big luxury homes built on them, but right now it’s mostly just fields. The sun was out in force now which left me a little burnt at the end of the day, but not too bad. Temperature was high, but manageable, it was worst if you were running with the wind as the breeze didn’t cool you. Toughing it out for the 3 laps I picked up on lap 2 and held it into lap 3. With 4k to go I was overtaken and tried to match pace, but just didn’t have the speed in my legs. I pushed on as hard as I can getting up to maximum speed I could manage for the last couple of Ks.

Over the finish line and my second free towel of the weekend (Tanita were giving away a free towel to competitors the day before too). Lots of fruit for competitors afterwards which was good, but the craving for calories was enough that I needed something a little less healthy! Just round the corner from the finishing tents was a stall selling German sausages so that sorted out the bad calories!

The only other thing to mention about the race is my preparation – the all new relaxed approach. Well it worked well again. Bike was checked in and dealt with on the Saturday, I came home and laid out all my kit and packed it that afternoon. Travelling to the race with a TO meant I was there very early – up at 3 in the morning, kit on, quick breakfast and out the door. Arrive at the race about 4:20 and wait for Transition to open. Then in first, bike set-up in 10 minutes, minimal queues for the portaloos and all ready with an hour to go!. Leisurely put on the wetsuit and no stress at all! The next step is to keep this calm approach whilst brining in a bit more focus on race strategy and goals.

And finally, that’s the race report, so a few other thoughts from the last few days, then I’m done. I operate a strategy of putting down small as my T-shirt size on race entries when there’s a free T-Shirt involved. Generally this works well, in the case of this race however it’s a bit of a close thing… I could wear it though it’s an effort to get in on. It’d be fine as a race top though, probably for shorter stuff really and combined with Speedos I could race old school! Maybe not, and should that change I promise no pictures!

Birds are now up to about 20 helped by the presence of a Magpie just outside the house, it gets me 3 times every time I go out for a ride! Also helped by a particularly vicious one at the end of Tallebudgera Creek road which got me 6 times today! And yes, I found the proper Tallebudgera Creek road this time and it is nowhere near as tough as the other roads I found. Also met a Kiwi guy called Adam on holiday on the Gold Coast with his family. He’s brought his bike and is getting in early rides before spending the day out with the family. So I’m going a little off plan tomorrow and riding with him up to Springbrook, better check the maps as I’m the one with the local knowledge supposedly! Normally it’s a long run/easy ride on Wednesdays, but I’ll switch it to Thursday for this one. And really, honestly, finally did my first proper brick run (a short one today) as I start the brick runs every ride initiative. 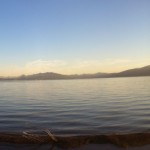 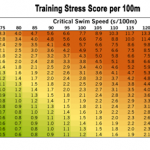