☰
Home > A Day at the Beach

A Day at the Beach 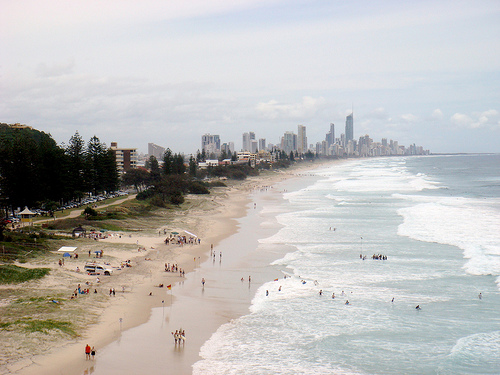 I can be stubborn, very stubborn in fact. Often it can take a while for a message to get through to me. Despite all of this I’ve (so far) managed to take today off as a rest day. You see it’s been 21 days of training now, averaging 4-5 hours a day in that time and those that fell short of that number used intensity to make up for it. The joys (torture) of Yoga have been putting extra strain on muscles all over the place. Sleep has become a lot easier, a lot heavier and despite regular 8 hour nights I never feel I get enough. Then there’s the motivation factor which is usually pretty big for me. This morning the thought of another 3 or 4 hour ride just didn’t appeal at all!

It’s very hard to accept rest as part of the program. I’m very driven in what I do and looking to keep progressing like anyone chasing Hawaii slots and 9 hour Ironmans. When I got up this morning the thought that I could either train as normal or have a rest day was in the back of my mind. This is a very tricky decision to make, potentially I could be being lazy. For me to make it almost certainly involves some kind of bargaining. If I take today off I’ll absolutely flog myself up Trees Road tomorrow (accidentally discovered 20% plus road)! Even then am I just being weak by skipping out on training? I hadn’t scheduled this!

There was a huge mental battle lying ahead of me for the next couple of hours. Chances were it would culminate in me either getting out on a ride or deciding it was too late and resigning myself to not training. All of this was diverted by one simple question from my landlady – “What’re your plans for today?”. I admitted that I’d not decided and was considering a rest day as I was tired and had trained for the past three weeks. When she said then I should take a day off that was it. External validation of the position, qualified or not, was good enough for me. Commenting how I’d yet to visit the beaches pretty much cemented the issue. After all living five minutes from the beach and not having stepped foot on it is a cardinal sin!

Confession finished the plan for my penance was set. No training today. Instead a long walk along the beach with breaks for coffee, some brekkie and probably a bit of cake on the return leg. I’m happy to say I’m now sitting at home, penance completed. I walked further than planned and possibly had a little more cake than planned too! Plenty of coffee, though I now have to wonder how I ever grew to have a fondness for Cappuccinos. I vaguely recall having a very high caffeine intake at the time and switching to Capps as a way to handle more coffee because of their milder taste! I am back on the hard stuff though, if it’s not black it’s not going to work. It’s been a good break, but even now I’m fighting an urge to go and do just a light jog, or there is a yoga class at 5! Instead once this is posted I’m going to have a lie down and possibly a nap!

In fact that rest is pretty appealing so I’m motivated to get this done! Fortunately my weekend was uneventful, more of the same. Read the last two posts and you’ll have a pretty good idea how it went! Training and a few signs I needed more time to recover. At the same time there were signs that my fitness is really taking shape too so I can’t be disappointed. I’m feeling I’ve got myself to the point where I’m ready to really start the training I need to progress. The next 7 days are going to be a big week now, the plan is to get a lot done before I fly out to New Zealand. Not that things get easier there! My first week I’ll keep training up as usual probably with more of a bike emphasis. Then it’s Epic Camp time and I plan to push myself hard and see what happens! After that I might allow myself a rest day again!

(I am thinking I’ll flog myself up Trees Road tomorrow. Not to make up for resting, just now that I think about it…)