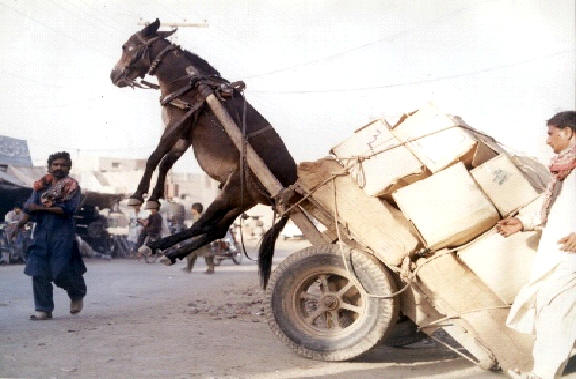 I am in familiar territory. Unfortunately not the comforting kind, but a place of uncertainty. Sometime last year in Oz I must have blogged reporting on problems raising my heart rate in training, feeling tired and under-performing. Guess what’s back?

But before you skip ahead I’m not that worried. The last time this happened was 4 weeks before Ironman Western Australia and the result was my best race ever. Whilst it’s a mere 2 weeks to Roth the all important Ironman UK sits 5 weeks away. So the plan for this situation is simple. I push on ensuring I stress myself with volume where intensity isn’t possible. Also I rest seriously – when I have the time to put my feet up they go up. With luck I will overload the system enough without ending up in a pit I can’t get out of before Ironman UK. A discussion of overreaching and overtraining might be one for another post.

Ouch! If I’m going to worry about anything it’s the twinge in my right knee. Coming on at the end of my long ride on Tuesday, I’m not entirely sure how it came to happen. Without wanting to throw random accusations about I think I managed to tweak something a little hitting one of Berkshire’s numerous potholes!. The result is a sore/painful point at the top left of the kneecap where the quad inserts. A mix of icing and stretching and a bit of fun with my Trigger Point roller seems to be helping. Yesterday it forced a very easy jog for my 30 minutes of running and looks like today will be the same. Similarly I’ve cut the bike load in the circumstances. Trying to make up by a double swim session today – 3.5km at the lake this morning and then a 90 minute squad session tonight! On the bright side I hope that effectively this will mean I can train harder the next two days.

Whilst the pain started on Tuesday it didn’t really have much affect on Wedensday. That is until I’d finished the Woodland 5 Mile and a Bit race. I swam in the morning and went on a fairly easy, but reasonably long and undulating bike ride. All was well. Careful planning of the day meant I spent the entire afternoon sitting in a warm conservatory catching up on a stack of reading (with some good strong coffee of course!) Despite this I was really finding it hard to motivate myself for the impending race.

‘Race’ Number 3. Still I headed over there in suitable time and managed to stumble onto the venue more from luck than map reading or adequate sign-posting. I felt tired though. Very simply low on energy and enthusiasm. So I strolled to the start line at a sedate pace and with 10 minutes to go did a slow 3 minute warm-up. I didn’t think much more about it and tried to relax.

Once we were off it was clear a fairly large group were moving away from me. At this point I made a half-hearted effort to respond and go with the lead bunch, but really it wasn’t happening. I settled in to a solid, but too comfortable pace not really pushing myself the way I’d like. After a couple of kilometres things clearly picked up and I did move up the field a little over time. Far more importantly I started to really enjoy the race. The trails were lovely, not too technical, but not too simple. Even the climbs which worked the calves were good fun! I was happy to be running a high tempo pace, not at my best, but harder than general training.

No idea of my placing when I crossed the line, I didn’t really care. The second I stopped though pain hit in the knee and I was a little concerned! For all the pleasure of the race I dreaded the idea that I’d inflicted an injury on myself. A slow walk back to the car seemed to relieve a lot of the discomfort and I went home a little happier. My time and pace for the race were poor, but in terms of training it was a good session if not quite the top end I wanted to hit. I’ve one more race to go next week in my little mini-series. That said I’ve been enjoying doing this and may well seek out more. Is 4 days before Ironman UK too close to do one last tempo run session for fun?!

Since then Thursday was easy as planned. Actually it was easier than I’d planned, but when I rode to the lake and found the knee was very unhappy things changed. Today looks to be easier too, the knee is getting better, but I don’t want to chance it. So lots of swimming and a lot less biking and running. I’m still on the 30 runs in 30 days mind you! I think a couple of easier days will do me some good, as I say I’m clearly well fatigued right now! For the next week I want to put in some solid intensity prior to Roth and make a last hard training block ready for Ironman UK.

Before I go I seem to be becoming addicted to Twitter! Not really badly, but having resisted so many forms of Social media I’ve ended up on another one. You can follow my Twitter account or just see the updates in the right column. Yeah OK, they’re not ground breaking!