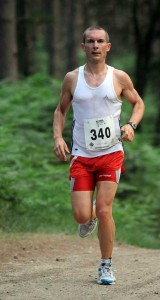 Lately I’ve found myself in the odd position of being a dietary advisor. Odd because I’m not a dietician and my recent dietary adaptations have been a new experience for me. There’s the fact that I’m being asked about the Paleo Diet, but I’ve never read the book! I’ve discussed it with friends who have and I’ve read up on the subject, but I’ve never invested money to learn more!

Still I adopted a diet based on what I’ve learnt. I’ve become notably leaner and had two good race results since the change. The former undoubtedly a direct result of the diet, the latter I believe also a consequence. It’s in this capacity I can make any claim to have any ‘expertise’ in the area. That’s my big caveat before laying down the rules of my diet.

A couple more things to note though. Firstly it’s not about being light for the sake of it. The aim is to be at your optimal race weight. There’s a point where further loss of weight will cost too much in terms of performance and health. You don’t want to cross that line, but for race day you want to be near it. Secondly these are the rules that work for me, not suggesting you copy them, follow them in any way or would get the same results if you did. Just putting them out there so next time I’m asked about my diet I’ve an easy reference – it’s pure laziness on my part!

Weigh In To ensure you’re managing the desired loss or maintenance of weight you’ve got to be monitoring it. I like to weigh myself daily, log the result and plot nice graphs in Excel off the back of it. Generally dieters are advised not to weigh themselves daily. Daily weight fluctuation has a lot of causes other than fat loss – hydration for example. The important thing is the overall trend i.e. if you’re trying to lose weight you want to see a drop over a week, but if you go up on a single day it’s probably meaningless.

The advice not to weigh yourself daily is simply that for many dieters seeing those occasional weight gains can be disappointing. This is then followed by binge eating or starvation to comfort or compensate for the perceived failure. I don’t really have that problem and I’m going to assume that anyone managing their weight for racing probably won’t either. It’s just a number and sensible dietary management will control it.

Breakfast Prior to Paleo this consisted of the endurance athlete’s staple porridge. Cereals are out though so that’s a no go. The rules for my breakfast are pretty simple. There are two dishes at breakfast:

On easy days or during recovery I’ll typically have one or the other. Training normally I’ll have both. The dairy is not Paleo in the least, but I like cheese! Given I’ve consistently lost weight with the cheese in my diet I’ve allowed it to remain. It goes without saying that copious amounts of strong black coffee are consumed with this.

I’m sure Palaeolithic man would have been firing up the espresso machine and cooking an omelette most mornings!

Lunch/Dinner Be warned there’s not too much variety in my meals. That’s more a consequence of my laziness than the diet itself. Meals are built as follows:

Treats The less you need these to get by the better. I’m not big on treats unless you count my allowance of dairy!

During training The Paleo Diet for Athletes modifies the original diet for those of us exercising a lot. Basically throwing in some carb consumption around sessions. Here’s how I manage this:

Carbohydrate Binge Not yet suffered from the urge to binge on carbs whilst on this diet. Or at least never succumbed to it. I have found that on occasions where I have planned to have time off from Paleo my weight has shot up. I’ve seen drastic shifts in a matter of a day off the diet. What’s important though is once back to Paleo I soon return to the original weight.

There’s a lot of modern foods which you basically can’t eat whilst being Paleo. In fact the more you like salads the easier it is! I’ve found that after a few weeks on it I don’t miss much of the stuff on the banned list. When I do have a break after a race it doesn’t take long to get bored of refined sugar! Recent experience is suggesting I should avoid going too far with the binge eating though. It may come off quick, but there’s no use making too much work for myself.

Those are my rules. This has worked well for weight loss to my target race weight, but is largely untested for weight maintenance. I would probably need to up the calorie intake a little for that. Probably taking in a little more carb in the diet, primarily in the form of potato. It’s not 100% strict Paleo, but it works for me. Your mileage may vary, but if you’re looking to get lighter for racing I recommend this route.

With Kona not so far off I’ve set myself the goal race weight of 69kg. Hopefully I’ll be there at the start of September so I can get a feel for my performance at that level. It’s lighter than I was in the UK and Roth and closer to my weight as a runner. I think there was room to be lighter at either of those races though.