I’m not sure whether the title should finish with an exclamation mark or a question mark. We’re now less than seven weeks away from Kona and I’ve started my five week build to race fitness. After a very solid three week break it feels like a bit of a mountain to climb. Still I needed the down time.

Three weeks of living without a schedule and doing little felt weird. It wasn’t quite right, I didn’t feel myself. Despite that I was a little nervous coming to the end of it and trying to jump back into training. On the one hand it didn’t feel good not training, but then I wasn’t my most motivated either. It’s with relief that I can say that motivation and drive have returned. Based on the evidence of three days on the program at least!

Whilst I may not have done much training during my rest I certainly thought about it. I spent at least some of the time drawing up the training program from here to Kona. Coming into it well rested, or at least hopefully well rested, I’ve put together a heavy block of work. Here’s my chance to put in place the final touches before what must count as an A race so I’d better make the most of it.

I may put up a copy of the plan in the future, not sure yet. Not that there’s any great secrets in there! Even if that were the case it’s already had some modifications. In fact I made my first adjustment before the first session of the first day! A wise choice though – I decided I needed to get on top of my swimming and quickly. The way I felt in the pool on Monday morning there’s an uphill battle ahead.

Day by day though I’m feeling more like my old self. Tuesday saw my first long ride and whilst my companions were certainly pushing me at times it felt a lot better than expected. I didn’t completely die and managed reasonable efforts at times. The top end is missing and my heart rate is higher than I’d expect for the effort. I don’t think that’s a surprise at this point.

More important than the plan’s details is the commitment behind it. Whilst I lounged around, a little disgusted at myself for being so lazy, I decided what was needed was proper commitment for Kona. Sure I’ve trained a lot over the months, but I wanted some of the focus that came during the first days in Oz. I was managing big hours, hard training and had all the details down too. Recent posts on dieting may have hinted at my love of rules. As such I came up with some rules for the Kona build.

Really the point of the list is to remind myself how serious this is for me. Sure it’s fun, I do it for pleasure., but part of that pleasure is racing and racing my best. If I want to do that in Hawaii in October then I need to train well and that will mean sacrifices elsewhere. Is this new to me? Not entirely. Consider this a re-declaration of my commitment to this sport. As of today I’d say I’m scoring a B for the rules, I want to be scoring an A though!

A plan, a set of rules, a goal and five weeks of training followed by two weeks of taper. That’s what sits between me and my first time in Kona. There’s lots to do in that time and whilst these first few days of training are tough going I’m optimistic.

I have a few points to focus on in the next few weeks. Generally the aim is to use the coming fortnight to get myself back up to fitness. Then I’m off to the Pyrenees for a very tough week of work. Lots of cycling and lots of running to push things up. Once I’m back home I want to finish things off with two more solid weeks of training. I expect to be exhausted and ready to rest by the end of it.

Specifically I want to work on plenty of threshold swimming, pushing myself harder in the lake. Technique still needs work, particularly the final push of the stroke which I’m tending to cut short. Cycling is just a matter of plenty of riding and lots of it hard. The mountains will help sort that out! I’m sticking to the pattern of lots of regular running that worked well for Roth and UK. I’m not looking to improve things much in such short time though, just get a good level of run fitness.

There you go. Sounds fun doesn’t it? Well, I’m sure some of you will appreciate it anyway! 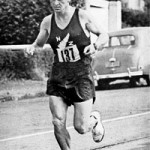 Weeks Three and Four of the Kona Build. Two for One!