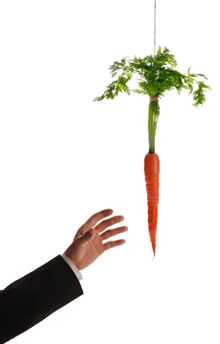 I touched on the issue of motivation in the form of a confession a couple of weeks back. Admitting to its absence through March and April. With motivation being important for success in endurance sports it was a tough time. The stark contrast between my motivated self (guilt for not throwing in an extra bike today when swimming is cancelled) and my apathetic self (not bothering to ride or go swimming) has been shocking. Aa a full time athlete not training effectively renders me unemployed!

Now that motivation has returned my apathetic state of a few weeks ago makes no sense. Where the prospect of riding familiar country lanes bored me, I look forward to getting out in the sun. Long rides are always a good time to ponder some of life’s questions and partly inspired by a tweet I’ve been thinking about my motivations. Why do I dedicate so much time, effort and pain (!) to endurance sports?

It took a lot of hours on the bike this week to approach an answer to this. My motivation has changed over the years to what I would consider a particularly positive state. Fundamentally I like to test myself. I want challenges in life that I can overcome. That’s always been the case whether it was a fixation on problem solving in my previous job or progressing my fitness to ever higher levels now.

Ironman isn’t the first thing to challenge me, but it seems to have taken hold. Before I started racing I spent a few years studying Japanese. I’ll admit I’ve always been a terrible linguist so it provided the challenge, but proved daunting. I think belief I can overcome the obstacles is essential to maintain motivation. With Japanese the drive died as I increasingly struggled to improve, but with Ironman I’m still striving to reach the next level.

In fact it’s that constant sense of progress that keeps me coming back and freshens things up. Each time I race whatever the outcome there are positives and negatives to take away. I may not have had the result I wanted, but I will have learnt something I can use in the future. It pulls me back in and maintains the belief that I can still do better.

Take Ironman Lanzarote a good result, but not the level of excellence I hoped for. I’ve reached a level of fitness where three weeks of hard training can bring me to good race shape, but have to accept that to really perform I can’t afford such rushed preparation or to be so lax on my diet. To achieve what I want I have to be exacting in my approach. I can be good, but if I want to be excellent it takes more.

As an aside I’ve also asked myself why my motivation vanished after Ironman New Zealand. I can remember being fired up just after the race and discussing what was needed to take the next step. Enthusiasm was there, but it died in a matter of days! I suspect that I once again became slightly daunted by the task at hand. Just like learning Japanese I was losing the belief I could achieve my goals. Rather than fight I chose to hide.

As I thought Lanza kicked me in the arse. A harsh reminder that if I want to excel I can’t cruise by. Work is needed and it won’t be easy. It took a couple of weeks, but I came to accept that and now I’m focussed on nothing but the task at hand.

This year Ironman Hawaii is the task. Having qualified so early I was able to focus myself down on this race and the result I want there. I’m not sure if I’ve clearly stated any goals, but I’m looking at the podium and thinking that’s where I want to be. The times and placings I achieved in 2009 are simply markers to beat. Hopefully by quite some margin. The challenge is to go back to Kona and show I can do much more.

It doesn’t end there of course. I’m already thinking about next year and what to achieve then. It’s going to be tougher as I’ll not be migrating this winter and will probably be working for a while too. All of it to fund a campaign aiming to race Ironman Austria and comfortably break nine hours. It’s been a goal I’ve declared on this blog for years and 2011 is when I think I can do it. If I do it’ll be back to Kona of course.

Long term goals are one thing, but it can be tough sustaining the necessary motivation over a year. Not racing as much this year and already qualifying for Kona has made this more challenging. Lat year there was no time to stop, I had to keep plugging away and hoping something would come of it. When several months stretch in front of you it’s relatively easy to draw up a plan, but harder to stick to it.

Whilst I’ll admit I tend to write up overly ambitious training plans I think the important thing is all the key sessions are achievable. It comes back to the need for challenge, but for that challenge to be surmountable. Too much failure leads to a spiral of disappointment and soon you’re giving up.

Realism is essential and I feel that sometimes this is lacking in athlete’s programs. I look to build my fitness week on week. Progressing my training goals as my performance rises. I know that in week one I could schedule myself 150km of running, but if I’ve not run for a while it isn’t happening. Much better to aim for an achievable target and work from there. Of course you do need to test your limits from time to time, but be measured in how you do it.

Routine is another essential. I’ve always stuck to a basic week which keeps things structurally the same. It makes it easier to plan and manage my time and once I’m settled in it makes it much easier to execute the plan. After a few weeks I’m so used to the schedule that doubt doesn’t even enter my mind. I just get on with it taking each day as it comes, always trying to perform my best, but recognising it won’t happen every time and they’ll be other chances.

And when I’m out actually doing the training the thing that motivates me is thinking about my goals. If I really need a boost I like to imagine upcoming races and how I’ll need to be at my best, going this fast or working that hard. This usually helps me dig a bit deeper and go a bit harder. Last night’s run benefited from visualising running myself onto the podium at ITU Long Distance Worlds.

Just considering how hard my competitors will be working and how fit they already are is enough to make me want to work harder. I can’t afford to slack off when I have such ambitious goals. There’s no room when every second per kilometre I can outrun my opponents counts. Knowing what’s needed no longer intimidates me instead I’m inspired to do all I can to get there.

It’s great to have my motivation back and to genuinely want to work towards my goals. There’s so much more outside my own racing too with coaching, an up coming plan for a tri club and various other projects. Every one of them needs me to keep this motivation up.