Less than an hour on the bike and I’d made a decision – I was going to quit racing. I was definitely dropping out of Ironman UK, but now, also, Galway and Wales. No more Ironman. It wasn’t fun, just painful. While an all-too-brief good patch lifted my mood, the run confirmed my decision: I would not race until I was prepared to arrive fit enough to do it justice. No more mediocre performances.

Roth brought it to a head. In the build up I began to reconsidering my plans. My DNF at Wimbleball removed me from the Ironman Endurance Test and the need to race all four Ironman events, pulling out of Ironman UK was an obvious choice allowing better recovery and time to prepare for Galway 70.3 and Ironman Wales, but the issue runs deeper: would I actually train sufficiently for those races? I have, after all, intended to adequately prepare for each of this year’s events and so far failed. The motivation isn’t there.

Priorities have changed. There are other areas that I want to focus on, not least triathlon coaching. Initially I coached to support my lifestyle, now it is my lifestyle, a business intended to build a future. That takes work. I’m aware of the impact time away to train and race has, manageable, but often leaving me playing catch-up on my return. I’ve ideas, but, it seems, rarely the time to develop them. There are those who make it work, I coach some of them, I can’t – I find it hard to be both a successful triathlete and an effective coach.

I want to perform better, but know I’m unwilling – perhaps unable – to dedicate the time, so I’m frustrated because while results reflect my present fitness, they don’t reflect the past. Do I continue to race, underperform and then write about how I suffered, or is it better to draw a line, step down and focus my attention on those other areas? I’m having more success as a coach than as an athlete and it’s as gratifying.

The truth is: I am not enjoying racing.

A comment on my Roth report observed, races have become a burden. They have. Knowing I lack motivation to train for results I’d be pleased with, I am reluctant to train; if I can’t commit fully, why commit at all? Four painful hours of running is a good answer, but pain fades. Before I know it I’m in T2 again having barely run an hour in training. Not fun.

This decision took time. I was already planning a break next season, I would have done it sooner were I not entered into races and falsely operating on the belief that I have to race. I don’t.

I’m remaining in the world of triathlon, building my business and developing as a coach. I want more contact with my athletes – training camps or weekends, supporting at some races. I will – of course – continue blogging, relying on my athletes to provide data for analysis and triathlon issues to consider. And I will still be training. I am refocussing on running, I have goals that excite me, that I can achieve without the commitments of Ironman. So I will race; just one rule: only single sport events. I’ll continue to swim and bike, but without feeling pressure to be race fit, just training camp fit (which is hard enough).

I will return to Ironman. When I want to race – really want to race – enough that I train hard and can put in a performance I’m happy with. Until then I’ll coach, I’ll help others achieve their goals; and I’ll run, I’ll chase my own goals there. This is just a time out. 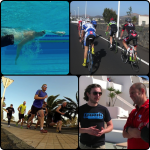