A month is a more than adequate break. Announcing plans to train seven days after Kona proved premature, aside from some hard rides punctuated by coffee stops I didn’t get beyond contemplation. After four weeks there’s no doubt I’m recovered and risking a slide into apathy if I don’t get moving.

Having set goals the missing piece is a plan. Spending hours building them for others you’d think I’d be good at it, but for some reason self coaching is harder. I’ve said all athletes lie and unfortunately also deceive ourselves. Building my schedule requires a constant reality check to avoid an impossible program derived from training PBs.

I decided the best approach was to treat myself like any other athlete I coach. Follow the exact same process and force myself to adopt an outsider’s perspective to my own training. What would I be setting a well trained athlete who’d taken a month off and experiencing run issues in his previous training block?

To start I needed a season plan, breaking the year down into phases around my events. It starts easily with a transition from sitting around to exercise before the main phase where I build the fitness I’ll refine in the peak. The peak phase of race focussed training and practice events leads to the competitive phase around the time I taper for Austria.

Defining a macrocycle is a new venture in self-coaching, the regularity of racing has previously excused me ‘just training‘. I could follow that approach, but having high level structure helps me focus on exactly how I should train. If clear macrocycle phases were a departure, putting in place mesocycles is even more radical.

The mesocycle is a block of around four weeks which targets particular areas of training and fitness. My history is built from incidental mesocycles around race recovery and tapers. I’d flirted with the idea leading to Kona having a run specific phase before a bike specific phase (partly injury induced). The next year sees me fully adopt it.

The season progresses through cycles of run focussed blocks, followed by bike focussed blocks and finally a mixed focus through the peak phase. These focuses aren’t about dropping other training, but I won’t work as hard on cycling whilst I’m focussed on running (I’m trying to keep swimming consistent throughout). There’s an element of experimentation, but I think this structure gives the best chance of delivering the run and bike improvements I need.

Planning with mesocycles is a mental crutch to stop me being led astray. I know when I plan microcycles the temptation is to sneak in more. Perhaps I could get away with it when training was built around volume, but it doesn’t work well with more precise aims. I need a constant reminder to keep my training load manageable and directed towards a goal.

Defining mesocycles also helps pull me away from attempting detailed plans through to the race. Like weather forecasts programs become increasingly inaccurate the further they are from the present. Phases of the macrocycle will largely be correct, the mesocycles might change depending on events, but I can’t precisely define a microcycle for two months time.

New for the 2011 season I’m only planning daily schedules for the coming mesocycle, roughly a month at a time. If I plan three months in advance I’ll be changing those plans a month down the line, I’m saving myself work and only considering the training I need to. As I end of one mesocycle I’m in a much better position to judge progression for the next. It works for my athletes so it should work for me!

My weekend of planning resulted in a season plan (hopefully leading through to both Kona and the ITU Long Distance Worlds) and a detailed two week plan for my transition back to training. I’ve not thrown myself into huge rides or hard sessions, the emphasis is on frequency. No attempt to be at peak fitness I’ll be happy to get myself ready to start the first run block of my build.

Once more I’m left to execute this plan. I’m certain the load is more manageable than before, I just wish the weather conditions would improve! I’ve forgotten what autumn and winter are like, my biggest challenge is leaving the warmth of my bed for the cold outside. 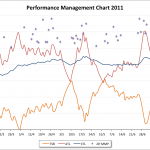