They are all here. Some journeys were more complex than others, but everyone has arrived and the camp officially started with a sociable run on the trails north of Sands Beach. In good training camp tradition (or the danger of not recceing the full course) my planned route went a little further off-road than I’d intended. At least we stuck to the intended sociable pace, a chance to get to know each other rather than to race (we’re holding a time trial tomorrow). 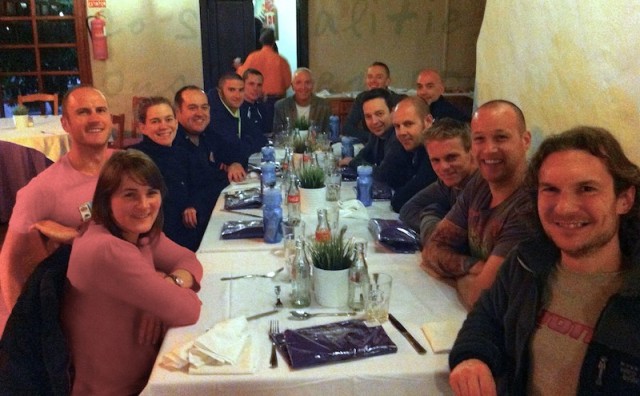 (next time we’ll have a better camera than my iPhone!)

Day one is a light day: a run and then a late dinner once everyone had arrived. The buffet went down well, portions were modest at this stage of the camp. After the food came the freebies with each athlete receiving a Bonk Triathlon t-shirt, a tube of Nuun with a bottle, a Huub swim cap and some GU Energy sample packs. And I took deliver of my On trainers to trial over the camp, comfortable for walking, I’m looking forward to testing them running tomorrow. 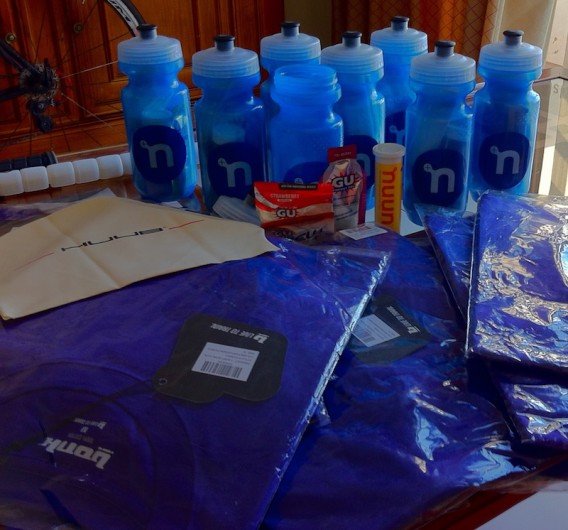 Tomorrow the real training begins. Starting at 7:15 in the pool for some short time trials to establish Critical Swim Speed; then a 75km bike, one of the easier routes available on the island; finally we’ll close the day with a 5K time trial on the roads.