The first swim session of the camp was a test of our athletes’ swimming, the pool’s early morning temperature and my competence with technology. The only outright failure was my perfect iPad timing solution which proved inferior to stopwatch with pen and paper. The pool is a little on the cool side and with the leanest athletes suffering the most – those that lasted the session – we’ve decided to move the swims to the afternoon. As for the swimming, not too bad, our Critical Swim Speed test didn’t quite go to plan, but we had the chance to assess everyone’s swim and can adjust swim sessions accordingly. 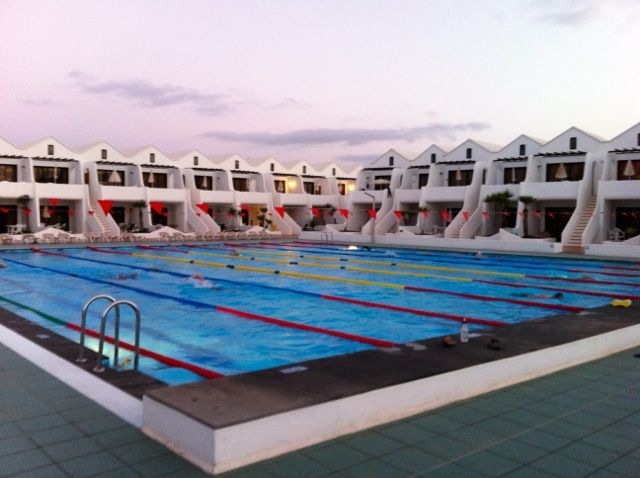 The second test was of organisation – getting cold and hungry athletes through breakfast and out on the road. A bit of pragmatism was needed and being a little behind schedule we postponed our ride and eventually headed out around 10:30am. Today was ‘easy’ heading out of Costa Teguise, to the middle of the island via the rough Nazaret road and then down to Famara and La Santa before returning via Tinajo and some lava fields. Only 75 kilometres.

There was, I’m told, some competition at the front of the group, but I’d stopped to help David, who’d dropped his chain 20 metres from the hotel door, and didn’t experience any of the fun and games. By the time we reached Famara two distinct riding groups had naturally formed and only 2 athletes were lost in the process. A phone call solved that one and while we regrouped Mark led the faster bunch on to finish the ride. My group consisted of those athletes who saw sufficient challenge in the hills, the winds and the distances without the need to race each other. We made steady progress around the rest of the route and started to practice riding in a pace line to share the load. 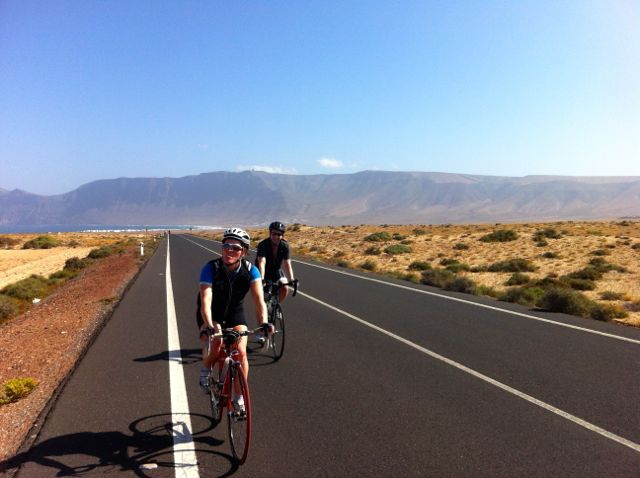 I’ll confess that not being bike fit I was suitably tired by the time I arrived home to Sands Beach Resort.

The final test of the day was a 5K time trial (technically 5.4K according to the numerous Garmins on camp). Seven athletes braved it while I – happily – sacrificed my own run to time and film the event. Despite the swim and bike two 5K personal bests were set along with a sub 20 minute performance on a windy and hilly little loop. A good finish to the day before we hit the buffet. 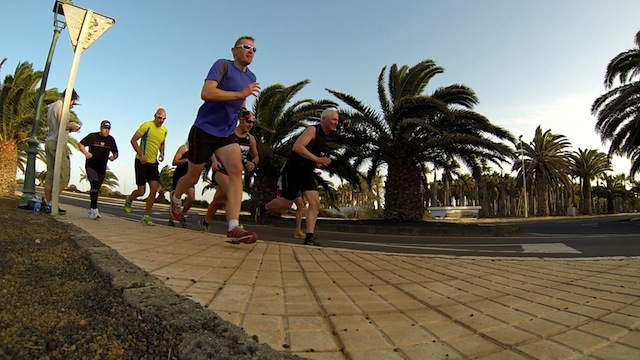 It’s the end of day two. I’m tired. The athletes are tired. There are five more days to go. Today’s trials should have used up some of their excess energy making training more measured and controlled for the rest of the week. There are some big stages still to come and plenty of enthusiasm to complete them.