The pressure is getting to me. Two races last week and this weekend Ironman Brazil – that’s a lot of results to add to my database. I don’t want this post to come across as rushed, but the truth is it is. I’ve processed the data and produced the graphs, it’s just the words I don’t have the time for today. So let’s get straight to the charts and I promise to put more thought into the post-race report.

I associate Brazil with heat and hence expect slow times, but the data doesn’t appear to back me up. The four distributions of splits above have healthy left skews with peaks faster than the average. These graphs are indicative of a fast race, not so surprising when I look at the flat course profiles. Yet in my 2012 Ironman ranking, I found Brazil close to the bottom. Not discounting the limitations of this ranking there are also problems with the data – 2011 is excluded due to missing splits and 2012 had quality issues. Considering 5 years as a whole though and Brazil is a faster than average course. 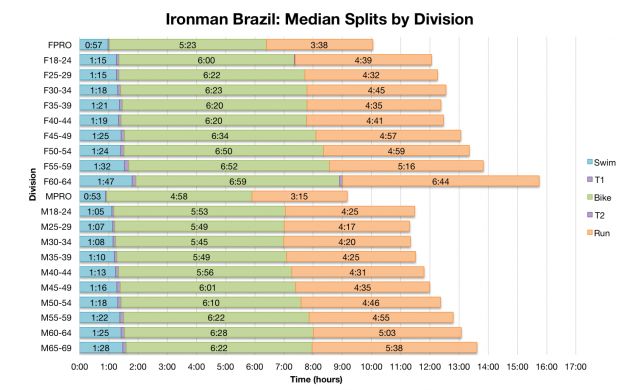 Looking into the median times for divisions clarifies the issue further. In the age group ranks averages are faster than many other races; compare them to the recent results from Ironman Texas for example. Some of this will relate to the athletes – Brazil mainly attracts South Americans, with US athletes making up little more than a third of the field. Based on the times above Brazil appears to be quite fast; I suspect this is a combination of a reasonably fast course and relatively few back-of-pack athletes. 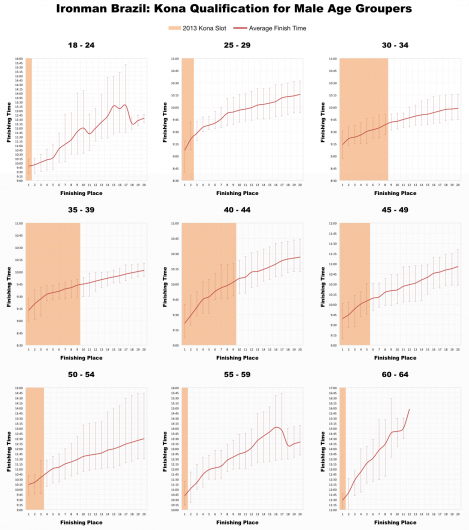 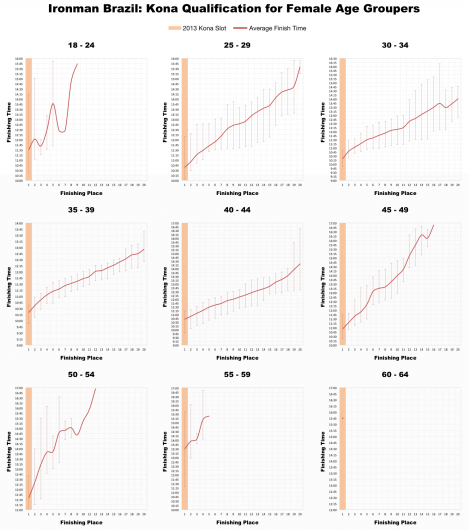 The provisional Kona slot allocation is already on the Ironman Brazil website which saved me some calculations for the two charts above. Few women race in Brazil and that means you need an age group win to be sure of securing one; for the men there are more to go around, up to 9 in some age groups. More opportunity and quite broad spread of qualifying times in some age groups.

I’ll admit it – I don’t know enough about the event to fully place it in context. So I’ll be interested to see how this year’s race goes; hopeful that the results data is good and I will have more time to appreciate the event. On paper it looks like it could be an interesting alternative Kona qualifier with good opportunities for strong male athletes. 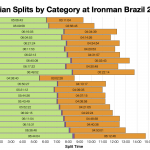 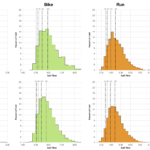 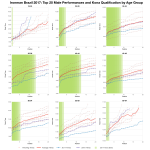 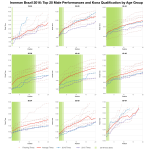