Any idea I had that Ironman Wales might see fast racing in favourable conditions was proved wrong on Sunday. As pleasant as the weather was where I was staying on the Cornish coast, it doesn’t appear to have translated to fast performances over in Tenby. This year’s race was clearly slower; finish times taking a significant knock from the front to the back of the field. 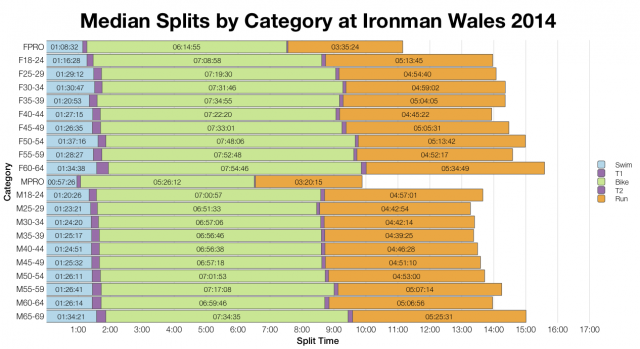 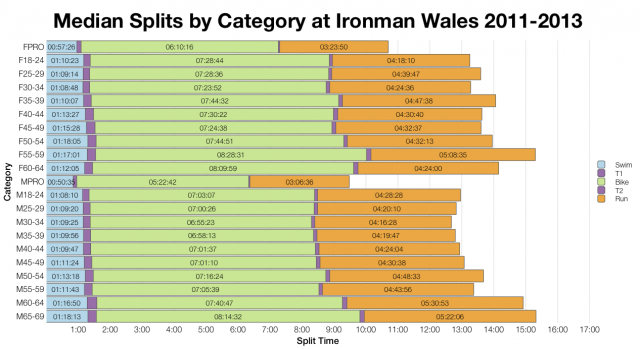 Let’s start with the medians as usual. On the bike there isn’t much to note, times vary, but without a significant trend. The swim and run on the other hand saw a massive drop off in time this year with the swim average dropping by 15 minutes and the run by 20. The impact at the front of the field was only slightly smaller.

Comparing the split distributions probably makes the shift a little clearer. The impact on swim and run times at this year’s race is massive as is its knock on to the finishing distribution. Interestingly, a quick check suggests that while the race proved much slower there wasn’t a major change to the DNF rate in Wales. It was tough, but athletes got through. 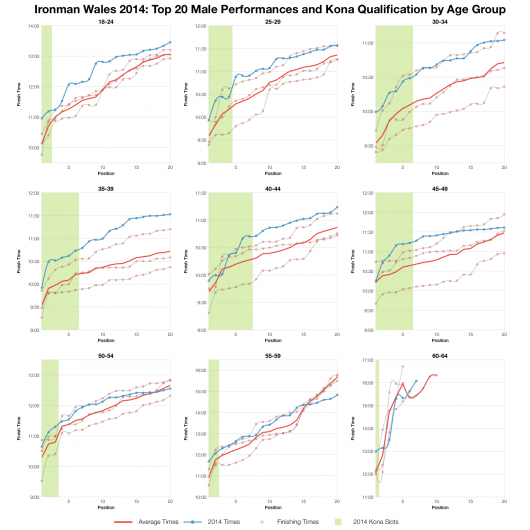 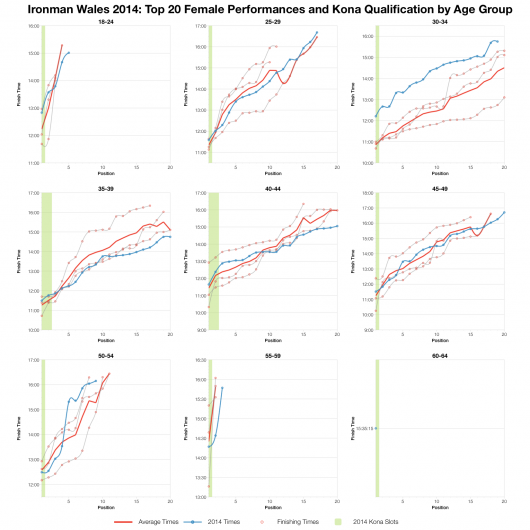 Times were generally slower from the front to the back of the field, but it’s particularly obvious at the front of the male age groups. In some cases this year was the slowest so far. The trend and drop off in finish times over the top twenty wasn’t too disimilar to previous events just slower. In the women’s race this year’s times actually came up much closer to average – F30-34 being the only exception there – while the group averages were affected, the very front of pack performed on par.

Having been away for the weekend I’ve not had chance to fully review my athletes’ reports from Ironman Wales. Hopefully I’ll build a better picture as to what made the event so much slower this time round. Feedback and comments on this are welcomed below.

You can access a spreadsheet of the results and all splits for Ironman Wales 2014 on my Google Drive. 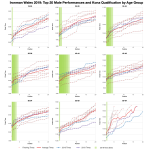 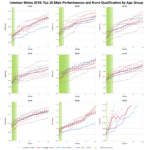 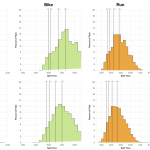 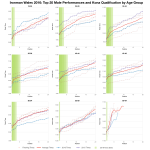