Another set of three swim sessions coached for the local triathlon club. These are steady sets supporting an emphasis of developing technique during the off season. 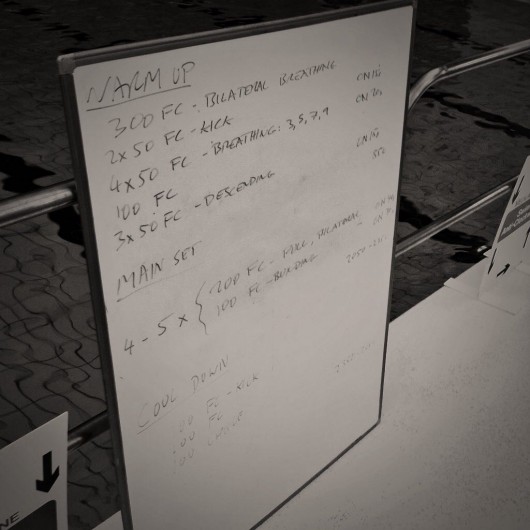 Tuesday’s focus was breathing patterns. Bilateral breathing isn’t a problem for many of my swimmers, but for those who are more comfortable breathing to one side it’s good to break that pattern occasionally. On the other hand, breathing every 9 strokes is more challenging, it’s important to relax and not race for your next breath. 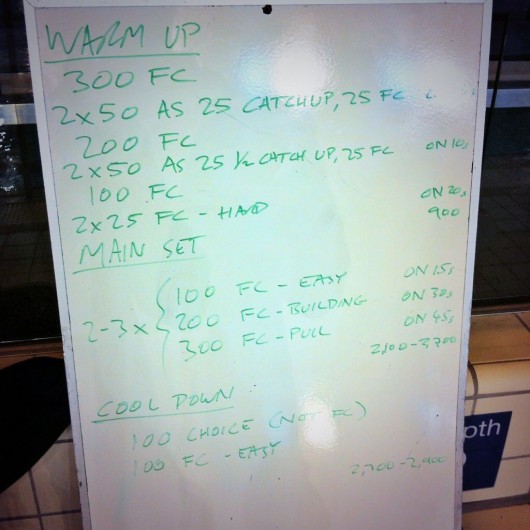 A little bit of work on stroke timing using catch up and then half catch up (starting the stroke a little earlier than catch up – as the hand enters the water) in the warm up and then emphasising the acceleration of the hand through the stroke during the main set. 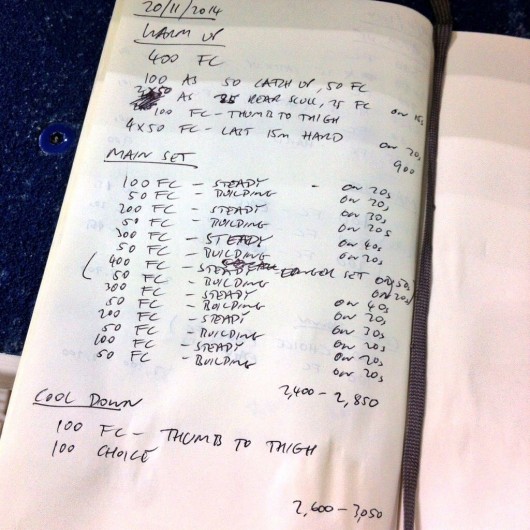 Finally, knowing the swimmers I was working with I started with drills for timing and for finishing the stroke. A main set pyramid interspersed with short, faster reps made up the bulk of the session, again we carried through the emphasis on finishing off the stroke.