A look at the DNF and DNS rates at Ironman Texas 2013. It is impossible to completely distinguish DNS from DNF in the Ironman.com results as an athlete who DNS and one who DNFed during the swim will appear the same. For that reason I estimated that 4% of swimmers would DNF in each age division (unusually high, most evidence suggests the average is less than 1%) for the estimated figures. The final result of a 13.1% estimated DNF rate would place Texas at the higher end of the DNF scale.

Roe more information on DNS and DNF at Ironman and the background of these estimates, check here: The Reality of the Ironman DNF 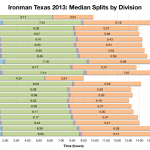 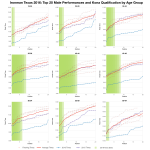 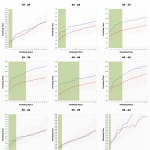 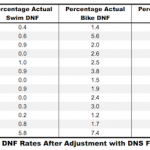 The Reality of the Ironman DNF