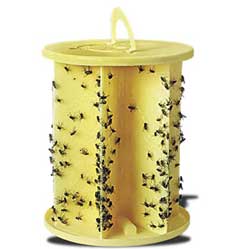 Warm weather has arrived and with it the benefits of training in the sun. Also the downside as I become human fly paper, every insect seems to aim for my face. I suppose I can’t really complain I’ve spent so long asking for this weather.

Training has gone well this last week, I did a weekend of lots of cycling, over 400km in total. I felt pretty strong throughout it too, power did fall off after the first day as fatigue took some toll, but still I could hold a solid effort. I’ve followed that big biking weekend with a bit of a focus on running this week, up to around 50k run over the last 3 days and the weeks not over. Whilst the volume is fairly high, the pace has been pretty easy my aim has been to keep the overall daily effort down for a few days before this weekend. More biking this weekend and then a few more days hard work before I’ll take it easy in preparation for Iron CAMP in France.

For my third ride of the long weekend I decided to do an old route I’d not used in well over a year. I headed down towards the town of Alton in Hampshire (not the home of the theme park) and then up the hill in Beech Village. I’ve no idea why I’ve not done this ride in so long, it’s actually quite nice, the hills seem to have got a lot smaller though. The advantage of villages having their own websites is I now know that the climb at Beech is actually “one of the highest points in Hampshire” which I guess is almost a claim to fame. My memory of it from a year or two back was as a tough climb after a long ride. Sure it kicks up at the end and needs a bit of work, but not that much, it’s actually a pretty easy climb. 217m above sea level just isn’t very much…

Now I’m converted to tracking my training electronically I’m starting to discover some useful tools I can use. I’m increasingly fond of the WKO+ performance manager which now has the option to save the graph as an image ideal for adding to blog posts! But it’s interesting to see how the training load has increased over time and the signs that I am improving. The concepts of TSS and CTL and ATL that are used by the chart make a lot of sense to me, but then I like to see things reduced down to numbers and data. The real test is going to be seeing how this corresponds with my training and racing – I’ll be interested to see how the taper for Ironman affects the numbers and how I race off all this. Data is great, but in the end if it tells me nothing about my fitness it’s not much use.

Additionally TSS is now utilised for the run too, so I can get a training load for each run I do. Without GPS and altitude it’s not entirely accurate, but it gives me a rough guide as to how that’s going. There’s also some interesting run pacing divisions based on threshold pace and this training load model. I’ve started reading a little into it and a lot relates to Jack Daniel’s VDOT model which I also liked. I’m keen to try to move to integrating a more data driven system to my run training. I do far too little at an easy to steady pace and nothing much above, as I get nearer to my key races I need to pick that up.

I’ve just finished reading Risk: The Science and Politics of Fear which I thoroughly recommend. Before starting it I was a little unsure if I’d enjoy it or not, the author didn’t necessarily have the credentials to cover the field and I am sceptical about journalistic coverage of science. Overall I’m more interested in the science and psychology of risk than the politics, but a very good job is done to integrate the two. I was familiar with a lot of the science from other reading, but it was well covered and explained. There’s lots of examples of our mistakes when it comes to judging risk and this is tied back to the science and the roles of the media and politics. I come away from it perhaps not shocked by the statistics or examples presented, but frustrated to see the ways our fears are abused.

I was particularly interested to read about the Cultural Theory of Risk and how in tests those categorised as Individualists tend to assign less risk to things than other groups. Interested because I would largely fit in that group and I think it would also be fair to say I don’t strongly assign high risks to things. I’ve generally been frustrated by a lot of the fear mongering seen in the media these days, sometimes as it doesn’t make scientific sense to me or sometimes simply because I do not see the point in living in such a state. Ultimately it comes back to my views on personal choice, responsibility and the need to be self-reliant. It’s not that I don’t fear things (sharks!), but I do tend to recognise or realise that most of my fears are bigger than the actual danger. Of course this will be fine until it turns out I’m wrong!

Still waiting on Blogger to check my blog, decide it’s not spam and open it up again so I can import the posts here. Seems I may have to wait a while on that one though, until it happens things will be a bit sparse on here. Next post I promise less science of training.

Out with the old

Justifications Part One – The Big Picture