Fourth day as an athlete and you know I have a lot of time on my hands… Today is an easier day because knocking out 12 hours of training in 3 days after 2 weeks away (however active and strenuous that was) is taking its toll. By easier I mean somewhere around 3 hours of training… It’s all relative after all. 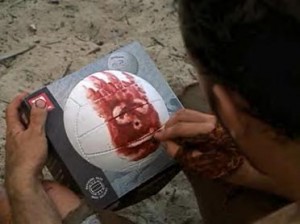 What easy day does mean is more free time and not much to do. I have to admit that whilst I’m only 4 days in I’ve noticed the lack of human interaction. To avoid insulting anyone I’ve spoken to via text or IM, I mean direct human interaction. Certainly I’ve spotted a few changes since I’ve got back. For instance should I have the opportunity to chat with someone I will chat as much as I can. Clearly I’ve recognised these are a scarce resource and am making the most of them when they occur. Suddenly I’ve got on top of my email and am actually contacting people I’ve not spoken to in ages (if I haven’t contacted you, sorry, send me a mail I’ve time to reply). I may even have sunk as far as to text someone essentially saying “I’m bored, talk to me”! 4 days into an entire year and I suppose it’d be fair to be a bit worried, but to be honest once I’m in Oz and training with squads things should be much easier. The thing about being a full time athlete when everyone else around you isn’t is there’s not many people to train with at the best of times.

The past 3 days I’ve been riding without any specific objective, I’d make claims about them being easy rides, but honestly they were all over the place. Lots of steady and above efforts followed by glycogen lows, recovery and then back to the moderate pace. Carbs is something I need to get sorted at the moment, my calorie output has shot up and getting the balance right (especially without resorting to junk) is tough. That’s an aside though, whilst I’m out riding very occasionally I’ll see another cyclist. Not having specific goals in mind I’ll think, maybe I can ride with them for a while, I’ve even detoured to catch up a cyclist. What happens though is I meet them, I sit up and say hello and if I’m lucky get a reply. Then I drop them, not intentionally, I’ll not be going hard, but they’ll vanish. Yesterday I saw a guy come off a roundabout 20m back from me. so I kept a comfortable pace thinking he’ll hop on my wheel. Nothing. I ease off more, he must be easing off too. There’s a headwind, my wheel is there and I’d happily have pulled him all the way to Goring, but short of stopping he wasn’t going to come close. Is it something I’ve said?

Enough with the self-pity and loneliness… It’s been pointed out that the problem is I’m used to a schedule and I don’t have a proper one right now. I’m in a transition between office life and athletic life, a break in training and my next race and life in the UK for life in Oz. Things will settle into a routine in time and then I’ll be happier!

My idea was a clever segue from the mind games of starting out full time training and into the my issues with mental focus. I don’t think it was going to work well, so here we are – my issues with mental focus. An interesting insight to come out of my 2 weeks in the Alps was the way I approached each day of climbing. I’m not a very strong technical climber, though I’m obviously pretty fit. Each day I would generally find myself quite nervous about the day ahead, unsure how I’d cope or whether I was up to the task at hand. Each day I’d manage fine, not always doing everything right, but getting through the day without serious issues. Then I’d look back and be greatly satisfied by what I achieved. What this showed me was how my expectations genuinely impact my performance. My outlook on the climbing was an influence each day and I think to an extent held me back.

That same doubt I had throughout my weeks of climbing is present in the build up to my races. I can’t quantify its impact on my performance, both in terms of races or training for them. Particularly in races where it’s not uncommon to look back and feel you could have done more, at the same time you do push yourself throughout. In Switzerland for instance, much as I was unhappy with the result and certainly put myself under a lot of stress in the build up I’m not sure I’d put performance issues down to mental focus. At least not within the confines of 10 hours of racing, but in the build up perhaps it was an issue.

How does doubt impact my training? I’ve experienced it in 2 ways, the most obvious is ‘avoiding’ a tough workout. This can go from the most extreme case of deciding you’re not up to it and doing something else (I still trained one way or another) through to lowering targets or bailing early. Sure sometimes it’s reasonable when fatigue or otherwise is involved. An interesting point put to me today was how much of my post-Switzerland peak was really a lack of self-inflicted pressure? I had one ride within a fortnight of the race where I comfortably pushed at or above my usual efforts, but maybe this is something I could have done before if I wasn’t stressing myself. The other side of doubt which I am particularly guilty of is where I train just that bit more from fear of losing fitness or not quite preparing enough. I know there are plenty of people out there who have done this, it’s an easy trap and one I suspect I fell foul of prior to Switzerland. The difficult part is noting exactly where it went wrong, Epic Camp might be an obvious target, but I had a good 4 weeks after it to recover. My suspicion is I went into it fatigued and dug a bit deeper once there. Then the other side I put in one more week of solid training where I would have done better recovering.

It’s not the first time I’ve blathered on about mental issues and cathartic as it may be to do so in public it’s only helpful if I have plans to move forward. A good training program with a schedule should eliminate excessive training when combined with a realistic assessment of my state of fatigue. Training with others will be a big help in terms of hitting targets, the right training partners can make a massive difference. Also I’m well aware that I perform much better when others are in some sense depending on me. Looking over the past couple of years leads me to believe racing more often is a benefit for me. Not just as an intense workout, but because it gets me used to competition, makes it the norm and in turn eases race stress. The races are already being entered so I’ll soon get to test this theory out.

Sorry, went on a bit there. I’m officially closing this topic for now.