It’s amazing how despite having a busy week you can be left with so little to blog about… Rather than remain totally silent, I’l break the nothing interesting no blog rule again.

In 5 days time I catch a flight to Australia, in fact it’s now less than a week till I’ll be there. I am both excited and nervous, honestly can’t wait to go, but you start to realise what a big change it will be. Interesting, OK, vaguely interesting statistic, 6 weeks is the longest time I’ve ever been without passing within 1km of the place I was born. Actually, that’s probably not unusual, I have no idea what the average is. It will however be a contrast going from having a number of run routes that pass 20m from the house you grew up in to living in near enough the furthest country you could choose. That said warm sunshine and miles of beaches should be adequate compensation. Despite a last ditch attempt by the weather to convince me it’s not so bad I can’t wait to leave the cold and rain behind.

Training this week has gone reasonably well. I have to admit that weather has at times sapped my enthusiasm and it’s getting harder to pick a bike route that interests me. I think knowing that it’s all change in a weeks time and I’ll be in my (hopefully) ideal training environment makes it that little bit harder. I’ve alternated between days of big training and then a lighter day where I’ve got something done ready for departure. It doesn’t feel consistent or like I’m progressing right now. Realistically though I started the week still feeling the effects of the Worlds and I’m finishing feeling like my bike legs are coming back. Essentially that was my objective for the week and I can’t be surprised that I’m not at full fitness yet. One plus of the week is I’m at 15k of swimming with one more session to go which I hope will get me to 20k. That’s the sort of minimum swim volume I want to stick to in Oz. It was interesting listening to Gordo’s podcast with Chris McDonald who felt 20-25k per week was the minimum he needed to stay swim fit. For those of us who didn’t start in the water young it takes a lot of hours.

A while back I posted about being too heavy and proposing a diet largely devoid of certain food types. Gong to Switzerland kind of spoilt that as both bread and cheese are staples. I would describe my current diet as unrefined. That’s not the sugars, I’m getting plenty of fast sugars right now. I’m just not worrying about it, it’s another thing that will get dealt with in Oz. It’s not really bad, I just take advantage of the fact I can eat a lot when I train a lot. I have however discovered a possible alternative training diet, fish and chips! Ok, its hardly healthy eating, but there you go, I like it, rarely have it and it was offered. One huge portion and then 90 minutes later a 3 hour ride where I was too full to eat anything the entire time. Despite this I was going pretty well and felt stronger towards the end. I’ll hold off on using it as pre-race food for now though. I know there are others out there trying low carb approaches, low GI approaches, avoiding or limiting refined sugars and to my relief I read one pro’s blog where she eats plenty of refined sugar. I’m just throwing this out there as another option, so much saturated fat you can’t face food.

That’s the diet, the training and so far plenty of randomness. The questions? What should my third Ironman be next year? I’d like a backup in case I miss out on Kona in the Oz races. I’m holding out for now to see what comes of the UK race for next year, if it’s September again then I can’t see me doing it. The alternative is Lanzarote which gets a fair few Brits and could be a course that suits me. The only downside is it means coming back from Oz a few weeks earlier than I’d like. Slightly less focussed a part of me wonders if I should try to qualify for the Olympic Worlds on the Gold Coast next year. It’s really not my thing, though I’m planning to race some of the Australian series and maybe all the training will give me just enough speed at the distance. Another way to view that is it’s one big race too many and that’d be a fair point. As you can see life as an athlete leaves you with a lot of serious issues to deal with!

That’s it! I can’t string it out anymore. I’ll post at least once more before I leave. Probably with exciting tales of trying to get a bike with 2 sets of wheels into a bike bag. And whether a packing list that on paper looks like it’ll fit into a 90 litre duffel bag actually will. 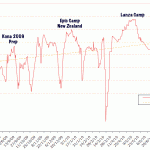