☰
Home > Road Trip! Off to the Sunshine Coast for the Noosa Triathlon Festival

Road Trip! Off to the Sunshine Coast for the Noosa Triathlon Festival 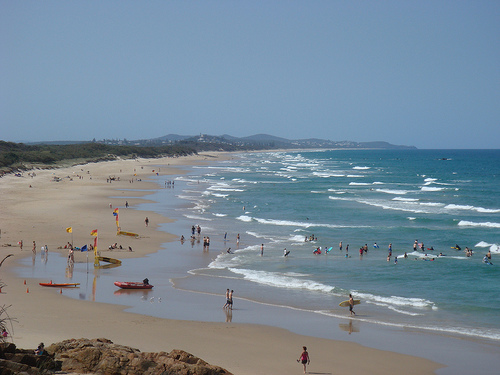 As I don’t have the results yet, I’m not going to report much on what happened at the Noosa Tri. I’ll save that for tomorrow. I came in at about 2:15 and have no idea if that was good or bad. It was a non-wetsuit swim because the water was nearly 25, there was a strong wind on the second half of the bike and my legs felt flat for the first half of the run. The only conclusion I’ve drawn so far is I won’t worry too much about qualifying for worlds, Olympic distance isn’t my strong suit!

Ignoring the race that took me up there, I really enjoyed my trip to the Sunshine Coast. I stayed at Coolum and spent my time at the quieter northern end of the coast. It was a nice change of pace from the Gold Coast, relaxed small towns and quieter roads. In fact I enjoyed it enough that if the budget allows I think I’d like to spend a training week up there sometime next year. 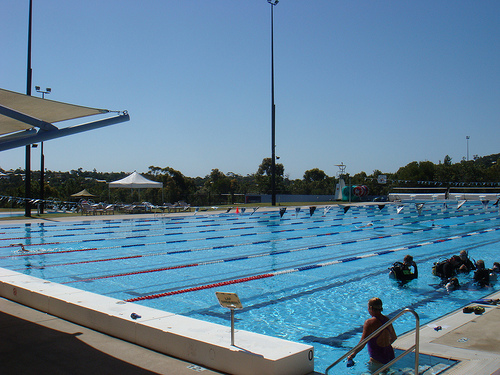 I headed up on Friday having got an early morning run in and with a plan to swim at the Noosa Aquatic Centre at lunchtime to minimise travel’s disruption of training. I had a vague plan of adding a bike on to the end of the day, but that one never happened. The NAC was another typical Aussie pool facility, a nice big 50m pool, warm water and my pick of lanes. So there I a doing a set of easy 500ms when I notice this woman going past in the next lane. She’s wearing an Aussie swimsuit and written on the back is Snowsill. I can’t be too disappointed to be easily lapped by an Olympic Gold medallist. I took the opportunity to watch her technique and wonder how someone so small could move so quick through the water. As proof you can just see Snowsill coming into the wall on the left of the picture of the pool 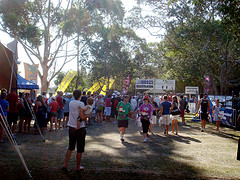 Training done I headed into Noosa itself to register for the race. As part of the relaxed approach to races I like to get things like registration done as early as possible and out the way. Given I had to wait 15 minutes when I joined the queue before rego opened I’m glad I opted for this, it was getting pretty big. I then wandered round the expo which was mainly an opportunity to grab any freebies I could, energy bars, copies of Men’s Health with shower gel and vitamin tablets. I also got to experience some bizarre stall trying to persuade me their stone medallion would make me stronger and could also alter the form of water to make it more beneficial!

That was it for me and the race venue, so I headed out of there and over to Coolum and my motel. The worst aspect of the Noosa Tri weekend is accommodation costs in the region spiral. However if you are willing to be a 15 minute drive from Noosa itself you can still get reasonable prices. Budget being an issue I was willing to lose some sleep race day and have to drive into Noosa. As it happened the motel was pretty decent and quiet, plus being away from the crowds at races is always a good thing.

Saturday I was out the door on the bike at 5:30am with a rough plan of riding up to Noosa and going on from there. Fortunately I met a guy called Michael from Melbourne who was familiar with the region and riding at a decent pace. We rode up to Noosa and he showed me round the race course. I also learnt a lesson about focus and motivation, when I set out the door that day I have to admit I wasn’t into the ride. I had to pick up pace to stick with Michael, but once I had it was no problem. Come the race course and I gave a decent attack on the single climb of the route. I should mention that Michael was in his 60s and could still put in a good effort on the bike even if he insisted he was holding me up. He’s spending his retirement taking cycling holidays with his family all round the world, hopefully I can do the same at that age! 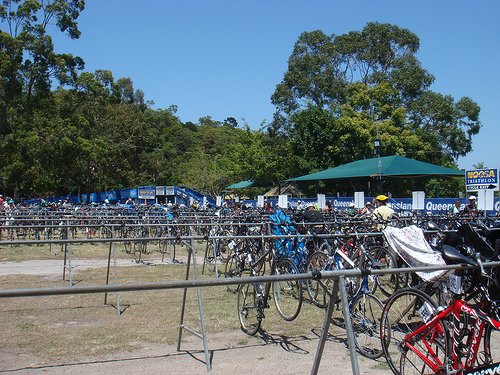 After the obligatory run off the bike and brekkie (I’m practising my Aussie expressions). It was back to Noosa and drop off the bike as transition opened. Free racking is quite common here so it pays to get there early and have your pick of spots. With a few 1000 bikes in total lining yourself up for easy sighting is a must! I headed back to the expo for another round of freebies, to help make up for the disappointment of the race singlet being too small again. Then all that done I went back to the pool for the last bit of training that day (free voucher for entry this time). No Olympic champions there this time, instead a large red inflatable rocket for kids to run along. Then it was back to Coolum to chill out in the coffee shops I’d been recommended. 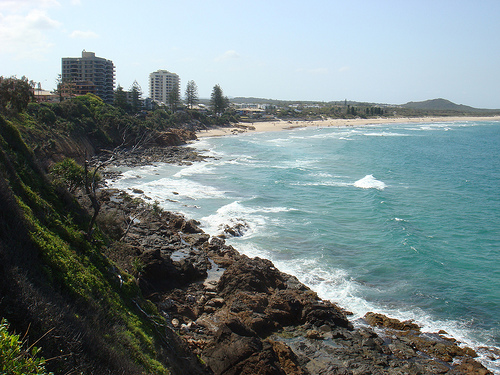 That pretty much brings me to the race day itself which as I say, I’ll cover in detail tomorrow.